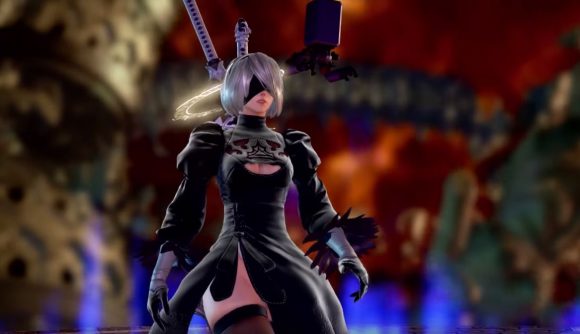 SoulCalibur VI 2B Release Date Set for Next Week

If you’re not familiar with 2B or NieR: Automata, the action-RPG is made by the fine folks over at PlatinumGames (Bayonetta), and is published by Square Enix.

Here’s the official description from Bandai Namco regarding this new fighter:

A new guest character will be joining the stage of history! Meet YoRHa No. 2 Type B from Square Enix’s NieR: Automata. 2B and her dual blades, Virtuous Contract & Virtuous Treaty, are designed for combat against machine lifeforms, employing acrobatic leaps and mid-air slashes, lightning-fast evasions and perfectly coordinated strikes! She will be making her way to the #SOULCALIBURVI along with her own stage and background music.