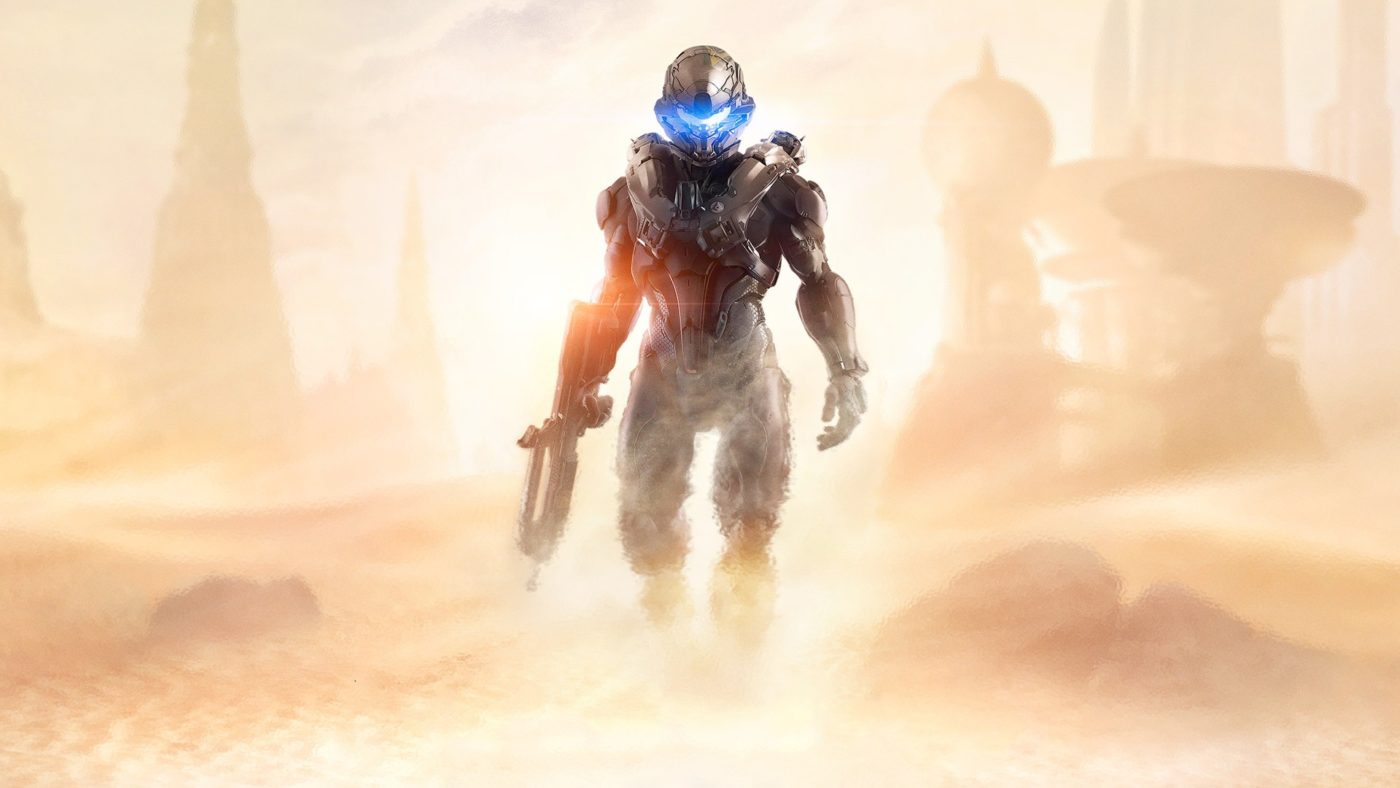 A Microsoft representative has told IGN that “The recent rumors regarding the release date of ‘Halo 5: Guardians’ are false.”

It’s a bit of a long shot, but there’s a small possibility a new recruit to the development team at 343 Industries may have let the released date for Halo 5: Guardians slip.

Earlier on this 23rd day of October, Pro Halo player Michael “StrongSide” Cavanaugh celebrated his new-found position at 343 Industries to work on Halo 5: Guardians by tweeting out a picture of himself along side 343 Community Manager Andy “Bravo” Dudynski hanging out in front of a giant banner of the studio’s logo:

I’m extremely happy and humbled to join the the 343 Industries team to work on @Halo 5: Guardians! pic.twitter.com/BI7csQK9hR

As NeoGAF user Big Jeffrey pointed out, if one were to interpret the red timer underneath the giant banner as a count down timer, it would point to November 10, 2015, which happens to fall on a Tuesday, a day of the week in which most games traditionally launch. Meanwhile, Halo is no stranger to November releases. Halo: Combat Evolved, Halo 2, Halo 4, and the upcoming Halo: The Master Chief Collection all happen to fall on an early November release date.

To add some fuel to the speculation that is currently running rampant, the first-ever gameplay footage of Halo 5: Guardians will be broadcasted on November 10 of this year during the recently announced HaloFest, which would conveniently put the game’s gameplay debut exactly one year before its launch. On top of that, 343 studio head Bonnie Ross said earlier that Halo 5: Guardians’ multiplayer beta, beginning this December, is roughly “a year out” from the game’s official launch in order to ensure a sufficient amount of time to act on feedback.

It should be noted that 343 Community Coordinator Tashi took to NeoGAF shortly after the discovery in an attempt to debunk any speculation, writing, “lol that, ‘clock’ reads different numbers everyday. I don’t think anyone actually knows what it’s for.” Whether it’s the truth, or damage control, we can’t be sure. That said, a clock that counts down to something does read different numbers every day.

As of this writing, we’ve yet to hear anything else from 343 or Microsoft officials.

Our take: It’s not likely 343 would mistakenly let a new recruit post an image on social media that clearly indicates Halo 5: Guardian’s release date, even if indirectly, but it’s always fun to speculate, especially when certain conditions line up. While the 10th is up in the air, the month of November is a very likely release candidate for the game.

What’s your take? Do you think 343 just accidentally revealed Halo 5: Guardian’s release date? Sound off below!