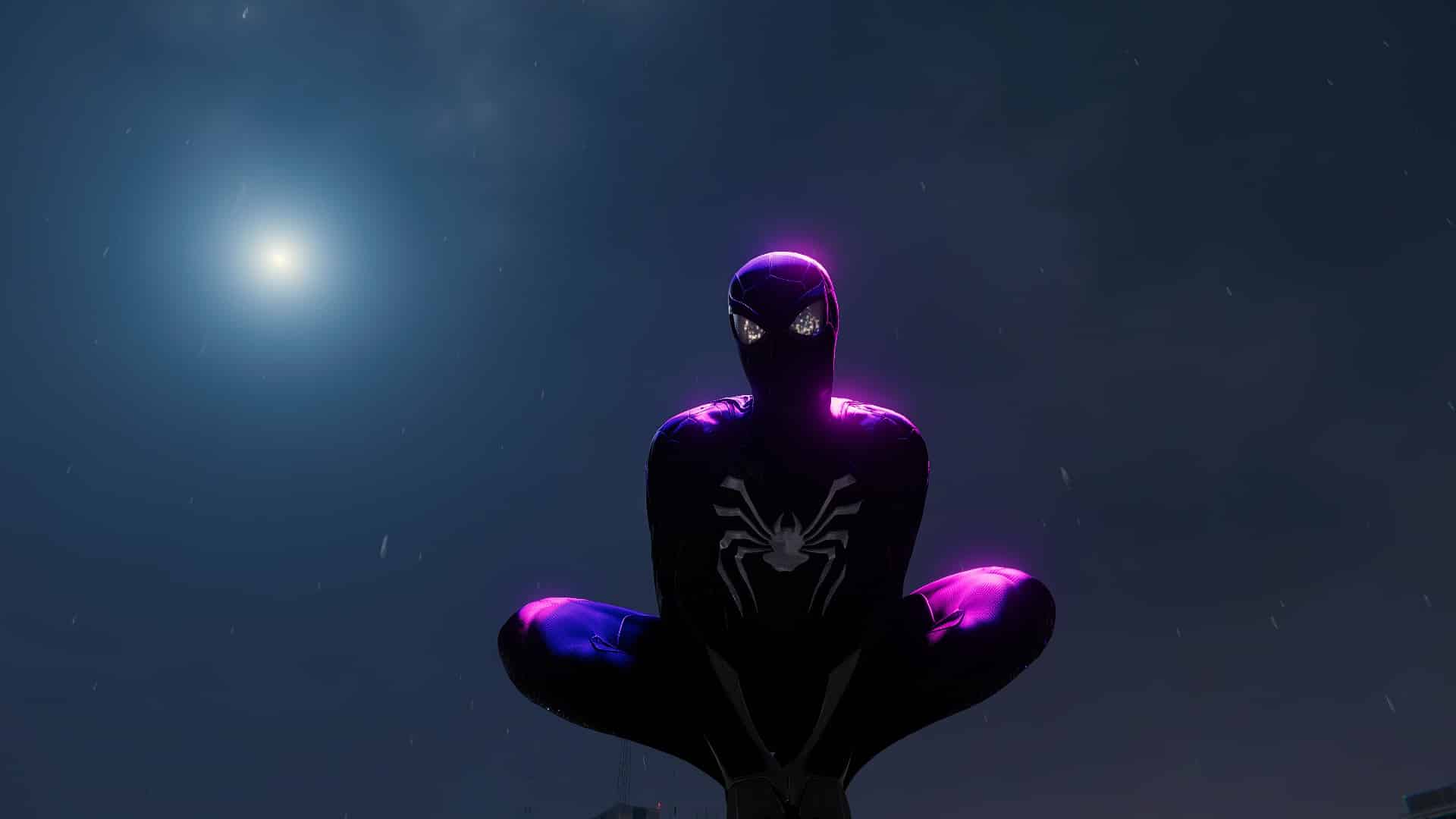 Not even a full day after its release, and we are already starting to see some impressive Spider-Man Remastered PC mods. Unsurprisingly, some of the first available mods are centered around adding new suits, one being a fan favorite, the Spider-Man black suit!

Created by JoshJedi920 (whom you may know from their previous PS4 mods for Marvel’s Spider-Man) this Spider-Man Remastered PC mod adds a tweaked version of the advanced suit, only in all black.

It’s a simple change, though one that certainly does the trick.

For those unaware, the original release of Marvel’s Spider-Man never saw a variation of the black suit, despite featuring a number of different suits from the comics, and even one from each of the mainline Spider-Man’s films. The reasoning did eventually become obvious when Insomniac Games announced  Marvel’s Spider-Man 2 for the PS5 back in 2021, and that it would feature Venom, who is the reason why Spider-Man got his black suit to begin with, as it’s technically not a suit, but Venom itself.

While this may not exactly be what Insomniac has in store for when they do (or if they do) officially debut a black suit, nonetheless, it’s still a cool mod to see. If you are interested in trying out the modded suit yourself, you can do so via the Nexus Mods page.

Of course this is just the start to what the PC community will be doing for mods for the title, and as with all things, if you give it more time, I’m sure there will be some insane mods released in the coming months. For now, have some fun, and hopefully that Amazing Spider-Man 2 suit mod is making some progress.

Saints Row Car Customization Shown Off in a New Trailer