While the PlayStation 4 has no shortage of exclusive (and great) games coming to the console, pencil another one in for later this year! Marvel’s Spider-Man, which is being developed by the folks over at Insomniac Games (Ratchet & Clank, inFamous), has now been confirmed for a September 7 release date!

Announced by Sony over at the PlayStation Blog, the Spider-Man PS4 release date isn’t the only thing revealed today, we’re also shown the box art, and the Collector’s and Digital Deluxe editions too! Before anything else though, check out the box art. 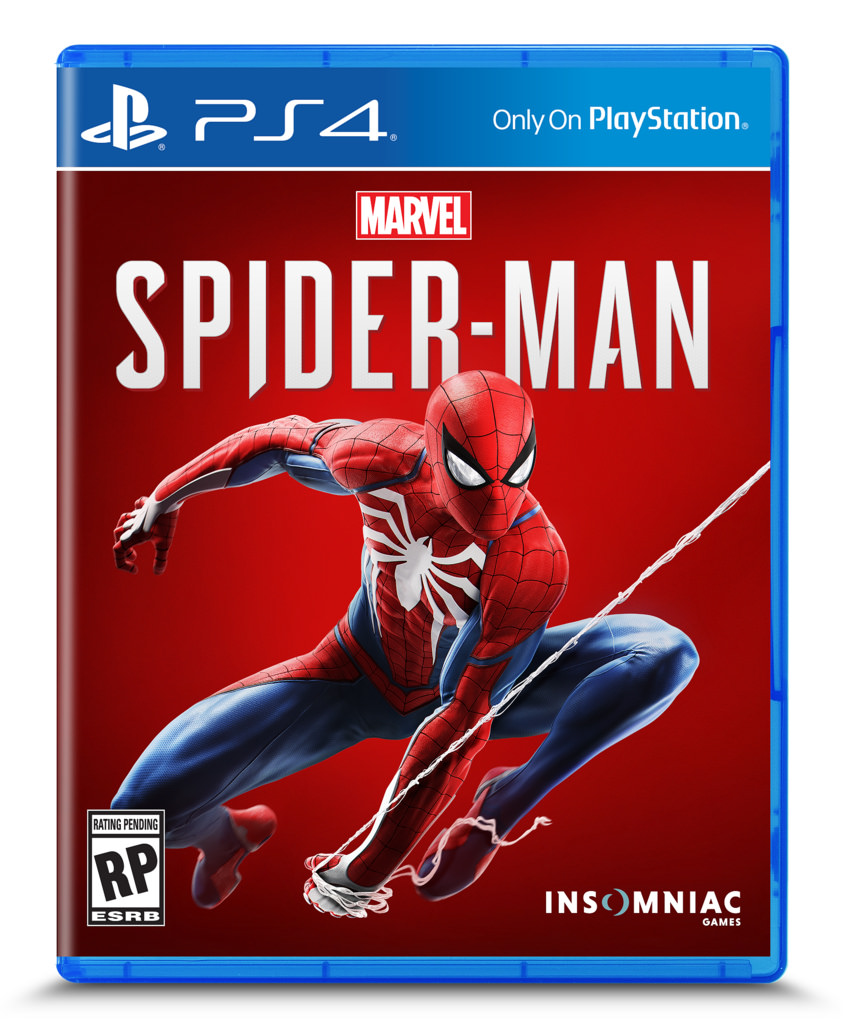 Not that exciting? Yeah, I thought so too. However, the Digital Deluxe and Collector’s editions kind of make up for it. Check each one’s contents below. 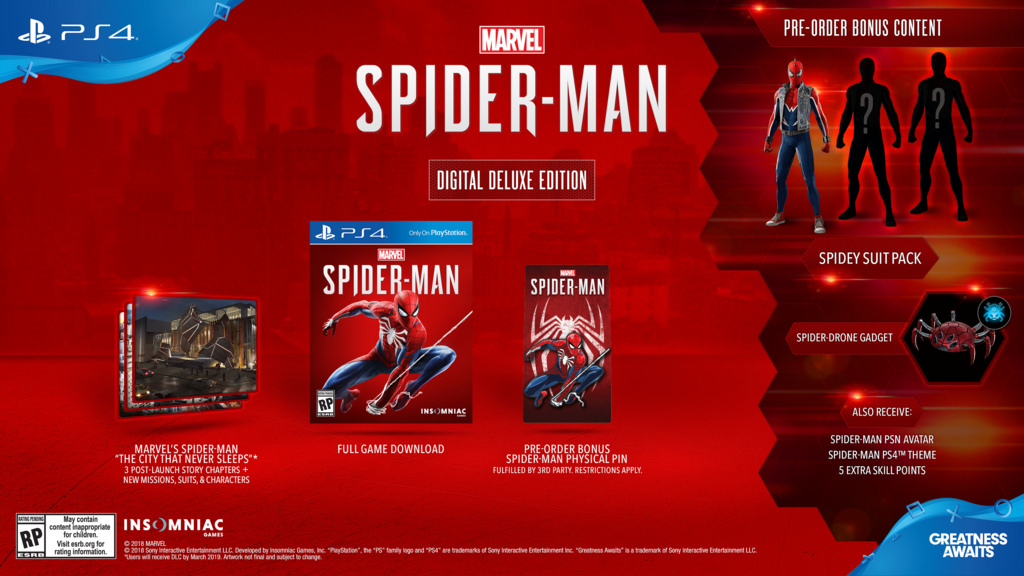 The Digital Deluxe edition of the game ($79.99 MSRP) will include a copy of the game as well as new story chapters with our post-launch DLC series – Marvel’s Spider-Man: The City That Never Sleeps. That’s right, we’ll be supporting the game post-launch and you’ll be getting three new chapters each with new missions, new villains and characters, and additional suits for Spider-Man. More details on that a bit later down the road. Buyers who pre-order the Digital Deluxe edition will also receive by mail a limited edition collectible pin (only available to residents of US and Canada) featuring Spider-Man as he appears on the cover art for the game. 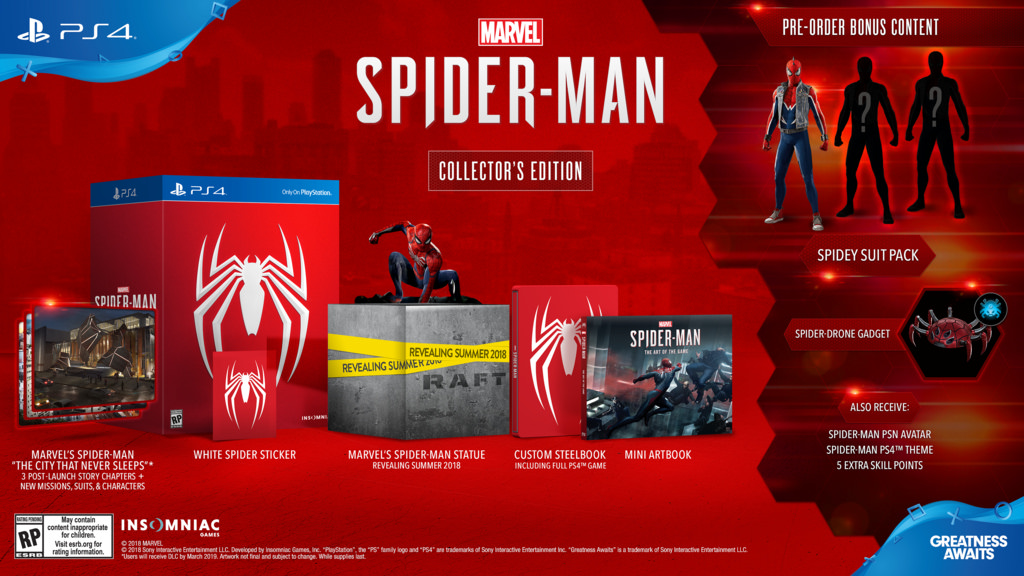 The Collector’s Edition ($149.99 MSRP, while supplies last) includes all of the digital content from the Digital Deluxe Edition, as well as a Steelbook case featuring the iconic white spider, Mini Artbook from Titan Books, and an awesome Marvel’s Spider-Man statue by Gentle Giant. Pay extra special attention to the statue though and you’ll notice something is obviously missing. We haven’t revealed the entire statue for the Collector’s Edition, just Spider-Man perched on top of something. What could that be? It’s too spoilery to show you now, but stay tuned!

Your Spidey itch still not scratched? There’s also a new video to accompany the release date announcement as well.

Gaming mag Game Informer has Marvel’s Spider-Man as its cover game of the month, so there should be a fair number of interviews, features and more coming from ’em if you want more Spidey info.

Who’s ready to swing into action and beat baddies senseless with webs and quips? I know I can’t wait.