Star Citizen, the epic spaceflight simulator from game developer Chris Roberts, sure is shaping up nicely as it reaches the $70 million mark in its ever-growing crowdfunding campaign, but it still has a ways to go before all of the game’s systems are in place.

During his BAFTA Masterclass presentation last Tuesday, Roberts shared with his audience a handful of dates that he and his studio, Cloud Imperium Games, hope to hit certain releases for various modules that will eventually make up the entirety of Star Citizen.

In addition to the previously released early versions of the Hangar and Arena Commander modules, CIG has further plans for a story-driven single player campaign (Squadron 42), first-person shooter combat, a persistent universe, and a social experience that aims to tie it all together (Planetside). 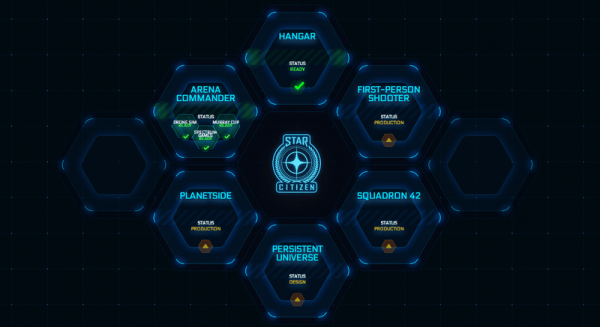 Here’s what you can expect in the near future

Right now, all backers can take part in Star Citizen’s just-released Public Test Universe by following these steps which will grant you access to the Arena Commander 1.0.1 module. The PTU isn’t a permanent feature but will be used on occasion to test patches and updates.

You can have yourself a look at what Arena Commander is all about by checking out Star Citizen’s latest trailer in the featured section above.

Thanks, Polygon and Gamespot