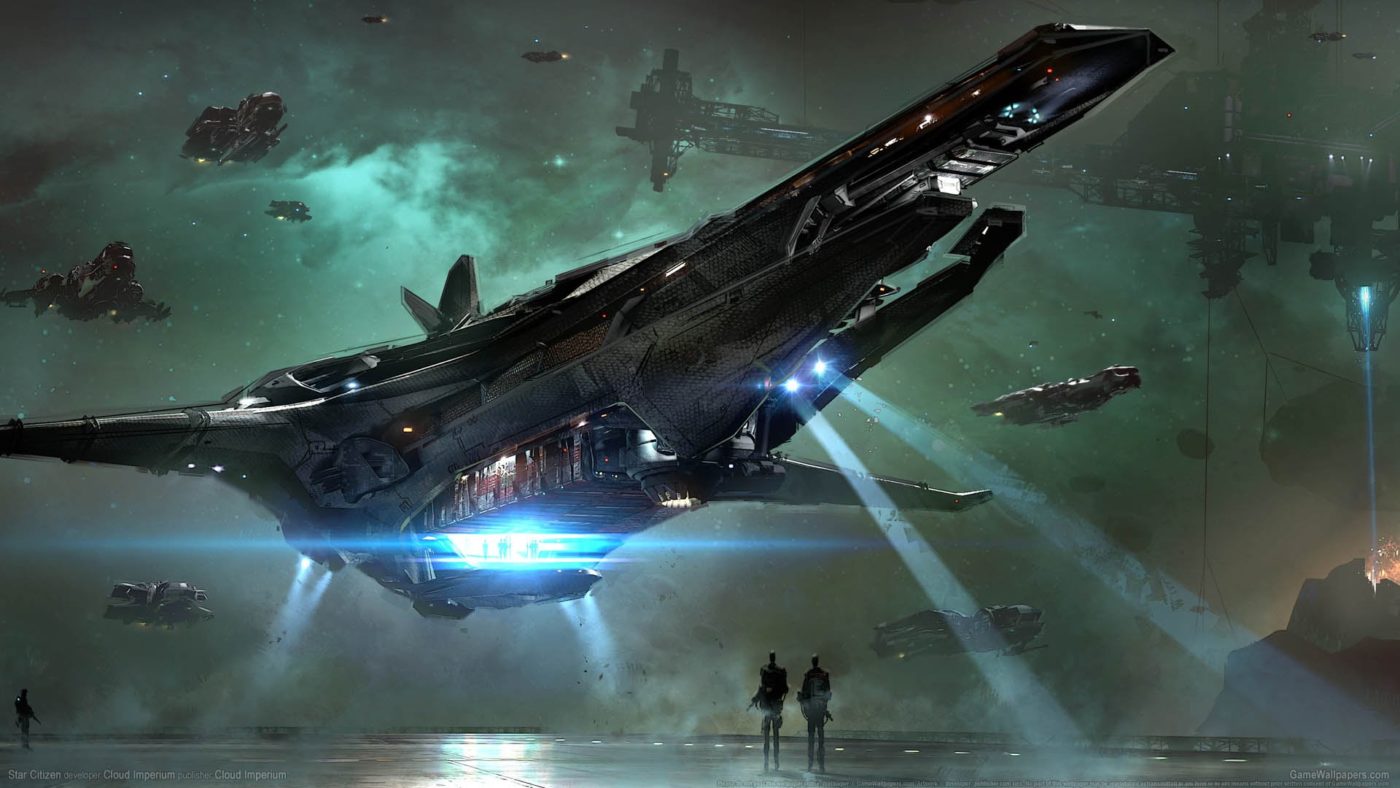 Star Citizen is a game that I keep coming back to. At first, progress was slow, but with the implementation of many core features and back-end technology, such as “Object Container Streaming,” a method of optimizing server-side data usage, we finally see the ball begin to roll. Albeit, very slowly.

At CitizenCon last week Chris Roberts took to the stage yet again to delight us with his perky personality, and show us the progress the team has been making for the last few months. What followed was a 56-minute video featuring a classically buggy tour around Star Citizen’s first playable city.

Lorville is the primary landing zone for the planet Hurston. Home to a family-run weapons manufacturer that is bleeding the world dry overlooking the largest strip mines on the planet, the city is surrounded by a wall larger than most trading ships. With an operation that large, security comes in droves.

During the play-through, players had a glimpse at what the city has to offer: Bars, stores, customs, and a mass transit system that runs on an in-game schedule. Chris Roberts called this “Commuter Citizen” (for those who REALLY like to get into character).

At the release of patch 3.3.5, Lorville will be 2000km in diameter which is around the size of Austin, TX with Chris claiming that no other developer has ever tried creating a city of this scale in an open world multiplayer game. This will be Star Citizen’s first real dive in to a social space accessible through the open world.

You can check out a gameplay-condensed version of the keynote from BoredGamer below.

The 3.3.5 update doesn’t have a concrete release date yet, but there is no doubt that players are eager to get their hands dirty after a largely dry few months in regards to content.

What do you think about Star Citizen? Have you backed already, or will you be waiting on the sidelines to see how development pans out?  Let us know in the comment section below