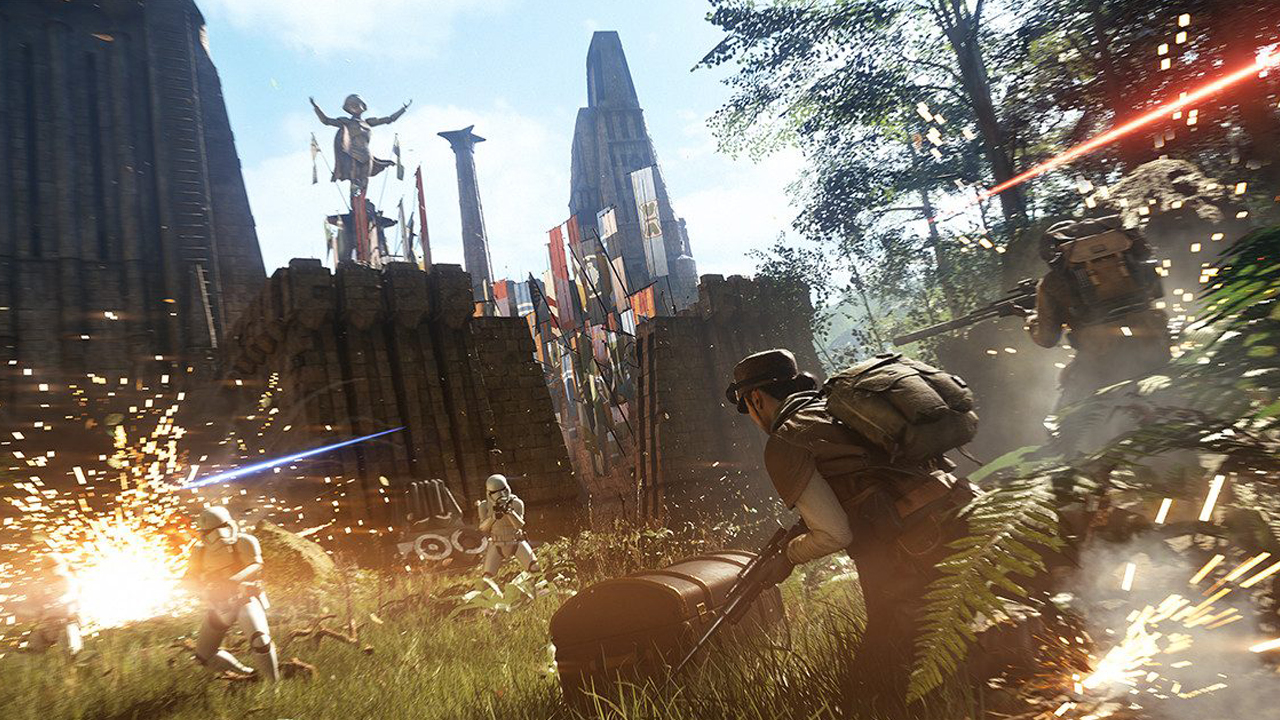 EA has detailed what to expect in the Star Wars Battlefront II Galactic Assault mode. Focusing on the planet of Takodana, the write-up captures the action which players will soon be able to experience.

The forests of Takodana shroud the ancient castle as the First Order draws close. For a thousand years the wily Maz Kanata has made her home a haven for wanderers, but as the eve of battle approaches, the ramparts are manned not by pirates or smugglers, but by the forces of the Resistance.

Opposing them are a new generation of stormtroopers, highly trained Assault troopers, Heavy troopers, Specialists, and Officers, each with unique, complimentary abilities. Together, their goal is to seize Maz’s castle and crush the enemy within. Their attack unfolds in three stages.

First Order infantry begin with an assault in Memorial Hill, a tactical staging ground overlooking the castle defenses. Turbolaser emplacements deep in the Resistance lines make the skies around the fortress too dangerous for First Order Atmospheric Assault Landers to deposit troops near the walls, so the stormtroopers make their way through the woods toward the high ground and move into position to destroy the Resistance guns. A furious melee erupts around the high ground.

Assuming the First Order take the hill, they next set their sights on the turbolaser emplacements blowing their landing craft from the sky. As the firefight unfolds around the AA guns and players accumulate Battle Points, Flametroopers and iconic heroes begin to emerge on the battlefield. There’s plenty of space in the open skies above Maz’s castle, and dogfighting action rages overhead as TIE/fo and TIE/sf fighters take in Resistance T-70 X-wings.

The First Order continues its advance. With their turbolasers knocked out, AAL’s land and drop more stormtroopers, and the Resistance digs in for the desperate final act, a last-ditch defense of the castle itself. Battle spreads into the legendary cantina area, playground for some of the galaxy’s most colorful characters. Lightsabers flash, jetpacks thunder, and Wookiee Warriors roar as the verdict of battle is rendered.

Remember, this is just one of eleven maps which will support the Galactic Support mode. With DLC, you can expect even more!

Star Wars Battlefront II is set to launch on November 17 on PS4, Xbox One, and PC.

Will you be playing Galactic Assault?

If you’re also interested in the game’s single-player, be sure to check out this cutscene which shows Iden Versio receiving her first assignment.