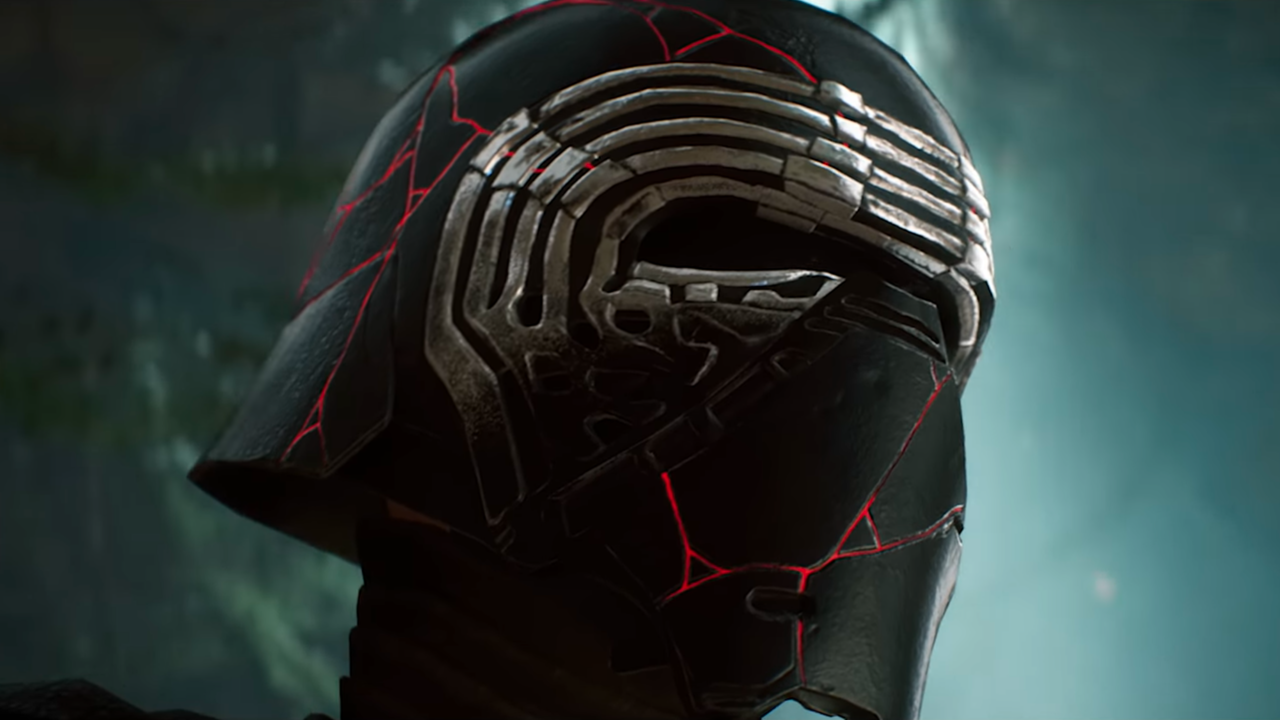 While we don’t want to spoil anything and name this planet, you might have caught glimpses of this new location in some of the trailers for Star Wars: The Rise of Skywalker, and it’s a planet we’re incredibly excited to be bringing to Star Wars Battlefront II. Bringing a brand new planet to the game is always a great feeling, but the addition of one that gets its debut within Star Wars: The Rise of Skywalker is even better.

You’ll have plenty of cover in the form of thick vegetation, while caves offer the opportunity for some great close combat gameplay.

This jungle planet will arrive in Co-Op and Heroes Vs Villains in this update and will join, alongside other New Trilogy planets, both Instant Action and Capital Supremacy in January 2020. While the update will arrive tomorrow (Dec 17), our new planet won’t join our map rotations until a few days later on Dec 20.

This merciless trooper excels in speed and advanced weaponry to hunt down and destroy anyone that stands in their way. Activating the Combat Rush ability will boost the sprint speed of the Sith Trooper. Defeat enemies while it’s enabled to trigger health regeneration and extend the time of Combat Rush.

Seeker Tactics will allow the Sith Trooper to scan the nearby area to reveal the 4 closest enemies, defeating enemies will reveal more.

The third ability in the Sith Trooper’s arsenal is the Oppression Grenade. This is a grenade that damages any nearby enemies, as well as blocking their ability to recover health for a short period of time.

Compassionate and strong willed, the Ovissian Gunner uses the might of both her strength and her modified rotary cannon to combat enemies threatening her Resistance allies.

A fearsome sight in combat, and even more so when she activates her Charge ability, as she charges forth and slams into her enemies to knock them down. When she’s not on the offensive she has the ability to activate Defensive Stance, which instantly cools her Modified Z-6B Rotary Cannon and any damage dealt replenishes health for both herself and any nearby allies.

For her third ability she switches her Modified Z-6B Rotary Cannon into Anti-Armor Mode, gaining increased efficiency against both shields and vehicles.

This agile airborne trooper comes equipped with custom armor and an integrated jet pack for swift traversal. Their fast movement and aerial capabilities, combined with their G125 Projectile Launcher make them an ideal choice for carrying out surprise attacks against Resistance forces.

Their Jetpack ability enables flight while spending fuel, while the advanced nature of it allows for hover mode, which can be activated by aiming down the sights of their weapon while in the air. Activating Tri-barrel launcher will reconfigure the blaster to fire from the tri-barreled projectile launcher at the expense of increased heat buildup. Making it a daunting weapon to come across but timing is everything.

Their third and final ability is Jet Tackle, which sees the First Order Jet Trooper charge forth along the ground and slam into opponents, knocking them off their feet.

The Caphex Spy operates fearlessly behind enemy lines. Armed with his modified GLIE-44, he specializes in hand-to-hand combat and a cunning use of gadgetry.

Close proximity to an enemy will prove to be the opportune time to activate the Truncheon Attack ability. Doing so will hit the enemy with a series of blunt force melee strikes with his truncheon. These strikes can also be chained into a powerful third strike which will knock the enemy to the ground.

Scanner Beacon will allow the Caphex Spy to deploy a decoy that relays enemy locations and disrupts their scanner to display a false enemy. If deployed outdoors, it can be used to call in a remote bombardment.

While a specialist in hand to hand combat, the Rapid Fire ability gives the Caphex Spy the option to overload his blaster to rapidly fire it with maximum damage output.

We’ve been really pleased with how Co-Op has gone since its addition in September and reading your feedback it’s been clear that you want more of it, or more specifically, more eras. So we’re doing just that.

Coming this month Co-Op will be added to the New Trilogy, starting with Jakku, Takodana, Starkiller Base and our New Planet. These four planets will join the existing planetary rotation and we’ll be making sure to prioritise New Trilogy maps, allowing you to play on them more frequently.

Play Now and DICE’s explanation of the changes:

With this update we’ll be updating some of our menus to give you more control over which faction you want to play as. To begin with, this will focus around Co-Op. Heading into the Co-Op menu you’ll now have the ability to select from:

We’ll be updating more game modes with a similar menu structure in the coming months, including Capital Supremacy.

MARK OBJECTIVES
We’re introducing a new feature that will allow you to mark objectives. This will allow anyone who is playing as a Trooper, Reinforcement or Hero to press an assigned button when aiming at an in-world objective, in both Co-Op and Capital Supremacy.

We all know the troubles we face with getting your squad to play the objective, and while we cannot guarantee the new mark objective feature will fix that, it will at least help you coordinate with your squad a bit more.

Once an objective has been marked, this will signal to your squad that it should be a focus of their attention. Should more than one person mark the same objective, a number will be displayed to indicate how many marks it has.

When affected by the Sith Trooper´s Oppression Grenade, you are blocked from healing in any way for a period of time. During this time, your health bar will get a diagonal striped treatment to signal that it is in this blocked state.

The Damage Reduction icon animation now plays faster when evading (since evades have such a short duration).

BOBA FETT TWEAKS
With the release of the new First Order Jet Trooper, we are tweaking Boba Fett to closer resemble some of the new mechanics introduced:

Continued momentum when out of fuel

Able to fly when pressing the jump button

SQUAD SPAWN TWEAKS
We’re tweaking how Squad Spawning works in Blast, Strike and Extraction. Our goal here is to help increase how quickly you can get back into the action with your squad and to reduce the amount of time you have to spend running from the default spawn location.

As you can see, this is a big update to the game, and I have to commend DICE on such an effort. Let’s hope the new content is as good as it looks.