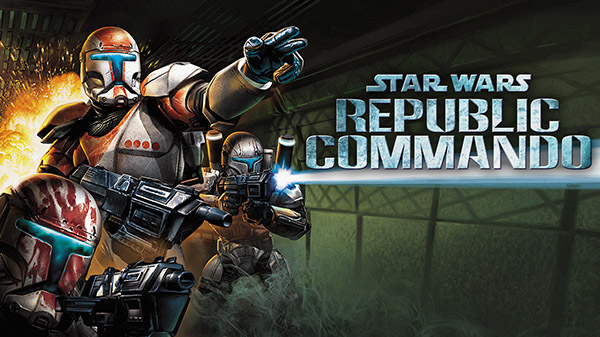 Get ready to command your intergalactic troops and lead your soldiers to victory, as Aspyr Media will be porting the 2005 game Star Wars: Republic Commando to the PS4 and Nintendo Switch — giving Star Wars fans and gamers a chance to play this game in current generation systems!

Here’s the announcement of the game along with a trailer from Aspyr Media themselves.

The squad is your weapon.

Originally released for the Xbox and PC in 2005, Star Wars: Republic Commando puts you in the leadership position as you lead a squad of Clone Troopers to take down enemies wherever they may be. Here’s an overview from the official Steam page of the game.

Chaos has erupted throughout the galaxy. As leader of an elite squad of Republic Commandos, your mission is to infiltrate, dominate, and ultimately, annihilate the enemy. Your squad will follow your orders and your lead, working together as a team – instinctively, intelligently, instantly. You are their leader. They are your weapon.

Speaking of Star Wars games, a new game called Star Wars Hunters was announced recently and is developed by Zynga.

Star Wars: Republic Commando will be released for PS4 and Nintendo Switch on April 6.