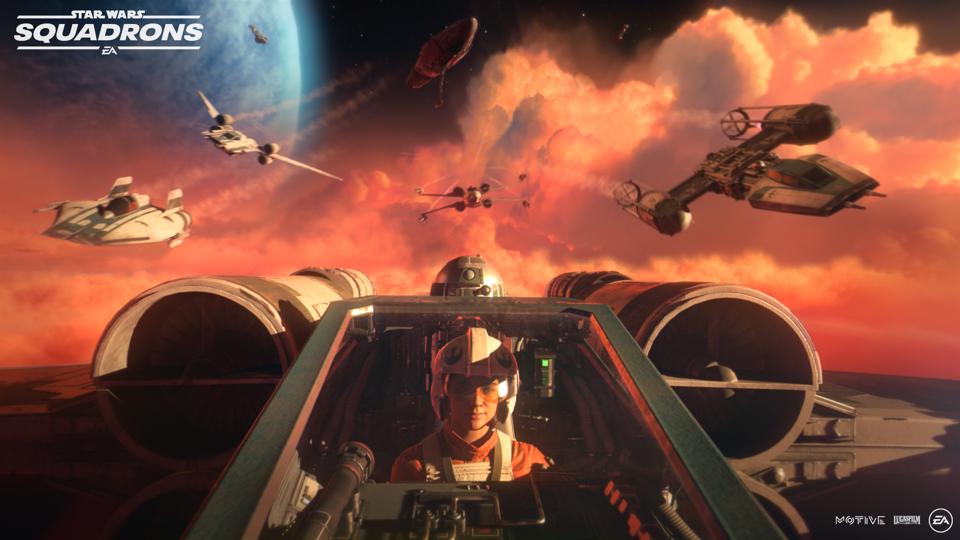 With Star Wars Squadrons’ release looming, EA has released details regarding the Star Wars Squadrons progression, rewards, rank and more. Important to remember that Squadrons is a self-contained game, where all unlocks and rewards are earned by playing and can’t be bought with real-world money.

Motive Studios goes in-depth into Squadrons’ online experience when it comes to progression with what the studio calls the Challenges, Operations and Level. Each of these will reward the player with Glory, a currency that can only be earned by playing and is used to unlock cosmetics. 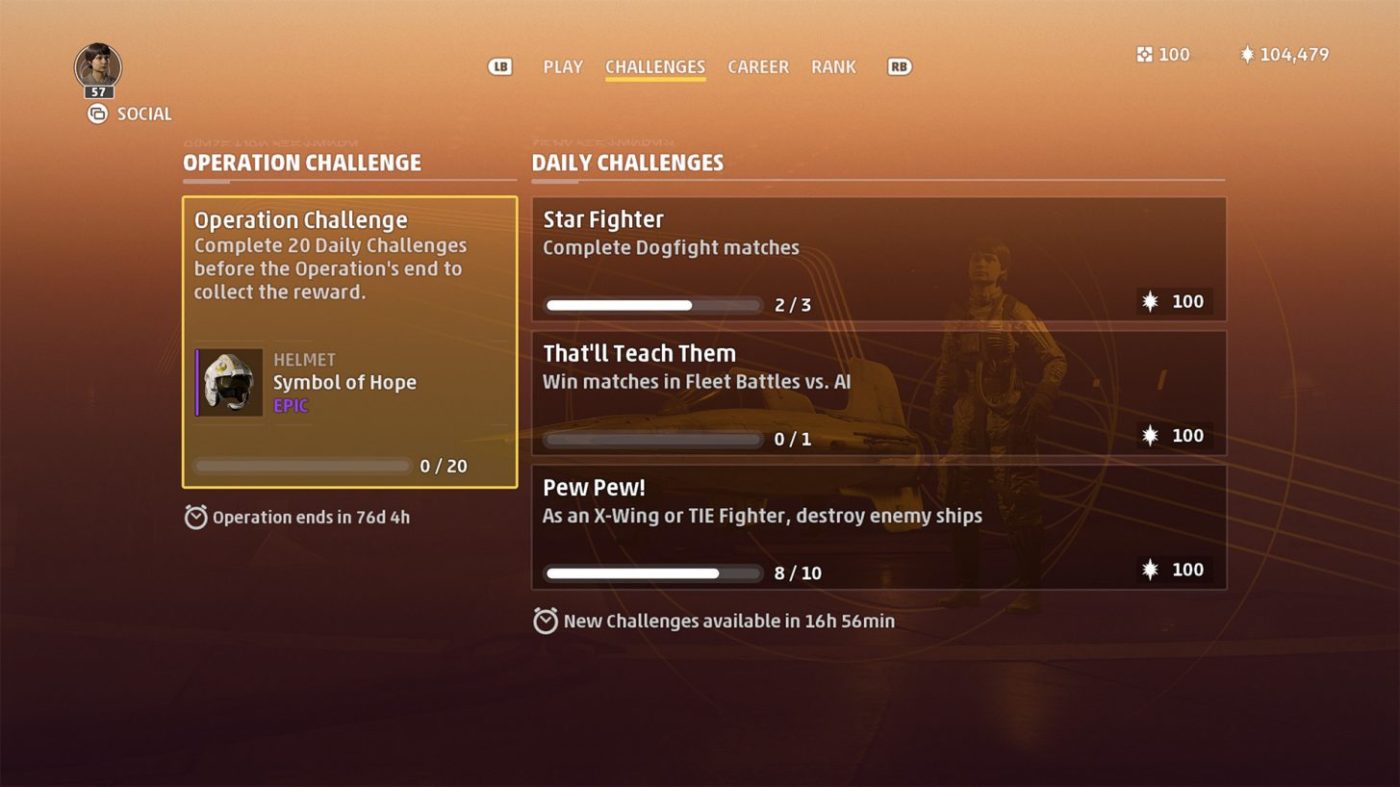 Your main forms of reward beyond post-match earnings will be through Challenges. Daily and Operation Challenges; they’re timed, rotating objectives you can complete to get rewards while playing.

You’ll want to regularly complete your Daily Challenges to keep getting rewarded while playing Squadrons. They’re often simple objectives that provide you with Glory to unlock cosmetics for your starfighters and pilots and encourage you to try different ships and components to achieve completion. Glory is also earned based on how you perform in a match. Operation Challenges, however, are different. They can reward you with unique cosmetics and are tied to the game’s ongoing Operations. 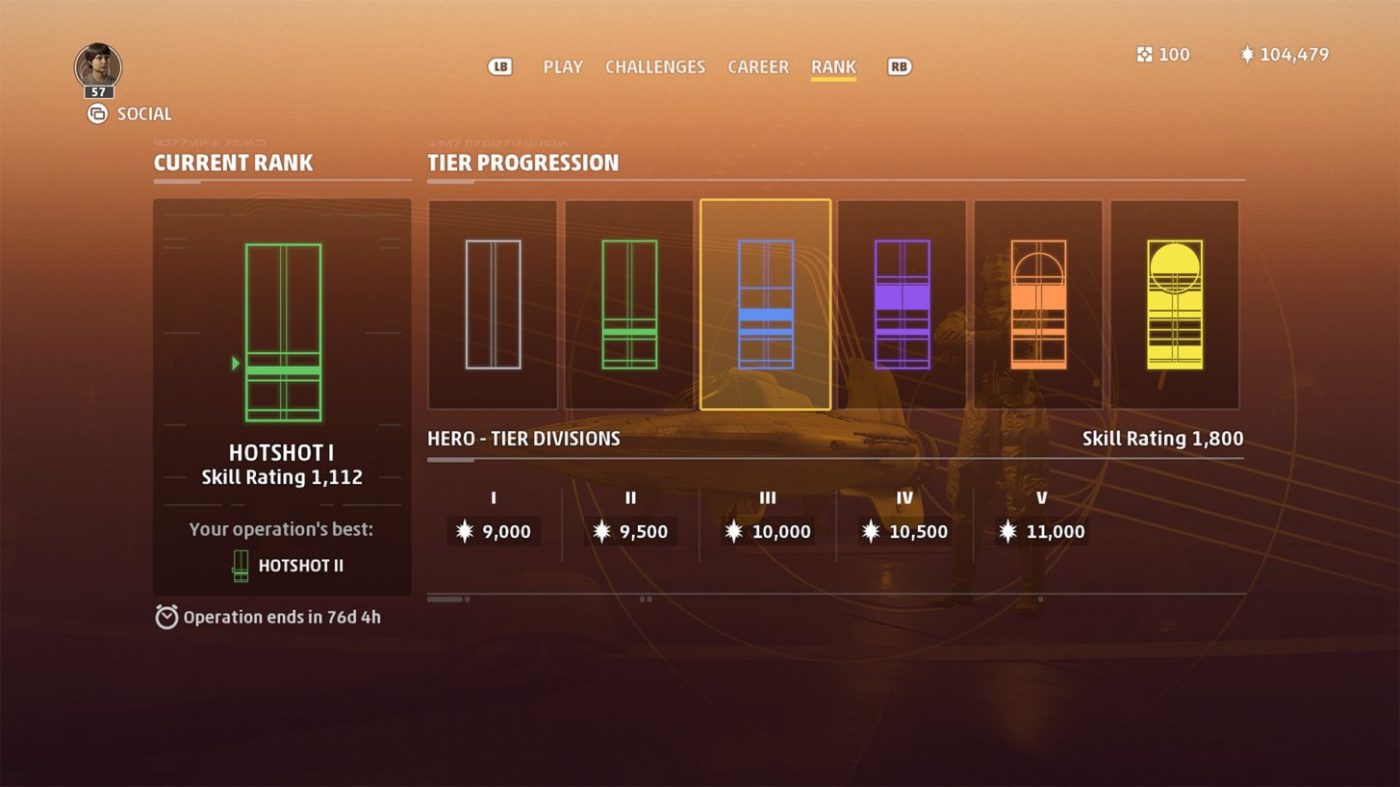 Operations are 8-week cycles that happen in Squadrons, and each Operation brings with it a set of unique cosmetic rewards that can only be earned by completing its Challenges. Certain Challenges also offer unique rewards, too, so once they’re gone, you won’t be able to get the cosmetic unless the Operation Challenges return one day. Seeing which pilots are showing off their unique flair will be a good way to tell if you’re up against a dedicated ace.

Also tied into these 8-week resets is your Fleet Battles rank. With every Operation’s conclusion and the start of a new one, your competitive rank tied to Fleet Battles will reset, allowing for a regular reassessment of your skills. To get your first rank, you’ll need to play in ten placement matches.

The ranks are as follows from lowest to highest:

Thomas Mir: Operations are our take on competitive play through a ranked ladder system that resets every 8 weeks—a way for our players to test their skills and teamwork capabilities in our more strategic mode: Fleet Battles.


The system is built to encourage players to improvement their skills without being overly punishing if you run into some bad luck:

Players also get exclusive helmets upon reaching the Valiant, Legend, and Galactic Ace Ranks for the first time. These are the same across all Operations, so if you didn’t manage to get the ones you wanted during your first Operation, you can still get them in the upcoming ones. 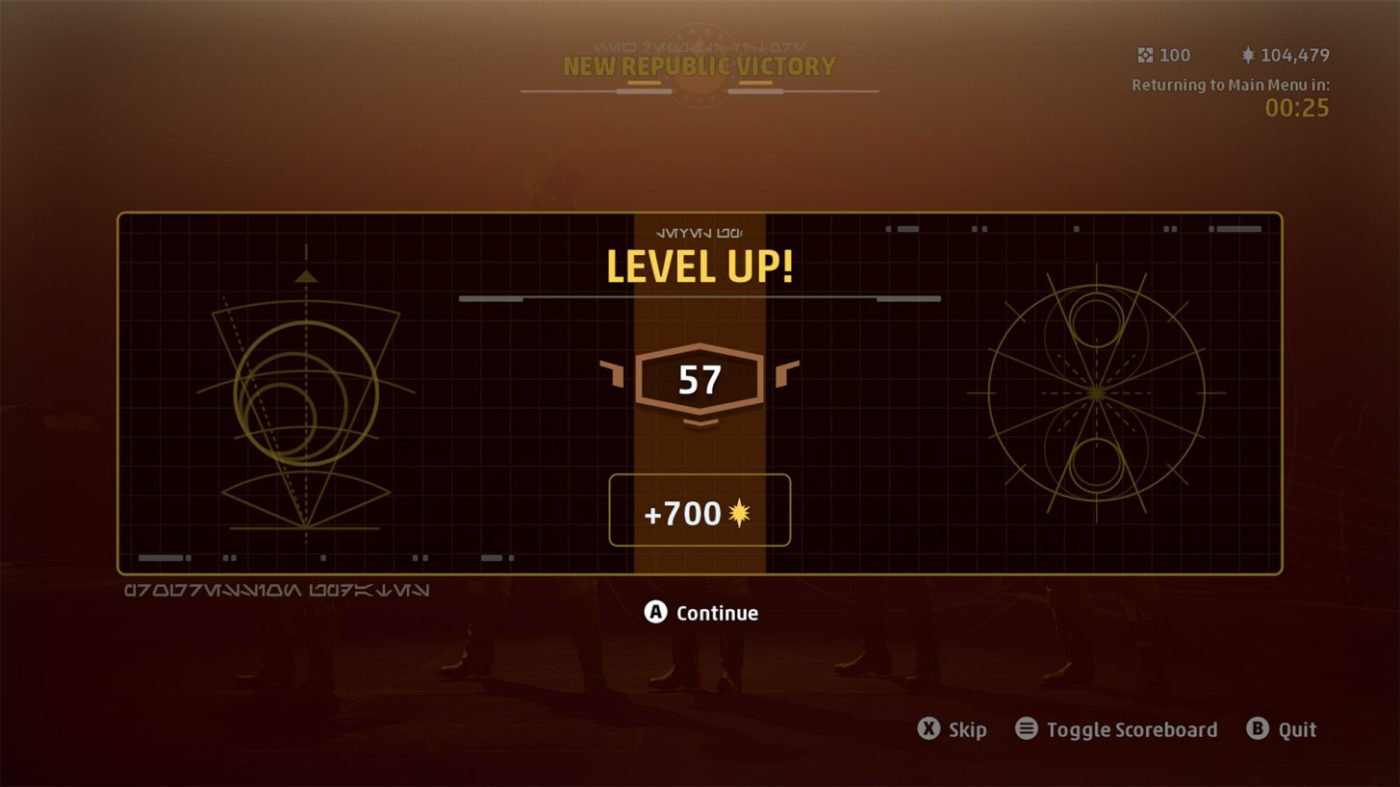 Players also have their own personal level. Your level is a linear progression path that does not reset, unlike your competitive rank. For the first forty levels, you’ll unlock Requisition points that can be used to unlock ship components. If you’re one of our more dedicated pilots and you hit level 40, you’ll have enough points to unlock all components, allowing you to try out every potential starfighter build. Our goal with levelling isn’t that you’ll get more powerful as you level up, but rather that you’ll have more options available to you (via components) as you play.

As mentioned before, there will also be occasional bonus events that play out over time, including ones that provide additional Glory. Beyond that, completing parts of the game will also provide you with cosmetic bundles. Players will get a bundle of cosmetics for completing the single-player story mode and another for completing the Fleet Battles tutorial.

Lastly, the studio has announced that Star Wars Squadrons has gone gold! This means the game is done with testing and is ready to be sent to manufacturers to be pressed and sent to various retailers.

In other Squadrons news, head on over here to watch raw gameplay, or if you want to check the campaign, head on here.