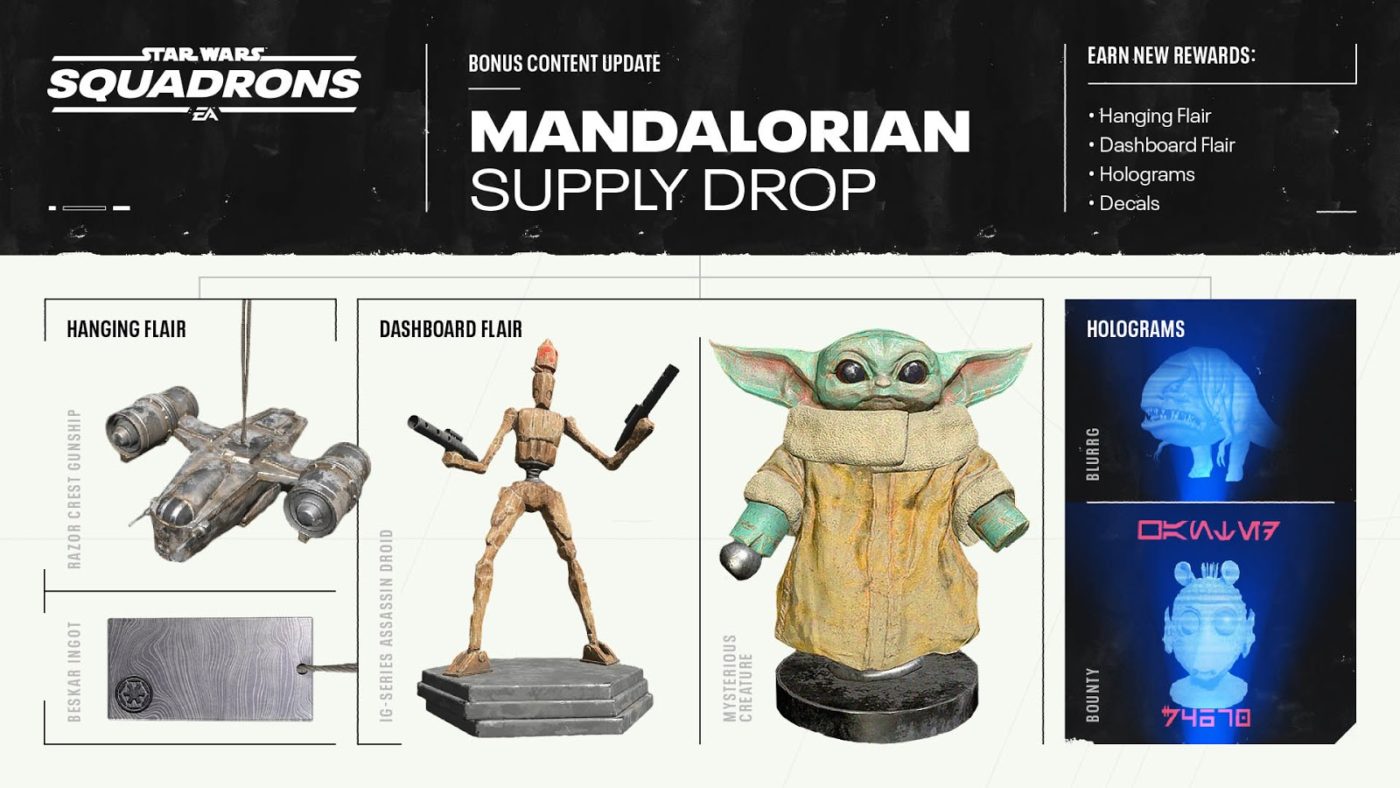 Announced a few days ago, Motive Studios has deployed the Star Wars Squadrons update 1.04 October 28 patch, and it brings the Mandalorian Supply Drop DLC to the game! Clocking in at 1.6GB on PS4, read on on what to expect from today’s title update.

There are eight new unlockable cosmetics inspired by the first season of Disney+’s The Mandalorian players can earn and they are:

In addition to that, there are gameplay-related changes as well! While the official patch notes aren’t available yet, the frame-rate bug on PC has been fixed!

FPS bug is fixed in the latest patch. from StarWarsSquadrons

Once Motive Studios releases the full patch notes, we’ll update the post! In the meantime, if you notice any other bugs that got fixed, or other gameplay-related changes, feel free to leave a comment below to let other pilots know.

Don’t forget to check out our review and see why we rated it a mighty 8/10, and said, “EA seems to have finally figured out what players want with their Star Wars licenses, although it took quite a few years to get it right.”