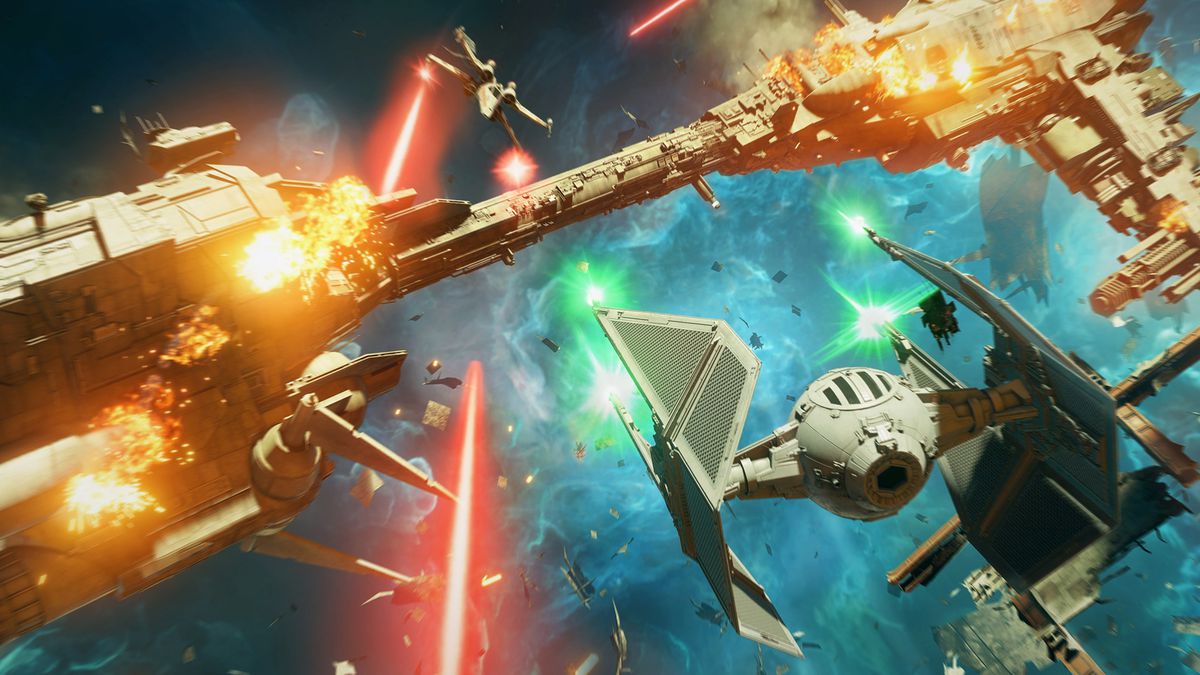 Note that Motive has not released the official patch notes yet, but we do have the official details on the new content coming in today’s patch as announced in the November update. 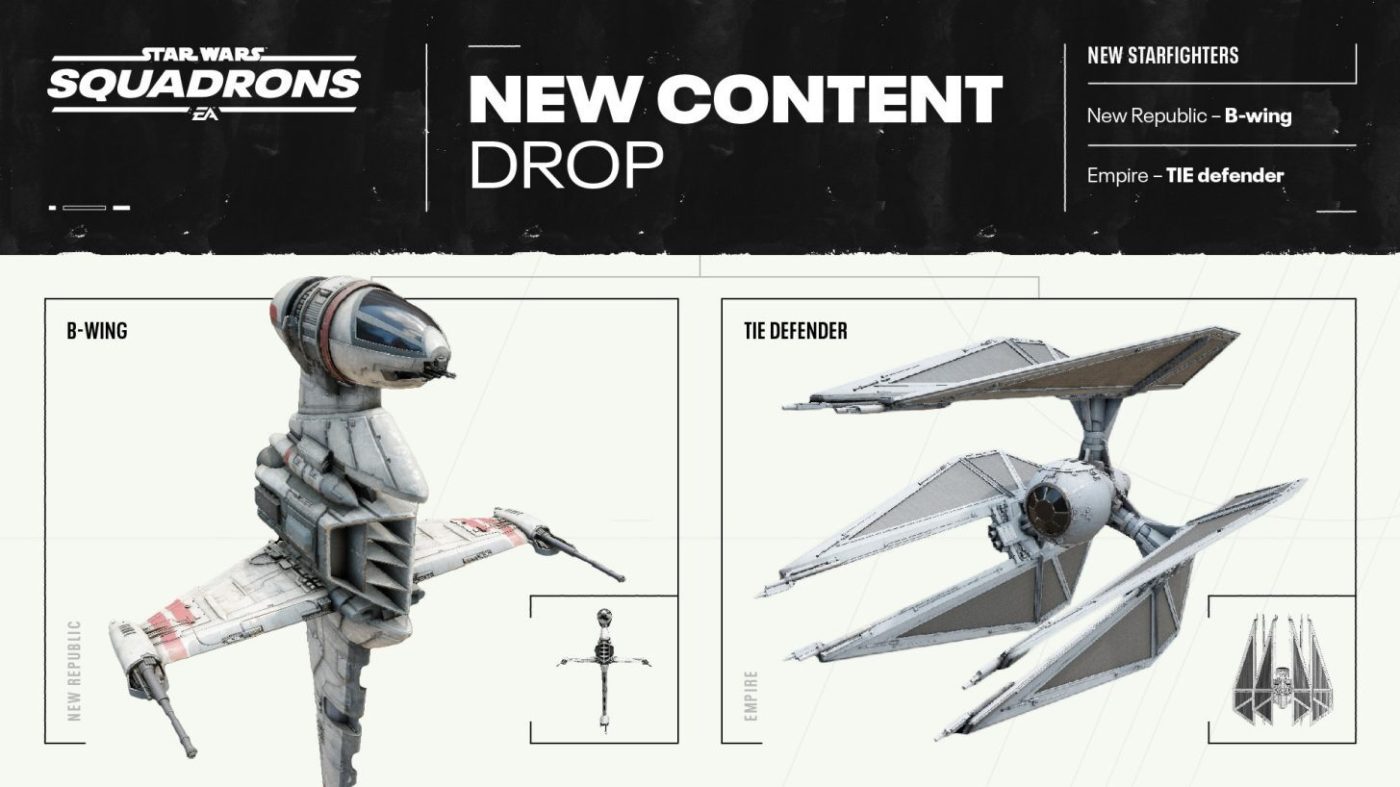 Designed as the “Blade Wing” prototype by Mon Calamari engineer Quarrie and finely tuned under General Hera Syndulla’s guidance, the A/SF-01 B-wing starfighter makes its way into the New Republic’s fleet in this update.

Naturally, there’s a fitting counterpart for it going to the opposing faction, too. From the mind of the brilliant military tactician Grand Admiral Thrawn and Sienar Fleet Systems, the TIE/d “Defender” multi-role starfighter will join the Imperial Navy as well.

These two starfighters are as powerful as they are iconic, though understandably balanced out for the purposes of the game. The B-wing will be categorized as a Bomber-class starfighter and the TIE defender will be a Fighter, each being able to use the components relevant to their faction and class, but they’ll also come with their own unique aspects in line with what you’d expect from them, such as the B-wing with its gyro-cockpit and swiveling wings and the TIE defender with its shields.

These functions and a couple unique components will help them differentiate themselves from the other starfighters in their classes and factions, but we’ve also made sure they aren’t outright better by default. There’s still going to be good reasons to pick a Y-wing over a B-wing or a TIE fighter over a TIE defender and vice versa. It’ll depend on your playstyle and what the situation calls for.

And of course, above all else—well, maybe aside from the cosmetic of The Child—there’s something that’s been greatly requested to be an addition to the game: custom matches! We were so excited from the moment we heard about your community-run tournaments to actually getting to see them in action, so we knew this was something we had to provide in some way.

Custom matches will allow one to five players per side across two teams to play on any of the (now) seven maps in both Dogfight and Fleet Battles. There will also be some additional restrictions and modifiers that you can change. These include things like hull/shield/damage modifiers, changing capital ship health, restricting certain starfighters, and other tools to help you change how you play. With this, there will also be a custom matches server browser for you to search through private matches made by your friends as well as public ones made by strangers!

. We’re also keeping an eye out on the Star Wars Squadrons community and will update the post if we see any signifcant changes made.

Update: Post has been updated with official patch notes.