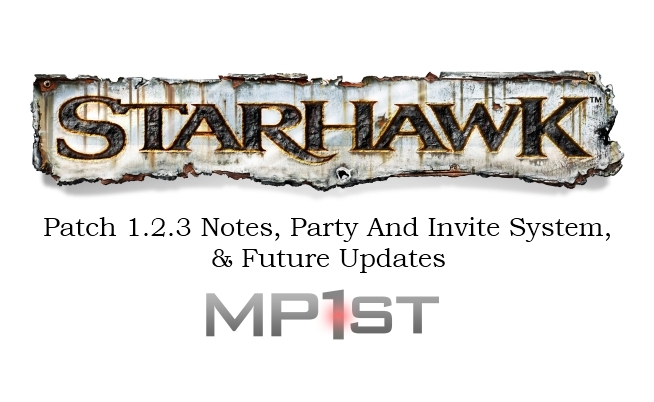 Starhawk Beta has officially been updated. In this update you’ll find many new changes that have been made to Hawks and Jetpacks.  Also, Dylan Jobe speaks out on the party and invite system for Starhawk along with what might be coming in future updates.
Many Starhawk Beta testers have been wondering for the past few weeks whether Starhawk would support invites and have a party system. Dylan has now come out and stated that there will be a party system, he also added, “we’ll be activating that feature during our Public Beta.”
Future updates:
In a video response done by one of the Beta Tester,
A video produced by one of the beta testers outlined some of the issues with Starhawk. He stressed about how slow the pace of the game is.  Each game, players start out with a small amount of resources. Some fixes that were suggested that there could be pre-made structures when the game starts so that players don’t need to waste any resources. Along with this, the user states that the game needs more pickups, and even eliminating the need to waste resources on a sniper tower just to get a sniper Rifle.  Dylan commented on this stating that the future updates are going to make him happy.
Official notes from Lightbox Interactive, head on over to their blog for a more thorough explanation:
Tags: Beta Invite Party Patch Notes Starhawk Update 1.2.3
Previous Post