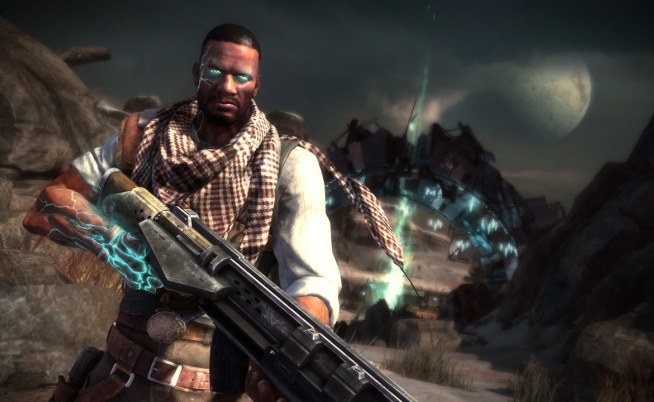 Dylan Jobe has revealed some details about upcoming fixes along with when Starhawk players can expect their beta gifts.

Many players have reported that Starhawk is suffering from connection issues. Dylan Jobe has said that these issues are being looked into, and players can expect a hot-fix to roll out once LightBox “finishes launching this week (just finished Japan).” Other issues such as server filtering are also being looked into as some players have reported that they don’t load fully. Also, for those who were familiar with the complaint/report system in Warhawk you may have notice that it is currently missing in Starhawk. This is because the system has not been activated yet, and will be included in an upcoming hot-fix.

If you’ve been playing the co-op mode, then you’ll know that the only way to play with someone is either by split-screen or through a PSN invite. Though not 100% confirmed, Dylan has stated that once the global launch is complete the team will be evaluating matchmaking for Co-Op.

In case you are wondering when your free Starhawk beta gifts are suppose to be coming in, Dylan Jobe has confirmed that territories under SCEE have already gotten the Warhawk paint, which is free for beta testers who played Warhawk, and the glowing hand sphere, which is free for all beta testers. As for SCEA (North America), be on the look out for a PSN Message on Monday, which will contain details about the free gifts (should be available that day). You can check out the beta gifts here.

Make sure though that you following these steps to get your message, according to the Starhawk facebook page.
“Starhawk Beta gifts update: Looks like they will come Monday.They will come via a message in the PS3 XMB. Make sure that you allow Sony to send you news, info, etc.
You can do this in your Account Management>>>Account Informatiion>>>Notification Preferences. If you do not allow this you will not get the message. Pass it on.”

In case you missed it, all future map packs for Starhawk will be free.