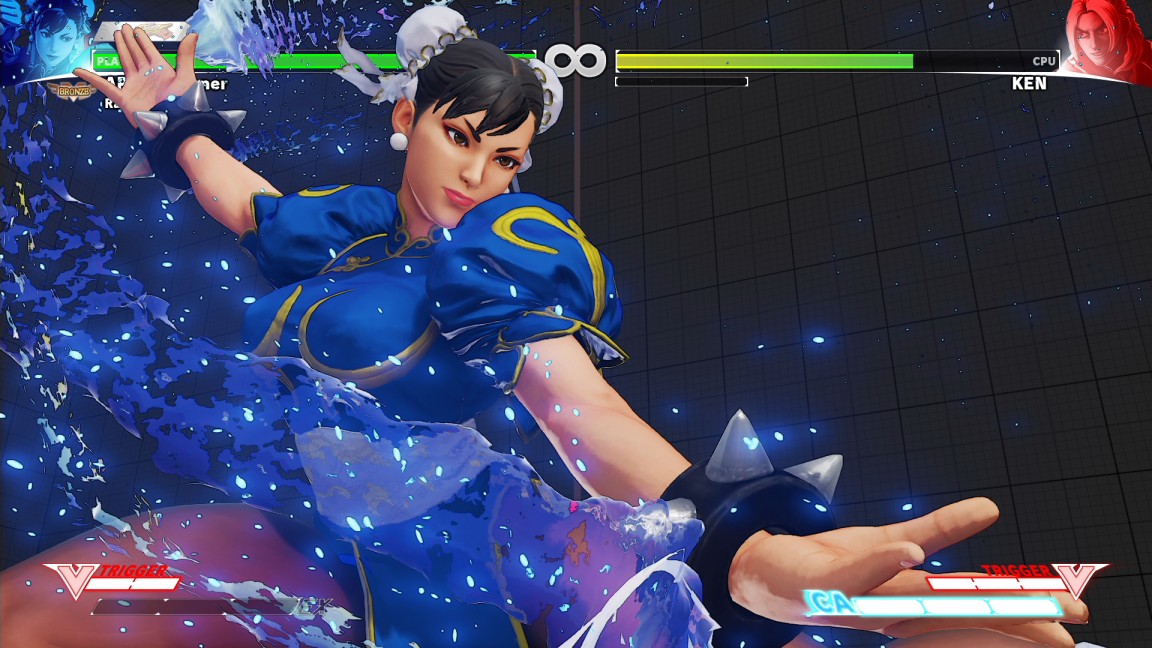 Street Fighter 5 Free-to-Play From Today Up to Next Week, Here Are the Details

If you ever wanted to try Street Fighter 5 but got intimated by the legions of pros and wanna-be pros, now’s your chance to jump in and get you feet wet without coughing a cent! Capcom has announced that Street Fighter 5 is going free-to-play (F2P) — for a limited time, that is.

Starting today, April 23 at 1 p.m. PT and running until May 5, gamers can try out Street Fighter 5 F2P on both PS4 and PC! Below are the download links as well as the official details straight from Capcom. Note that for PS4 users, a PS+ membership is required to play online.

Click the “Try Free Demo” button on the left.

DLC Characters Unlocked – All 16 original characters included with the game are playable in the free trial, including classics like Ryu, Ken, Chun-Li, M. Bison and more! As a bonus, four fan-favorite DLC characters will be available for free during this trial: Akuma, Blanka, Juri and Menat! These four characters will only be available in Ranked, Casual, Battle Lounge, Training, and Challenges.

For those of you who already own Street Fighter V and Street Fighter V: Arcade Edition but have not yet acquired Akuma, Blanka, Juri or Menat, these four characters will be unlocked to you during the free trial period as well. If you decide to purchase any of these characters during the trial, you keep any progress made with each character.


Arcade – Introduced in Street Fighter V: Arcade Edition, this mode allows you to relive the past main entries in the series. If you’re able to defeat all the computer-controlled opponents under various conditions, you can unlock over 200 unique illustrations from multiple artists which can be viewed in the Gallery.

Versus – Play against another local player or against the computer with different difficulty levels.

Challenges – Learn how to use each character in Demonstrations and Trials or see how long you can fight in Survival Mode.

Training – Practice against a dummy AI as you test out set-ups, combos and get used to a character without the pressure of a real match.

Not a bad move by Capcom to try and rope in more players, no? Get your gloves on, and we’ll see you on the streets!