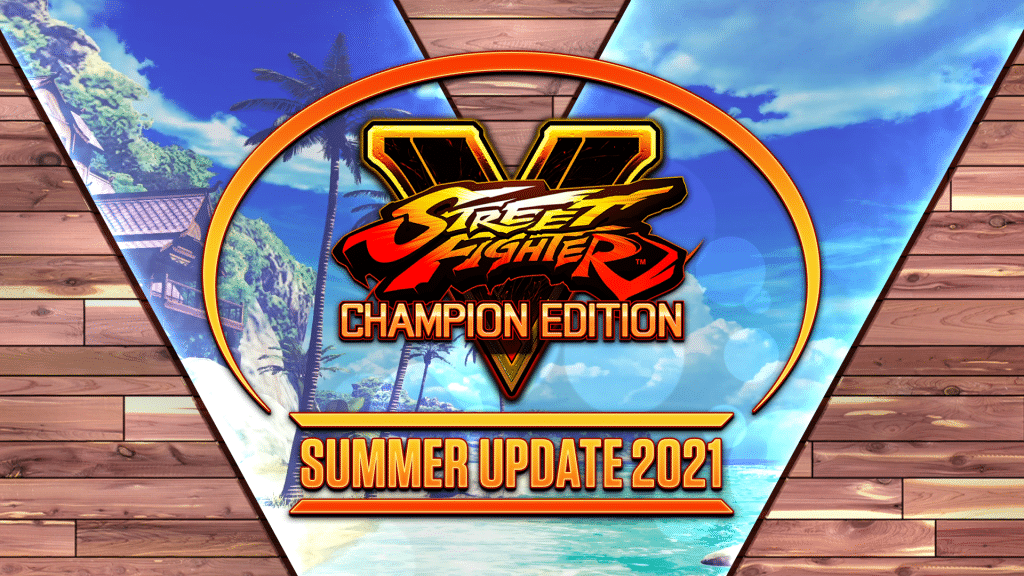 Capcom has released the Street Fighter 5 update 3.09 patch, and this is the big Street Fighter V Summer Update that brings new characters, a new stage and more into the fighting game! Note that those who want to play as new fighters Oro and Akira, you’ll need to own the Season Pass for the game, or you’ll need to have at least 100,000 Fight Money for each fighter, or $6 for each.

Update: Added the fighter balance changes per Capcom (via EventHubs):

The specifics of the adjustments made to combo counts are detailed below.

• Combo Count Start Value:
The numerical value used to indicate when an air combo starts from a particular move.
The smaller a move’s combo start value is, the easier it is for that move to begin an air combo, and vice-versa.

• Combo Count Gain:
A numerical value that increases when a move is incorporated into an air combo.
The smaller the combo count gain is, the easier it is to enter an air combo, and vice-versa.

• Combo Count Limit:
A numerical value used to determine up to which point a move can land in an air combo.
The larger the combo count limit a move has, the easier that move can be incorporated into a combo.

V-Shift is a powerful defensive mechanic that was first introduced in Street Fighter V.

We initially had concerns that its introduction would significantly impact regular tactics when used in conjunction with blocking and retreating, which resulted in the decision to limit V-Shift to neutral commands.

However, in certain cases just before an attack hit it, the specific timing only allowed for the use of block. This made it impossible to activate V-Shift — even if seemingly input correctly, causing both V-Shift and block to fail.

This fact the issue stemmed from incompatibility with the specifications mentioned above ― rather than inaccurate input ― made V-Shift more difficult to utilize than intended.

After some deliberation, we’ve decided to remedy this by allowing V-Shift to be used during forward and backward movement to improve its use in battle.

We’ve additionally determined that defense would be too powerful if V-Shift could be activated from crouching guard, so V-Shift still can not be activated during a downward input.

Made various other minor fixes and improvements.

His character model have been moved downward accordingly to reduce the distance between his hurtbox and his positioning.

Only the graphics have been altered; no changes have been made to its hurtbox location or size.

• Mid-Air Knockbacks Lowered the positioning of the character model during mid-air knockbacks. (Hurtboxes remain the same; only visuals have been changed.)

• Crouching LP Fixed a phenomenon where Crouching LP was unable to cancel into VTriggers when hit or blocked on the 3rd frame.

The enhanced version of Gadoken has had its combo count on hit adjusted, allowing for easier follow-ups.

When Hisshou Buraiken hit at a certain point on screen, the animation would start from an unnatural position. To remedy this, we have fixed the position where the animation begins when the move hits.

• Hisshou Buraiken (CA) On hit, its animation now starts around the center of the stage.

When incorporating Sekieiken into a combo at the edge of the screen while V-Trigger I is activated, Sekieiken would go over the opponent and miss, depending on the opponent’s altitude or which move they had just been hit by.

To make it easier to land a hit in this situation, we have changed the weighted collision detection before the attack.

• [V-Trigger I] Sekieiken (VSII) Expanded the weighted collision detection downward before the hitbox is generated, reducing the occurrence of attacks failing when incorporated into combos at the edge of the screen.

• Standing LP/Crouching LP Fixed a phenomenon where Standing/Crouching LP were unable to cancel into Special Moves or V-Triggers when hit or blocked from the 2nd frame onward.

• Crouching HP Fixed a phenomenon where Crouching HP did not cause longer hit stun when landed as a counter hit from the 2nd frame onward.

• [Normal/V-Trigger I] Inazuma Spin Hold (CA) Fixed an issue where the activating kick button did not respond to being released.

• Crouching LP (Rapid cancel version) Fixed a phenomenon where Crouching LP was unable to cancel into Special Moves or V-Triggers when hit or blocked on the 3rd frame.

• [V-Trigger I] Nadeshiko (Above/Front/Behind)/[VTrigger II] Steel Chair/Fightin’ Dirty Fixed a problem where Nadeshiko’s overhead and crouching attacks could be blocked by standing and crouching guards.

We noted that Rose’s techniques had become difficult to handle, and have taken steps to rectify this.

Standing MP is a standard offensive starting point, but due to the short reach of any subsequent moves, it was quite tricky to find a moment to use it effectively.

We’ve increased its frame advantage, and Crouching MK’s long reach can now be worked into combos, making it easier to continue attacking when blocked.

Although we’ve slightly increased hitback to prevent excessive combos, pushback has not been changed, which allows for the same feel as before.

A delayed Soul Punish has the characteristic of maintaining its hitbox after canceling out opponent projectiles. However. the advantage it grants in this situation is fleeting, offering little reward in comparison to its difficulty.

The hitbox effect generated when canceling out a projectile is now clearly able to form the start of an offensive. Additionally, in certain situations, you can gain enough of a time advantage time to go for an aerial combo.

V-Skill I had random effects and tough activation timing, making it difficult to make the most of. To remedy this, we’ve increased where it can be activated and how it can be utilized.

The concept of V-Skill II is to grant power if you’re able to unleash it, but its frame advantages could deviate, making it difficult to decide when to take advantage of something.

As such, we’ve increased its hitstop to grant more time and reduce the difficulty of connecting combos.

• Soul Bind (All strengths, including EX version)
1). Anti-air invincibility from the start of the movement to 1F before startup has been changed from head only to down to the waist.
2) Extended the hitbox upward.
3) Changed the attack and full-body invincibility duration from 6F to 9F.

• EX Soul Bind Can now be canceled with Soul Fortune on hit.

• Soul Fortune (V-Skill I) Can now be canceled into from a special cancel.

• Aegis Reflector (V-Trigger I) Fixed an issue where the hitbox would disappear entirely after first moving off screen and then reappearing.

Sky High Claw is prone to being activated by accident when attempting to hit a mid-air opponent with an upward jump attack.

This move is mainly used in very specific situations: to combat projectiles and surprise attacks. Its command has been changed to PP for the normal version, and PPP for the EX version.

Changes to the V-Reversal, Backslash, were made in accordance to the changes made to Sky High Claw.

To solve this problem, we’ve taken measures to prevent Backslash from triggering by requiring upward diagonal input for it to activate.

To rectify this issue, we’ve reduced the sideways knockback distance of said V-Triggers.

• Backslash (V-Reversal) Can no longer be performed with upward inputs.

• [Young] Standing LP Fixed a bug where various V-Trigger I and V-Trigger II attacks couldn’t be canceled into during rapid cancels. 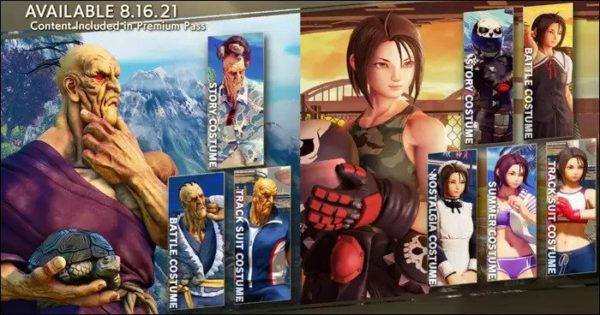 Making her highly-anticipated Street Fighter debut, Akira Kazama began her fighting game career in the Rival Schools series, which began in 1997. In Street Fighter V, Akira dons her trademark black biker gear and prides herself on being the strong, silent type. That said, her playstyle speaks volumes when she’s at close range, but she’s also equipped with some long-distance moves that will leave her opponents thinking twice about straying too far. With plenty of new tricks up her biker gloves, Akira has been studying up and will be ready to school anyone who crosses her path.

After a long journey away, Oro the wandering hermit from the Street Fighter III series is returning in Street Fighter V ready to share his wit and wisdom with anyone who’s interested. Wearing a modest purple robe and brown rope belt, Oro swaps his pet turtle between his right and left hands as a way to challenge himself and maintain a balanced fighting style. Oro retains many of his original moves and adds a handful of new ones for Street Fighter V, making him an immensely powerful fighter for players to master. 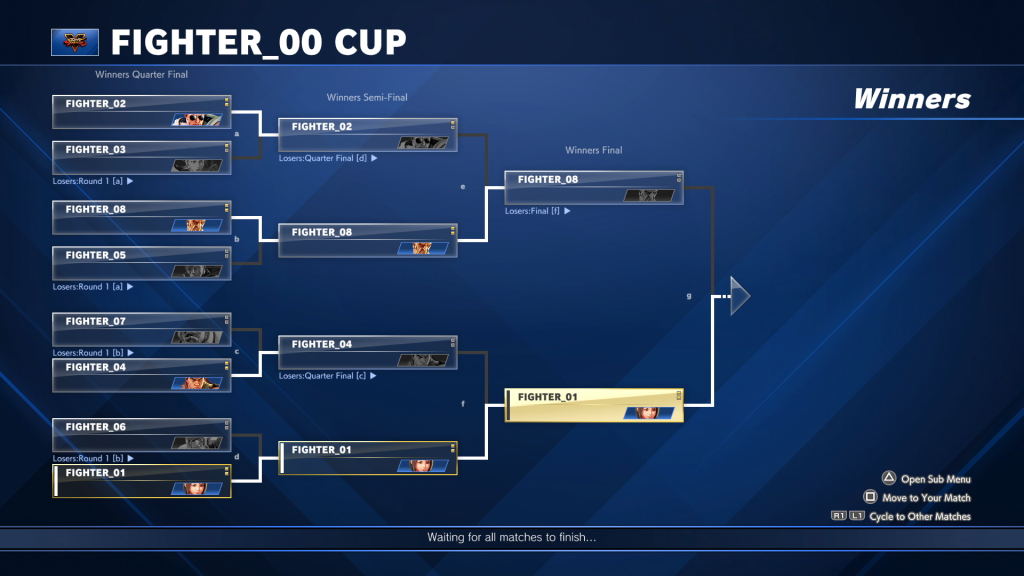 This free mode will be launching alongside Oro and Akira on August 16 and will be available to all players. Through this mode you’ll be able to create and participate in your own online tournaments with friends, Dojo members, and anyone from SFV community! You’ll be able to tinker with a wider variety of rule sets to make your tournaments as wild or restrictive as you want. We’ll have more information on this mode very soon, including some fun tournaments hosted by us, so stay tuned!

Once we get the official patch notes, we’ll update the post.

Don’t forget, outside of these two, there’s a new fighter entering the ring later this year as well, and he’s Luke! Check out his gameplay trailer right here.

Image for Season Pass via EventHubs