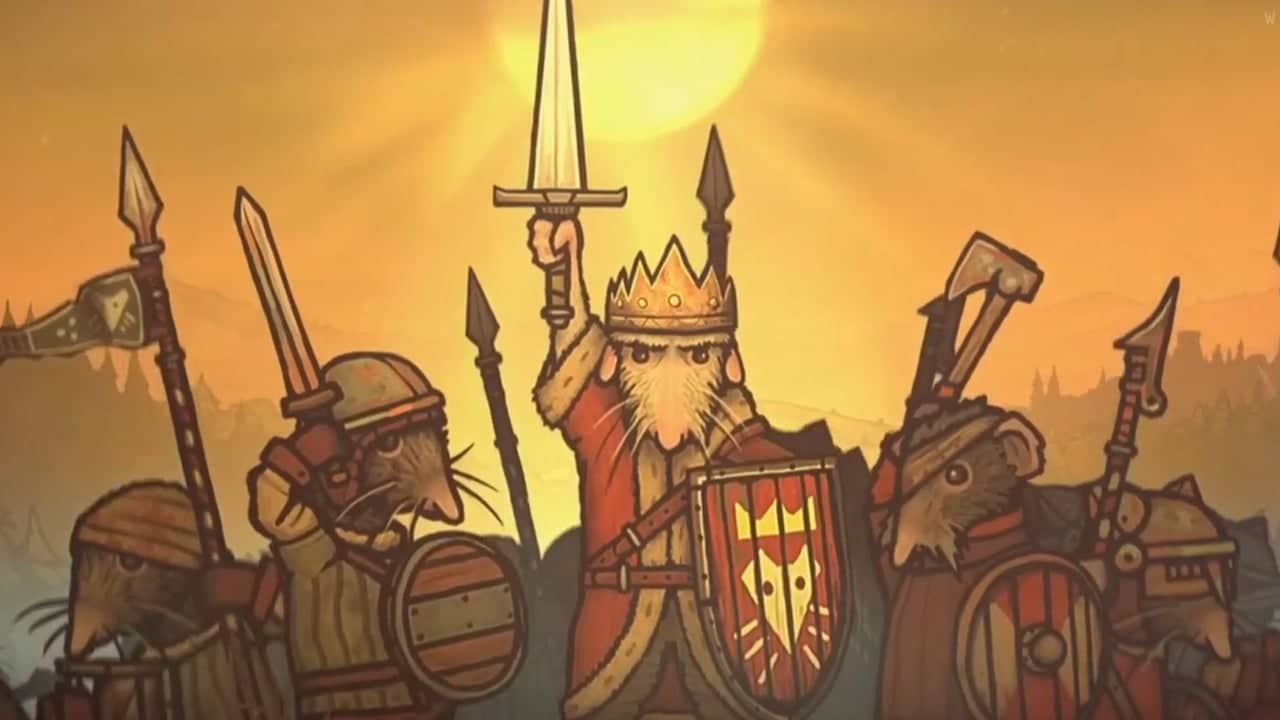 Prepare to embark on an action RPG adventure unlike no other that will captive you and test your skills, as indie publisher United Label’s Tales of Iron debuts a new animated story trailer on E3 2021 to showcase this new video game that is full of ambition and adventure!

Here’s the trailer that treats players to a luscious graphic presentation of mice and creatures in a medieval inspired game adventure!

If you’re wondering about the details for this RPG adventure, here’s the press release filling the details!

Created by indie development team, Odd Bug Studio, and published by United Label, Tails of Iron is an epic RPG Adventure with punishingly brutal, souls-like inspired combat. This deceivingly-beautiful, hand-drawn title is fully narrated by the deep, raspy vocals of Doug Cockle (voice of Geralt of Rivia from The Witcher). As Redgi, heir to the Rat Throne, players must restore your broken Kingdom by banishing the merciless Frog Clan and their ferocious leader, Greenwart.

As players explore the deceptively-charming world, they’ll encounter a cast of unique companions, ready to aid them in their adventure. And they’ll need all the help they can get, whether that’s new meal recipes, blueprints to forge deadly weapons and armour, or even a land-chugging, armour plated mole-mobile!

From frog zombies to gargantuan grubs – and everything in-between – the Kingdom is awash with danger. To overcome each perilous encounter, players will need to study their opponent’s attacks and react accordingly. Thankfully, there’s a range of deadly abilities on offer, including parry bashes and fatal executions, not to mention ranged attacks with your nifty bow and arrow.

The brand new, fully animated trailer depicts the colourful history of the Rat Kingdom, tracking the agelong battle between the race of Rats and their vicious nemesis, the merciless Frogs. Ending on a note of peril, the frog’s vicious leader, Greenwart, has once again invaded with increased vengeance, leaving Redgi to repel the Frog invasion and restore his crumbling Kingdom.

Overcome your fears. Rescue your brothers. Restore Your Kingdom.

Your tail has begun…

E3 showcases some of the most exciting upcoming games like these, and you can check out the broadcast schedule for this year’s show here.

Tails of Iron will be released on PS5, PS4, Xbox One, Xbox Series X|S, Switch, and PC later this year!