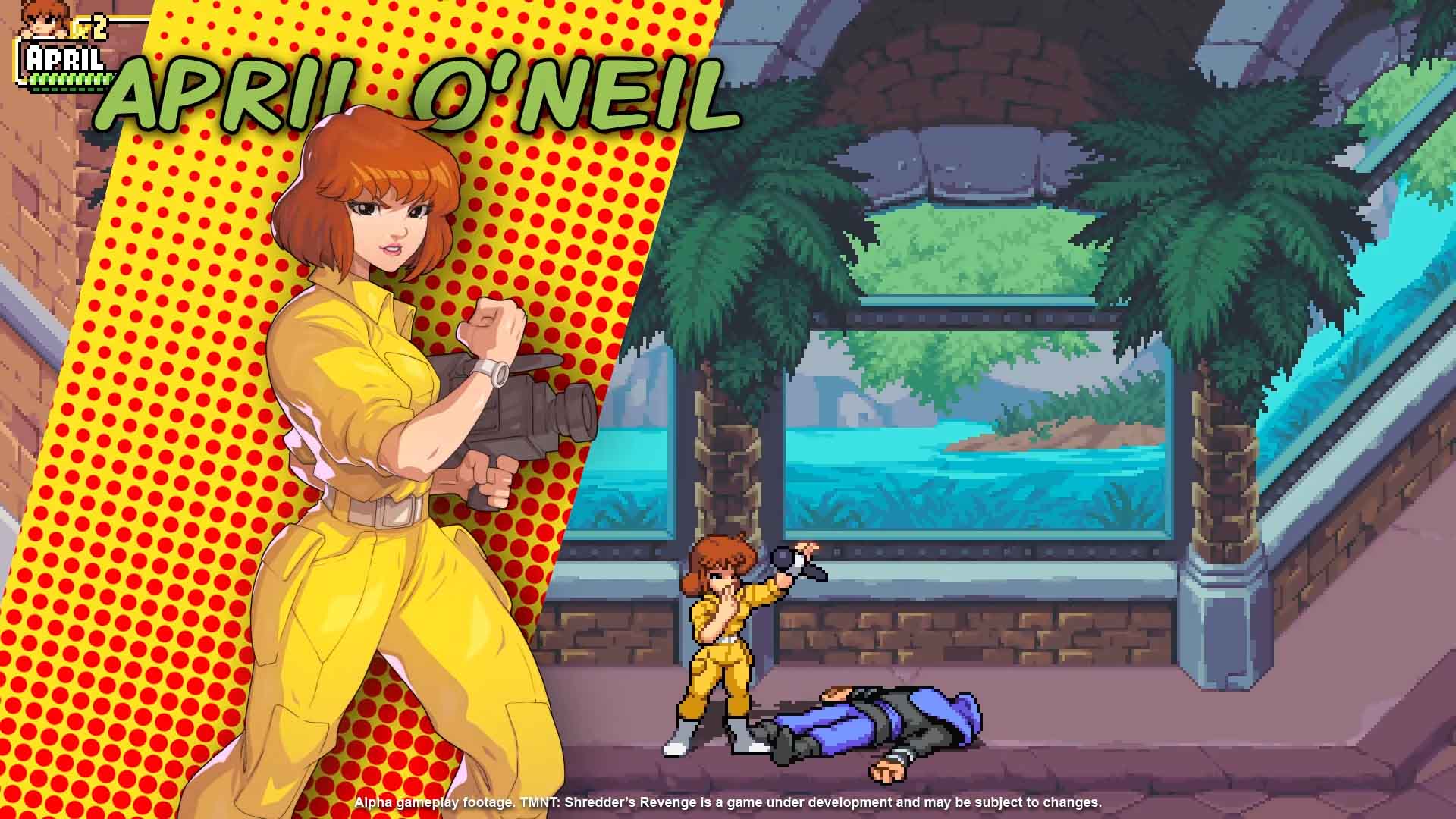 Turtle power adds another familiar ally to their beat ’em up cause, as Teenage Mutant Ninja Turtles Shredder’s Revenge makes news reporter April O’Neil a playable character in the game!

Check out the new trailer presented by Dotemu during gamescom!

Here’s the details on April as the fifth playable fighter joining Leonardo, Donatello, Michaelangelo, and Raphael!

Sporting her iconic yellow jumpsuit and trusty reporting gear, April unleashes flurries of hits against the Foot Clan’s devious soldiers via new gameplay. Her agility and far-reaching slide kicks help her close in on targets quickly, and she once again proves the turtles can rely on her unwavering support, even through slices of pizza.

As a tribute to the 1987 TMNT animated series and the beat ’em up games based on that show that came out in the arcades and consoles of that generation, Teenage Mutant Ninja Turtles: Shredder’s Revenge is developed by Tribute Games and published by Dotemu — and is looking to be one nostalgic beat ’em up fighter that will make its way to PC and consoles next year!

We reported on TMNT Shredder’s Revenge also making its way to Switch, and you can read about that here.

Delve Deeper Into the Dreamlands in the Dream Cycle Reveal Trailer