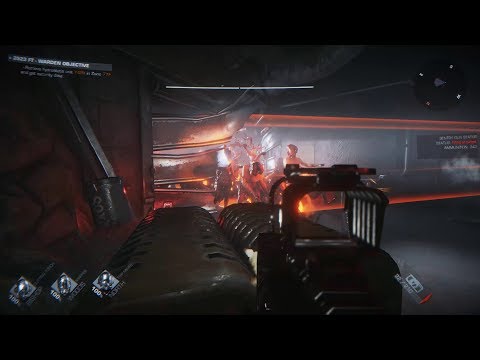 Possibly one of the best reveals during this year’s The Game Awards is 10 Chamber Collective’s “GTFO” — a new, four-player co-op shooter that looks to bring the horror, action and more all in one go.

Watch the GFTO game trailer below, and marvel at how awesome it looks — especially considering it’s being made by an indie studio with just eight developers.

GTFO is a terrifying 4 player co-op game for hardcore FPS players, brought to you by the game designer behind the PAYDAY franchise. Players get to play as a team of scavengers, forced to explore and extract valuable artefacts from a vast underground complex that has been overrun by horrifying monsters. Gather weapons, tools and resources to help you survive – and work to unearth the answers about your past and how to escape. GTFO is set to be released 2018.

It’s not known whether GTFO will drop for consoles, but based on what’s shown so far, let’s hope it does.

Here’s All of The Game Awards 2017 Winners, Including Game of the Year