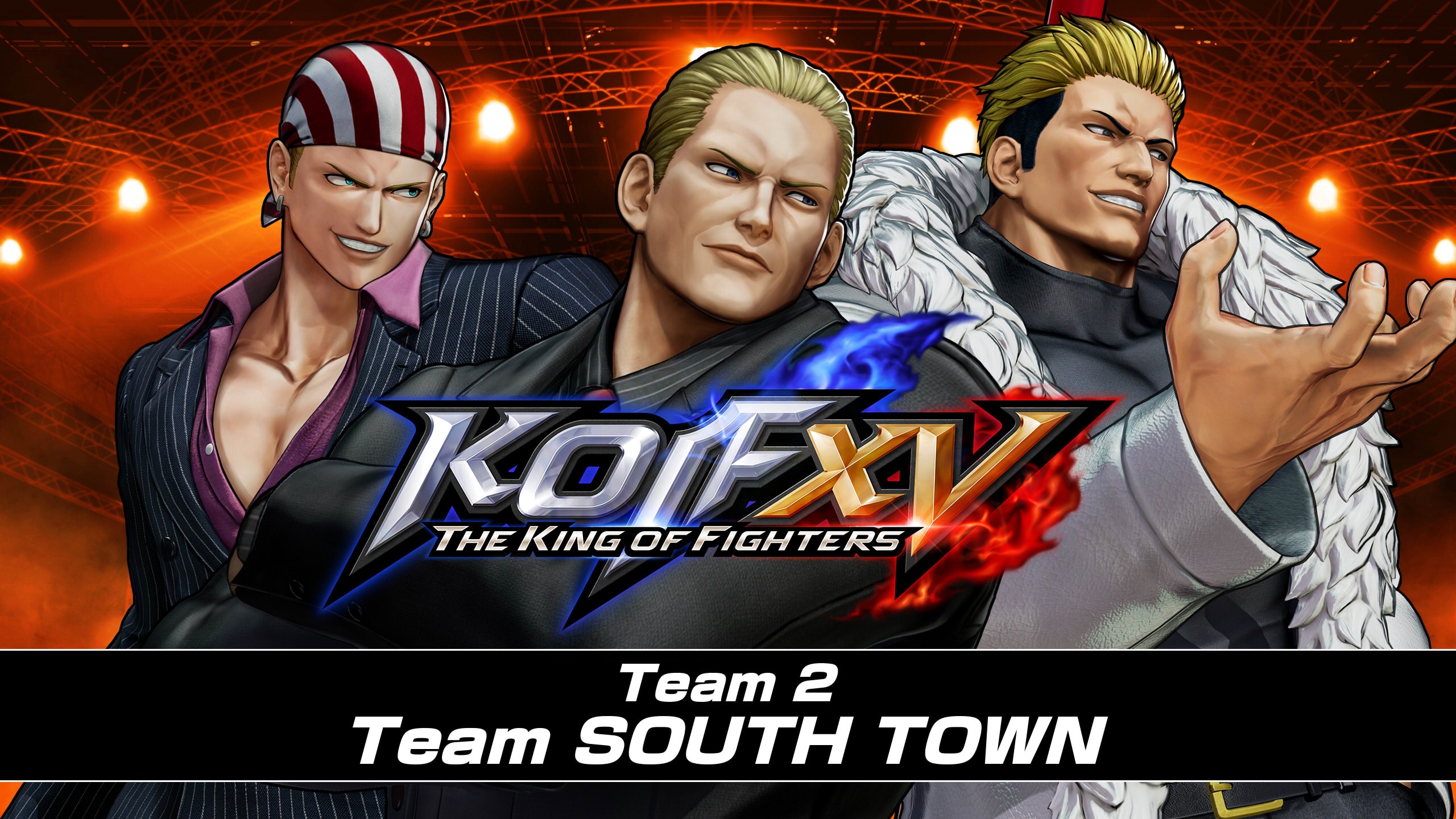 SNK has revealed a storyline reason why the South Town DLC characters are joining the fighting game roster in The King of Fighters 15. As you might know already, the South Town DLC includes the characters of Billy Kane, Geese Howard, and Ryuji Yamazaki. They are fighters from the famed Fatal Fury game series.

On the official SNK website, the publisher and developer has posted a short Team Story as to why the Fatal Fury fighters are here to fight in The King of Fighters 15. You can read the full Team Story posted down below.

“In a room at the very top of a high-rise building in South Town, Geese Howard sits with the mighty dignity of a ruler, gazing out at the breathtaking nighttime view stretching toward the horizon. A satisfied smile spreads broadly across his face, as he stares down at his domain. To his side, his loyal subordinate Billy Kane pores over some documents. The documents contain secret intelligence acquired from Heidern’s squad, most of which is investigative data on Verse, the strange creature that appeared at the previous King of Fighters tournament. The data concludes with a prediction that Verse will appear during this year’s tournament as well…”Heidern’s bunch are calling it ‘Verse’… Do you also think it’ll finally complete itself this time, Geese?” Geese answers Billy’s question with a knowing smirk. “I do. But see, Billy, there might be an even better distraction waiting for us.” “Huh? Like…what?” “Verse is just the vanguard. When the time is ripe, something greater will…”

Before he can finish, the quietness of the room is disturbed by laughter. Billy shoots a glare in the direction of the guest couch. The man who had just laughed, however, doesn’t drop his arrogant grin. As if enjoying the provocations, he puts his feet on the coffee table in front of him. “Kee hee hee… When I got handed that lump of cash, I never thought it’d be for another crazy monster appearance. You sure are a funny ol’ geezer.” Ryuji Yamazaki looks at Geese, his gaze dripping with malice. Geese does not flinch, but Billy glares daggers at the man who dared to disrespect his master. “Wanna try sayin’ that again, punk?” Billy taps the ground lightly with his staff. Yamazaki breaks his stare with Geese to look at him instead. “Hey, cool it with the barking. If you want to snap, how about I snap your jaw off, so you can’t bite anymore?”

Despite Yamazaki’s sardonic grin, no one doubts that he’d follow through on his threat. His eyes are like a viper’s before its prey. Billy readies his staff, also poised to kill. The air in the room is so tense that even Ripper and Hopper by the door hold their breath. “I must ask the both of you to step back.” A figure smoothly steps between the two men. It is none other than the newest member of the Howard Connection, Hein. The butler raises a hand to stop Billy and directs his gaze at Yamazaki. “Mr. Yamazaki, do remember that you have been employed to accompany and safeguard Mr. Howard in my place. You have been paid in advance for your services, but if you are to cause any further strife, I’m afraid it will be considered a breach of your contract.” Hein’s tone is calm and even, but his stare is frigid enough to render any normal person completely motionless. Ryuji Yamazaki, however, is no ordinary man—a sharp gaze like Hein’s would no doubt make him flare up instead.  ”Tch. I don’t give a shit…”

To everyone’s surprise, however, Yamazaki sinks back into the couch, looking bored. Disappointed, Billy puts his weapon away and turns to Geese. “Geese, I understand why we’d want Yamazaki, but why isn’t the new recruit going with you?” “Don’t worry. I ordered him to stay.” Geese smiles calmly and looks at Hein, who has stepped back toward the windows. Hein responds with a polite bow and begins to explain. “I have been granted permission to sweep the city of any dangerous dissenters while you are all away. Rest easy—by the time you have returned, all the trash will be taken care of.” His explanation is crystal clear; in fact, the only thing strange about it is how a fresh face like Hein has earned so much of Geese’s trust in the first place. Ripper and Hopper both nod, seemingly satisfied—perhaps they are thinking of the considerable loyalty Hein has displayed during his time with Geese. Billy, however, keeps his eyes on the butler, skeptical.

Then, Ripper glances at his watch. “Geese, it’s almost time.” “We’ve lingered here for too long. Hein, show our guest out.” With this order, Geese quietly turns his chair away from Yamazaki and Hein. “Understood, Mr. Howard.” “I’ll work for the cash, but listening to your minions ain’t part of the contract. I’ll have all the fun I like, you hear, Geese Howard?!” Returning Hein’s elegant bow with a nasty smirk, Yamazaki shrugs on his coat and ambles leisurely toward the exit. Hein watches him step outside the doors before following after. After the two men leave, Billy turns back to Geese and bows. “I’ll take my leave, then.” “Very well.” With his master’s assent, Billy walks toward the exit as well. As he passes through, he whispers to the two guards flanking the door.

“Keep an eye on that new recruit.” After sharing a glance, Ripper and Hopper follow after Billy. The door shuts once again, and silence returns to the room. After a beat, Geese stands up and strides over to the window. The expanse of South Town sparkles beyond the glass, the city lights like jewels resting upon black velvet. Many have walked this city’s streets, crafting all sorts of schemes to claim it for themselves. However, none have succeeded……save for this man who now stands high above the landscape. “The time has come for the creature of the secret texts to descend and rule us all…but that is only the opening act of this grand show.” As he gazes down at it all, Geese Howard smiles. “Vixen and viper… I must commend you for trying to bring all the evils of the city under your control. We will see if this little play you’ve prepared will entertain me.”