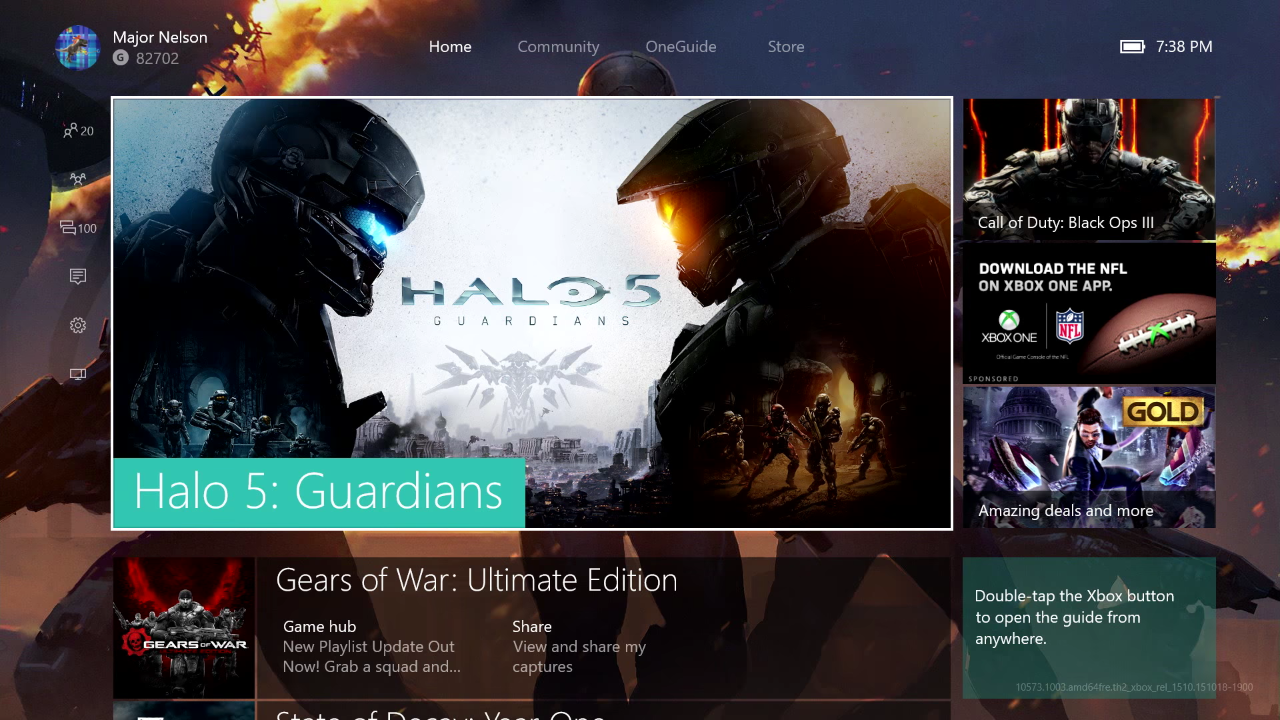 A major update to the Xbox One dashboard is rolling out to all owners today, promising big improvements to the Xbox One experience with faster performance and better navigation.

When it hits your console, the 1.15GB update should take place automatically if your system’s power mode is set to “Instant-on.” If not, you’ll be able to check for the update in “Settings” and then “System.” Outstanding consoles will be prompted to download a mandatory update on November 23.

If you haven’t been keeping up, here’s a quick peek at what your new home will look like:

A note on the 104 backward compatible Xbox 360 titles that Microsoft announced would also be available today: digital purchases won’t show up in your library until after 12:01PM PST / 3:01PM EST.

Activision Scores Over Half a Billion Dollars On Call of Duty: Black Ops 3 Opening Weekend