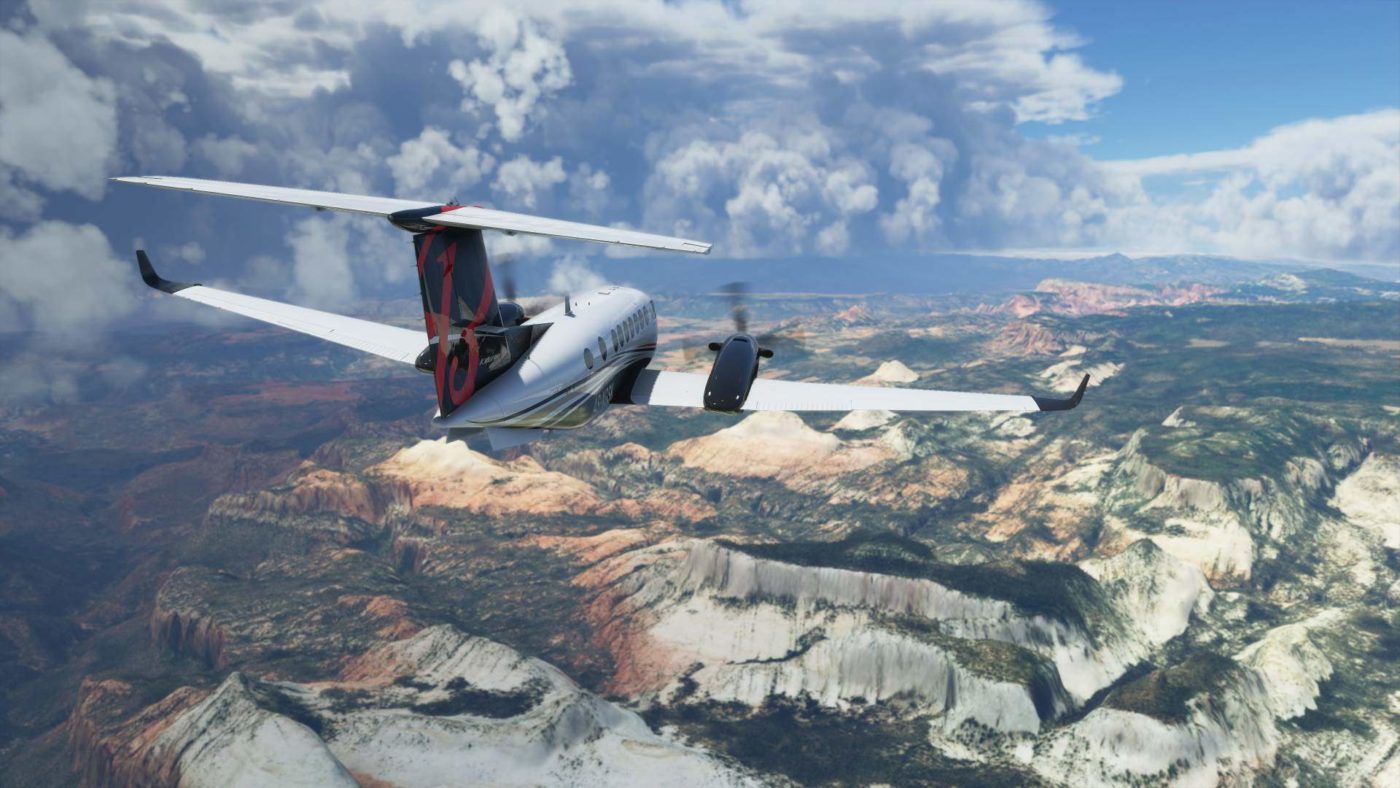 Aerosoft has announced that they have become the official retail publishers of Microsoft Flight Simulator, and will be bringing a physical PC version of the game to Europe in two different boxsets.

The news comes from the official Aerosoft forums, in which a rep confirmed that Microsoft Flight Simulator will be available (Europe) physically for PC in two 10 double-layered disc sets. Yes, you read correctly, the PC version will feature 10 discs total! While many are opting to go digital, Aerosoft is ensuring that it continues to supply its simulator community with the means of accessing the game, without dealing with slow downloads.

It is with great pride that we can announce that Microsoft has chosen Aerosoft as its retail publishing partner for the new Microsoft Flight Simulator .

Aerosoft will bring the two boxed versions of this venerable simulator to customers in Europe. Including 10 (!) double-layer DVD’s and a printed manual in a spectacular box, it is an ideal way of entering the new age of flight simulation.

For the last few months, we have been working closely with the spirited team from Microsoft and the talented developers at Asobo. They have helped us in getting our add-ons ready for the new simulation platform and in a very small way our 27 years of experience assisted in creating this amazing simulator.

Some further details were revealed surrounding the boxers, which you can read up below.

Our DVD’s contains ‘all’ of part 2, apart from the updates Microsoft and Asobo do between the moment the the DVD’s are pressed and release. When you install, the sim will updates all files immediately form the servers and you will get the very latest code for the simulator itself and all content is updated. This is very much a simulator that depends on the cloud if you want to use it to its full potential. So the boxed version makes it possible for people on a slower internet connection to get the sim installed without downloading the ‘content’.  So the simulator is in every way, 100% the same. The boxed retail version just gets you a nice box, printed manual and about 90 Gb you do not have to download. There is no difference between boxed retail and the verison MS sells directly.

It may be a head-scratcher for those who have grown used to the idea of just downloading a game directly, but we have to say this announcement is pretty cool, no matter how ridiculous it may seem. Microsoft Flight Simulator is launching August 18 on Xbox consoles and PC systems.