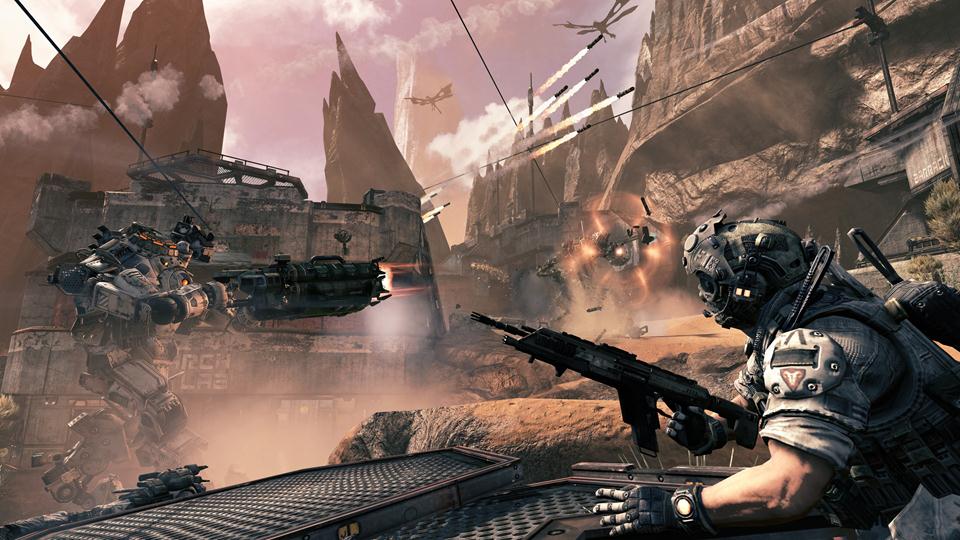 Titanfall fans might be getting little more alien in their life, according to recent DLC hints from the game’s developer.

Earlier, IGN asked Respawn Entertainment community manager Abbie Heppe about the giant roaming monsters that appear in some of Titanfall’s maps like Boneyard and if more prominent alien threats might ever be a feature in future DLC.

“We are going to have maps added, and we’re trying to give players as much of a varied look at things as we can so that is definitely a possibility,” Heppe answered.

Before Titanfall’s launch, it was presumed that players could interact with these tall monsters and flying beasts during a match, though they ultimately ended up as background spectacle as a way to enrich Titanfall’s lore.

Titanfall is expected to receive three installments of DLC at $10 each in the Spring, Summer, and Fall, though fans have the option to pay for all three up front at a $5 discount through the Titanfall Season Pass. While aliens might play a possible role in future expansion, it sounds like additional Titans Chassis will not, however.

“That’s a real big question,” Heppe said. “In order to [add a Titan] it takes so much balancing to make all the Titan abilities work with each other, and then against pilots.

“It’s a huge undertaking. Originally we just had the Atlas titans and then the team refused to add in the rest of the Titans until we were all sure that that one fitted perfectly with everything else in the game, so… I’m not announcing any new Titans right now!”

What are your hopes for Titanfall’s DLC?

Battlefield – The Evolution of Gulf of Oman