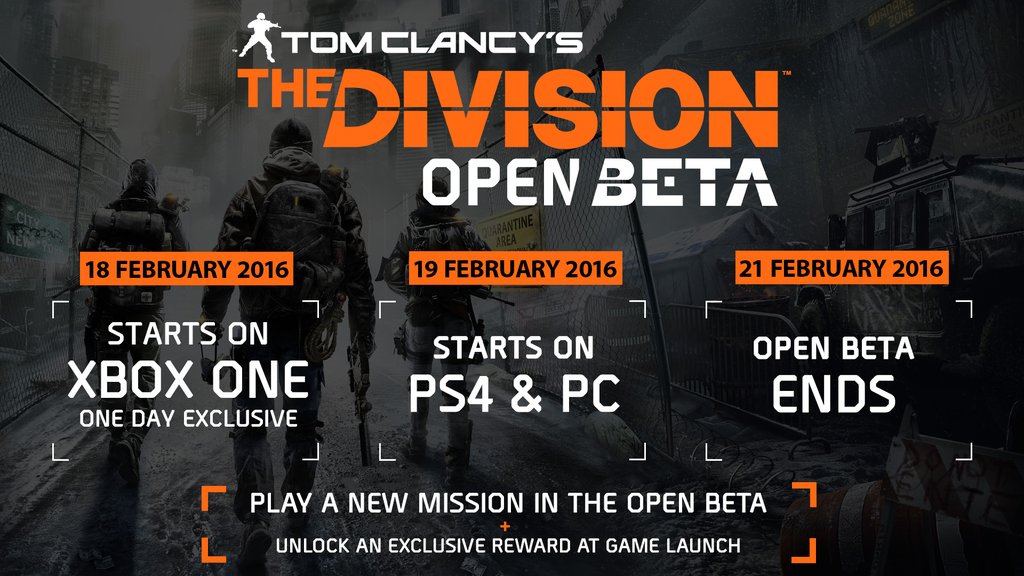 A new beta testing period for Tom Clancy’s The Division is coming to Xbox One, PlayStation 4, and PC later this month, Ubisoft and Massive announced today.

Unlike the closed beta that took place late last month, the upcoming beta will be open to all players on all three platforms. Anyone will be able to pre-load the content starting on February 16, though servers won’t be available until February 18 for Xbox One users or February 19 for PlayStation 4 and PC users. According to the announcement, the open beta will run until February 21 and will feature the same content that was available in the closed beta with the addition of an all new story mission.

If you weren’t around last month, that means you can expect two different story missions, multiple side ops, multiple encounters, a look at the Base of Operations, and some Dark Zone content in the open beta. Character progression was tightly capped but there were still a number of options for customization. Participants will also get an in-game reward that will unlock for players when the game officially launches.

Massive says the upcoming open beta “will test the game systems further, and provide player feedback that will benefit the game experience at launch.” In other words, it sounds like the studio is doing what they can to ensure a smooth launch on March 8.