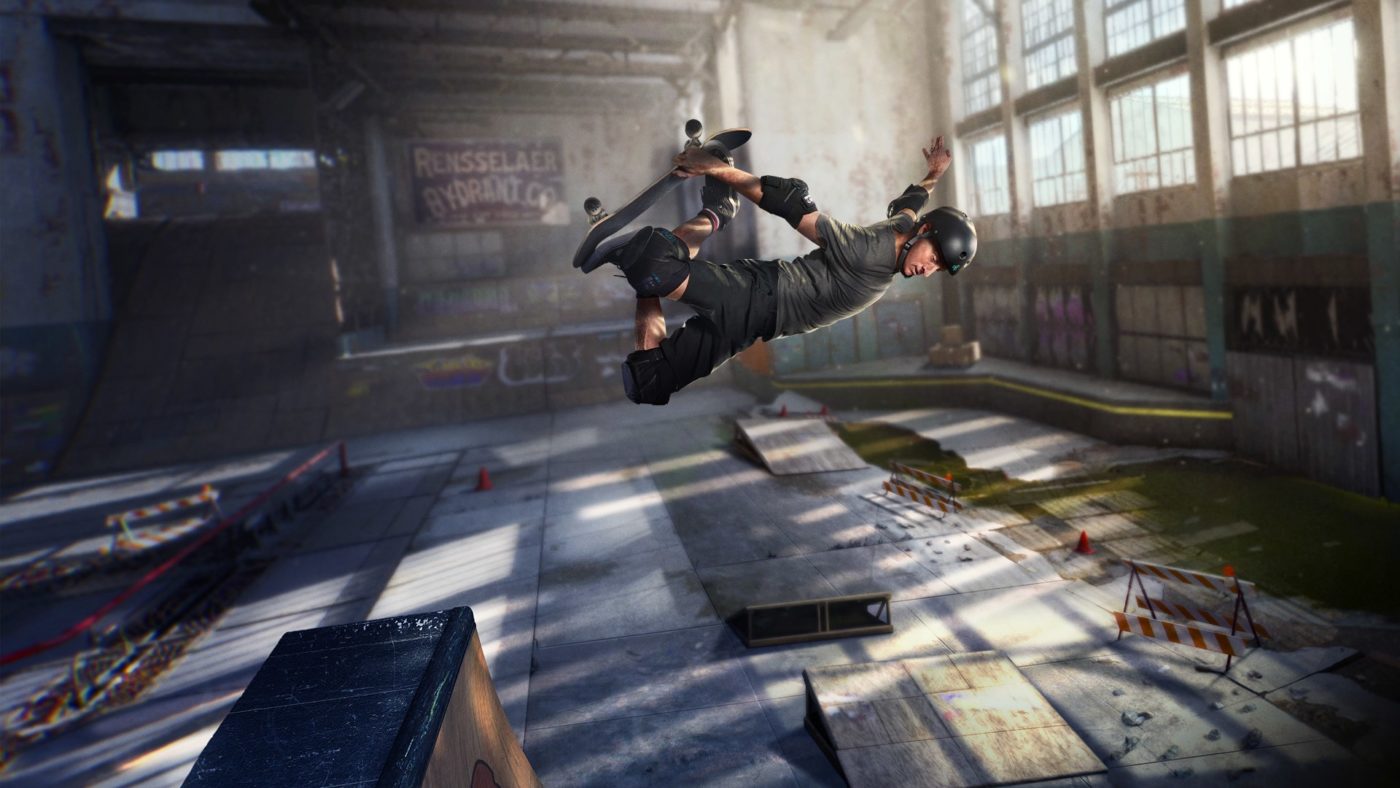 I have a lot of fond memories playing the original Tony Hawk Pro Skater games on my PlayStation with friends. We would pass the controller around seeing who could get the best combo or high score. It was one of my favorite series all the way through Project 8 which was the last game in the series I played (partially due to EA’s Skate series which I came to prefer). Seeing that Activision was finally taking the series seriously (enough) again to make a proper remake collection of the first two games got me excited. The question I had is how would a game released 21 years ago hold up today while maintaining what made the franchise so fun and addictive in the first place? Read on for our Tony Hawk Pro Skater 1 + 2 review!

It seems that the key to the success is: if it ain’t broke, don’t fix it. The game gets a necessary visual update, the skaters look, maps/courses, animations all look exponentially better but the controls, at least as far as my memory goes, remain largely uncharge. Within seconds I was recalling how to do all of the basic tricks to ollie, grind, grab and kickflip. Messing around with the d-pad, in tandem with a specific button allowed me to learn the tricks necessary to string together big combos for massive points. It reminded me of how fun the arcade style score chasing of these games were.

The maps, to my recollection, are laid out the same way as they were originally as are all of the challenge items to collect. It really is a remake in the truest sense and thanks to the addition of some moves added to the series after THPS2, the arcade style skating antics should appeal to old school fans and newcomers equally.

As in the original, new levels are unlocked as you accomplish more goals in the levels. You can also unlock stat points for your skaters which can be added and removed once they’ve been assigned to the skater. So, for example, if you have slightly too much speed to grab a collectable, you can lower it just for that goal and then add them back by pausing and going into the skater menu. Changing to a new skater will reset the stat points to be collected on each map. There is also a fairly deep character creator to make your own skater if you don’t want to play as one of the many pros in the game. The faces are all templates but there are a decent amount of them allowing you some freedom to make someone who looks reasonably like you or not like you at all.

To further customize your character there is a skate shop where you can buy hats, shirts, pants, shoes, socks and even tattoos for your skater, as well as deck, grip tape and wheels for your boards. The shop is really robust and the more challenges you complete the more you level up and unlock more items. It’s designed to keep you playing this game long after you’ve completed all of the map goals. It should be noted that all of these items are purchased with in-game currency, no microtransactions

And while I really like the skate shop, I’m not at all sure why you have to exit to the main menu to access it. For a game that feeds into the “one-more session” loop, having to leave the game to access new gear for your skater seems like an oversight. It would have been much preferred if you could access the shop from the pause menu or even between runs.

Make no mistake. This is not a sim like the Skate series. This is arcade through and through meant for big, long, ridiculous combos for big scores. And while that system still works incredibly well for this series, there are some things that I wish hadn’t been brought a long to this update. My least favorite thing is that you’re constantly moving, there is no feet off the board, line up your run. You have to steer your way back to the start of it if you mess up. Turning could be slightly tighter. Because you’re in an almost constant state of movement you may find it frustrating if you’re just trying to get one collectable that requires a series of jumps to get to where one mistake means starting that part of the run over, and having to get back eats precious chunks of time. This is a minor quibble to some but for me these were the only times I wasn’t having fun, which made those moments stand out more.

There is a map editor so you can build your own parks and share them online for other players. I’m sure this feature will appeal to many but create your own maps in any game has never really appealed to me.

I haven’t mentioned the music, which a lot of people seem to care about, but beyond three songs/artists (Suicidal Tendencies, A Tribe Called Quest, and Anthrax with Public Enemy), none of the songs do anything for me. And since music is one of the most subjective things there can possibly be, I’m not going to hold my personal dislike or disinterest in the music here against the game.

All in all, Tony Hawk’s Pro-Skater 1 + 2 is an incredible remake in that it shows just how great these games were with how little the controls were touched, but allows a fresh coat of paint and additions to make it feel modern for new players. No nostalgia required.