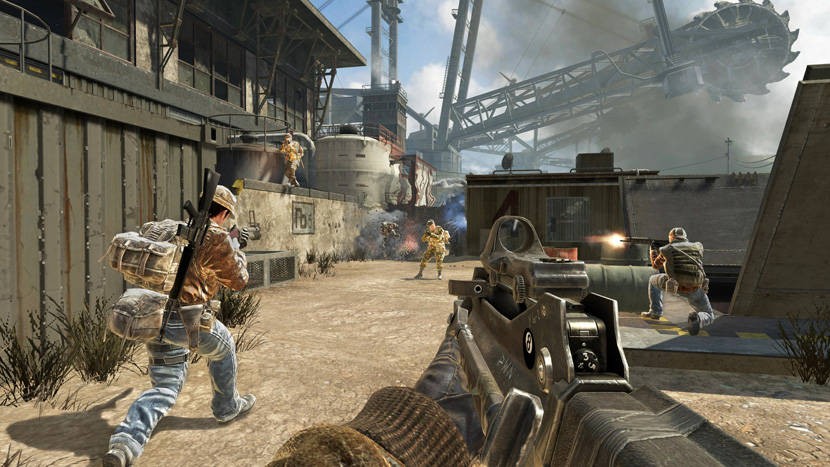 2010 was an incredible year for games. It brought us classics like Super Mario Galaxy 2, StarCraft II, and other phenomenal hits. These games were cutting edge with fantastic graphics, game modes, unique online play, and more. In fact, they were so good that it’s hard to believe they’re turning ten.

Are you ready to break out your old consoles? If you are, then check out our list of the top 7 multiplayer games from 2010. If you haven’t played any of them in a while, it’s time for a revisit.

We all know someone who’s played thousands of hours of StarCraft II. And not only back in 2010, but even this year. It’s got everything from massive tournaments to player customized maps and more.

The original StarCraft defined the real-time strategy genre. StarCraft II perfected it. The game is both broad and specialized, thus appealing to any style of gaming. And whether you’re a professional or amateur, you can still have loads of fun.

StarCraft II was so incredible that it’s created entire eSport leagues with international celebrities and million-dollar competitions. How can you get better than that?

EA sports have long defined the sports genre industry. You probably already heard the “EA Sport…it’s in the game” slogan in your head. EA Sports MMA took the prowess of EA into the then-emerging sport of MMA.

You can jump into your favorite athletes and engage in some close combat in locations around the world. EA Sports MMA had a wide variety of multiplayer modes. On the online system, you could even upload hype videos to taunt your opponents.

Despite the popularity of the game, it was banned in Denmark. It violated a law prohibiting marketing for energy drinks. It made it quite tricky for fans to find the game. Even today, you can’t always find EA Sports MMA offline in Denmark.

Call of Duty: Black Ops achieved record sales for the franchise. Within 24 hours, the game sold more than 5.6 million copies. The game included a variety of excellent multiplayer modes allowing players to play in locations around the world. Fan favorites include Hong Kong, Russia, Vietnam, and Cuba.

The last location caused controversy in Cuba. In story mode, the players had the mission to assassinate Fidel Castro. But Cuba didn’t choose to ban the game. However, Call of Duty: Blacks Ops was banned in Venezuela along with other shooting games that year.

Bans on violent video games, along with other types of content, are also widespread in China, Turkey, Germany, and many other countries. But gamers know well to take advantage of VPN to access banned games. A VPN server hides your location to let you bypass bans and play your favorite games. It’s also a great way to get discounts on Steam and other online retailers.

In 2010, you could spend millions of hours getting lost in massive games like Grand Theft Auto or StarCraft II. Meanwhile, Pac-Man Championship Edition was the fun reincarnation of the classic game with a new twist.

You get a vast range of new maps and modes. Sure, it’s not exactly a multiplayer game. But Pac-Man does give you great options to connect with friends through leaderboards and other fun tools. Thus, you can still call out your friends for a challenge.

It’s hard to believe, but it’s been a decade of Minecraft. Although an early release did come out in 2009, the Alpha release shot the series to worldwide acclaim. Minecraft reinvented gaming with its unique twists.

With the mixture of funky graphics, creative design modes, and more, Minecraft has created joy for millions of gamers of all ages.

Who could believe right on the heels of GTA V, Rockstar would release another masterpiece of a game? This beautiful open-world game is so far from GTA, it’s difficult to compare. The story mode is fantastic and may even make you tear up at the end.

And, you get to spend hours pretending to be a cowboy. How about a little blackjack and horseback riding? After playing the sequel, it’s time to revisit the original classic.

It’s hard to imagine any game could top the original Super Mario Galaxy. But Super Mario Galaxy 2 is somehow even better! For older gamers, it’s almost as much fun as the classic Super Mario 64. The game is creative and takes advantage of the fun dynamics of the Wii console.

But it’s the gameplay that still leaves reviewers going crazy. Super Mario Galaxy 2 won the game of the year awards back then and continues to be a top seller. If you still have your Wii, you can find it for as little as $8 on eBay. There’s no better deal than that.