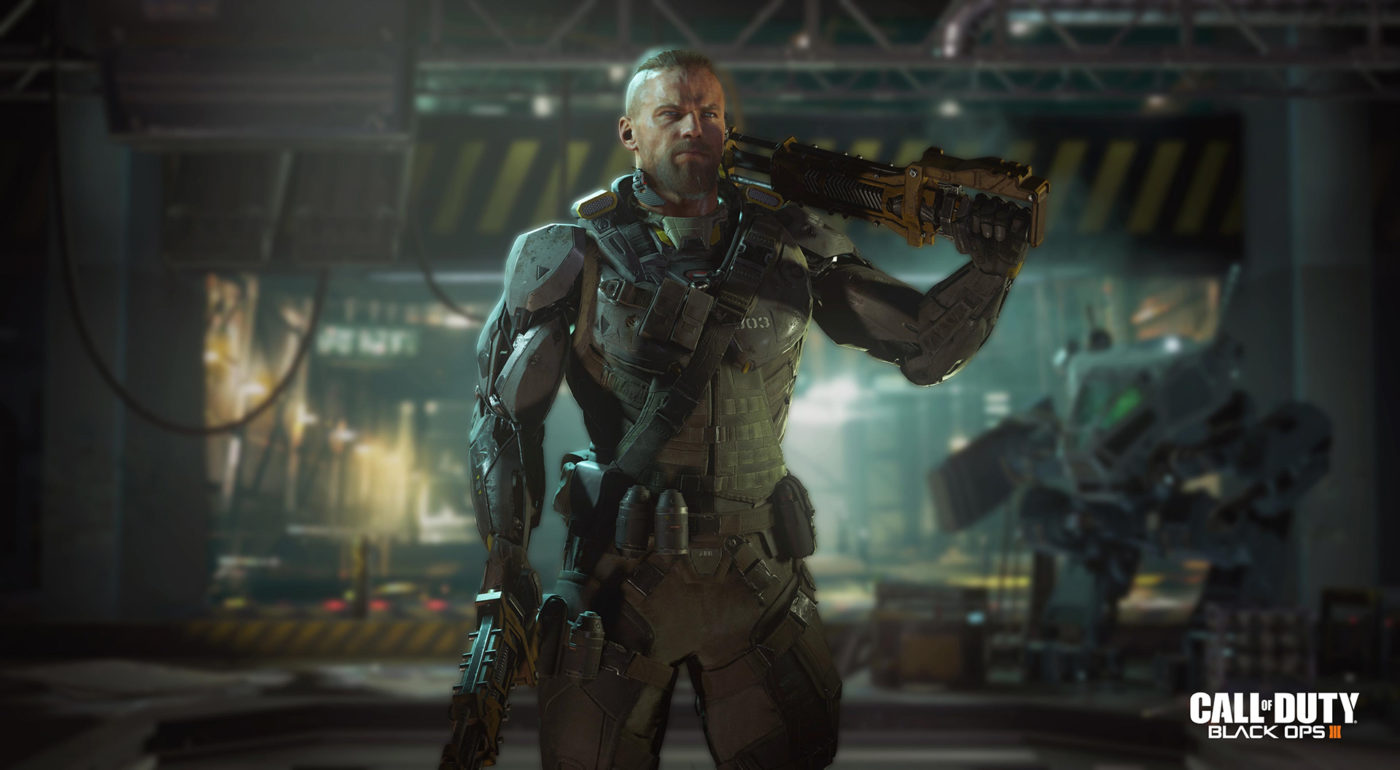 Judging alone by the game’s global reveal trailer, Treyarch’s Call of Duty: Black Ops III is already off to an impressive start, which the studio attributes mostly to the series’ new three-year development cycle.

“I wanted to bring back just those insane battles that only Call of Duty could do,” Lamia said. “There is so much stuff going on that we simply could not render all of that at that quality at 60 frames per second. You just can’t do that unless you do an overhaul of that whole system.”

It was revealed earlier that Black Ops III will continue to run at 60 frames per second on consoles and at a 1080p resolution on PlayStation 4, though the PC version can be cranked up to a 4K resolution and beyond 60 fps with the appropriate hardware.

Black Ops III’s graphics engine wasn’t the only thing to get a redesign. Treyarch hopes the game’s new movement mechanics like thrust jumping, power sliding, and wall running will open up new possibilities for players without straying too far from the series’ tried-and-true ‘boots on the ground’ gameplay.

“The paths are all there if you decide you don’t want to chain movement or wall-run or whatever,” Lamia explained. “I do think you’re going to want to, […] but for players that don’t want to do that, it’s not a requirement and the game rewards players just fine who are just about staying ‘boots on the ground.’ So, if you play Black Ops II, this should feel like a natural evolution of momentum, but also if you want to play just like Black Ops II, you can as well.”

Lamia says the idea for a new movement system came to designers quickly, but map design that compliments that new movement took some iteration.

“We had the core movement set in quickly, but movement goes hand-in-hand with map design,” he said. “You have milliseconds to think about it in the map, and we didn’t want you to have to think about if you could pull off a particular kind of move. It just has to kind of be natural where you just look at it and then you’re able to do it. There was a ton of iteration.”

Meanwhile, Campaign Director and Executive Producer Jason Blundell is grateful for the extra development time that allowed the studio to take the risks it otherwise wouldn’t have been able to take.

“In the two-year development cycles, the kinds of risks we’re taking right now, we wouldn’t be able to do with just two years because it needs so much iteration,” he explained. “[We iterated on the first set of multiplayer maps for] a year. That’s three maps we were working on and each one was constructed in a different way so that we could learn how the different map shapes and the different ways that you pace combat felt differently with the different moving mechanics as they came in.”

It also allowed the studio to build even further off of the ideas that were previously touched upon in Black Ops I and Black Ops II, like the new Specialist system.

“Before there was the Pick 10 in Black Ops II, we were going down the path of starting to do character archetypes, which we had dabbled in with every single game before that,” Blundell added. “This time, having the three-year cycle was a place and time where we actually had the time to flesh that out.”

Call of Duty: Black Ops III will launch on PlayStation 4, Xbox One, and PC on November 6. Multiplayer will be playable at this year’s E3 as well as in the upcoming multiplayer beta that anyone can access by pre-ordering.