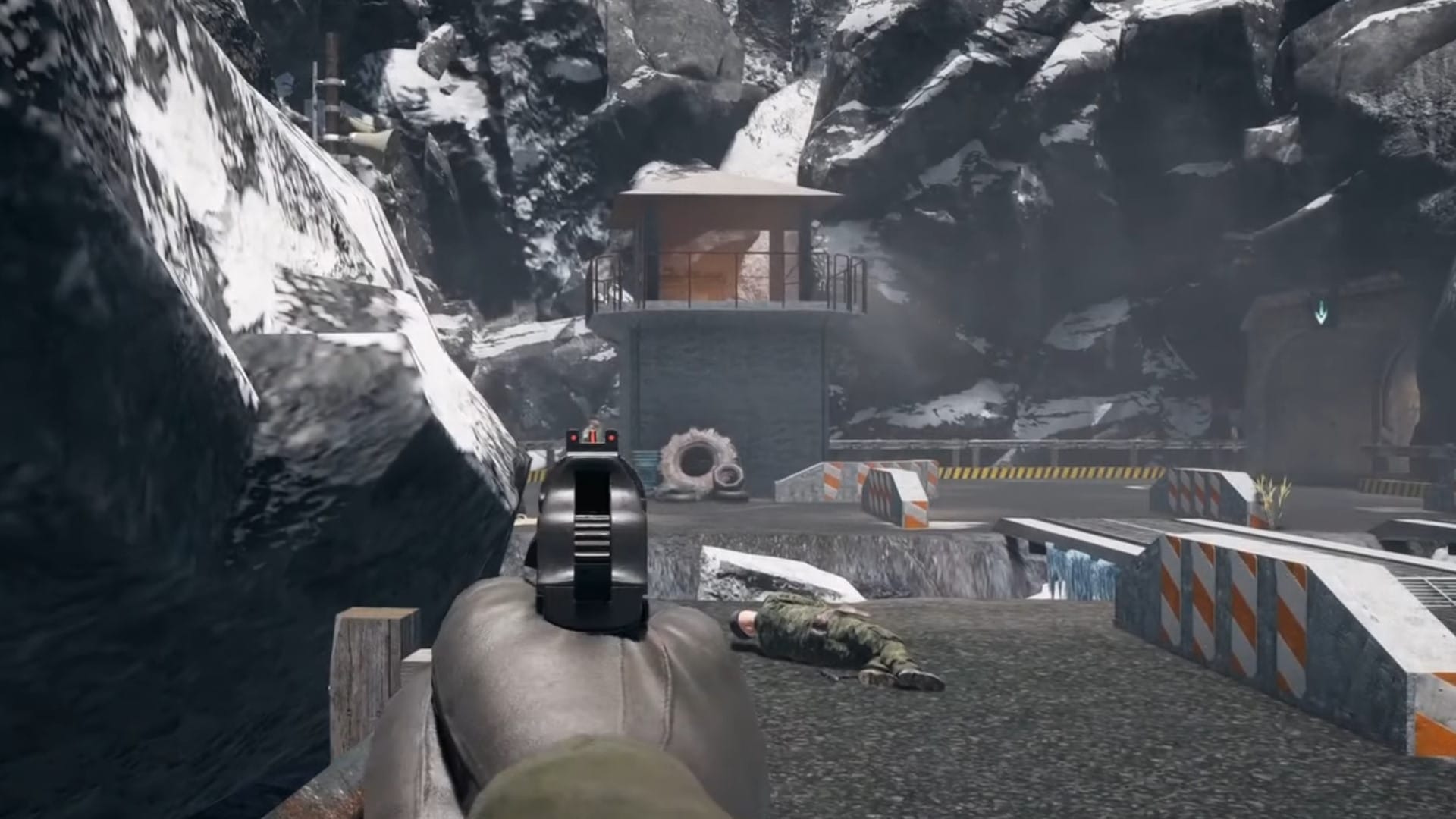 Well, that didn’t last long. Last month, a dedicated Far Cry and Goldeneye 007 fan released a full 18-map recreation of the original Goldeneye 64 levels that were playable directly from Far Cry 5. It was a passion project of their that was free for everyone to enjoy, and while all seemed well with Ubisoft, it would appear that the studio behind the James Bond franchise didn’t take it too kindly and has issued a full takedown of all the maps.

Krollywood, the creator of the re-released maps, recently made an announcement on YouTube, that they had released their second multiplayer map on the PS4 version of Far Cry 5. While exciting, many users who wanted to play the map soon came to the realization that they were nowhere to be found. In a YouTube comment response, Krollywood notes that Ubisoft were forced to remove them due to a email from MGM, the studio that created James Bond.

He expanded on this, and even posted the full notice which reads as:

On 6/23/2021, we received a notice from Metro-Goldwyn-Mayer Studios, Inc. (“Complainant”) that Complainant believes the Goldeneye fan made mod in FC5 (detail below) infringes its intellectual property rights. In particular, Complainant believes you are infringing its copyright and trademarks

Comments from Complainant: It has been brought to my attention that your company currently hosts a remake of the 18 levels of the “GOLDENEYE 007” (1997) videogame crafted by Krollywood in the Far Cry 5 Arcade Mode. Exploiting our Bond Properties whether by you directly, or by a third party user, is unequivocally not admissible nor protected. Krollywood’s GoldenEye 007 remake makes unduly use of our trademarks, US TM No. 2957173 (GOLDENEYE) and EUTM No. 2045473 (GOLDENEYE Stylized and Design). Further, the cited remake inescapably benefits from our famous 1995 motion picture of the same name, protected under U.S. Copyright registration No. PA 1-397-651.

User Krollywood is not authorized to use any JAMES BOND/007 indicia, much less provide a video game to the public using your in-game map editor as the driver. In doing so, Krollywood develops an implied association to the Bond franchise. Kindly note that only the MGM Parties are authorized to grant licenses to third parties on the JAMES BOND properties thus, this misuse of our IP generates confusion among the public as it gives the impression that Krollywood’s remake is a licensed collaboration with Ubisoft and thus constitutes an act of free riding on the prestige of our franchise. I appeal to you to immediately remove this content from your servers and relinquish any and all public access via all pertaining gaming platforms (i.e. PC, XBOX ONE, PS4 and Amazon Luna).

Luckily, Krollywood was able to back-up the levels so they aren’t completely lost forever, though of course he won’t be able to resubmit them as they currently are.

This is certainly a massive letdown, although not a surprising one as many expected this to eventually happen. Hopefully this doesn’t discourage Krollywood from working on any other projects.

Remnant From the Ashes Update 1.24 June 24 Shoots Out for Fixes