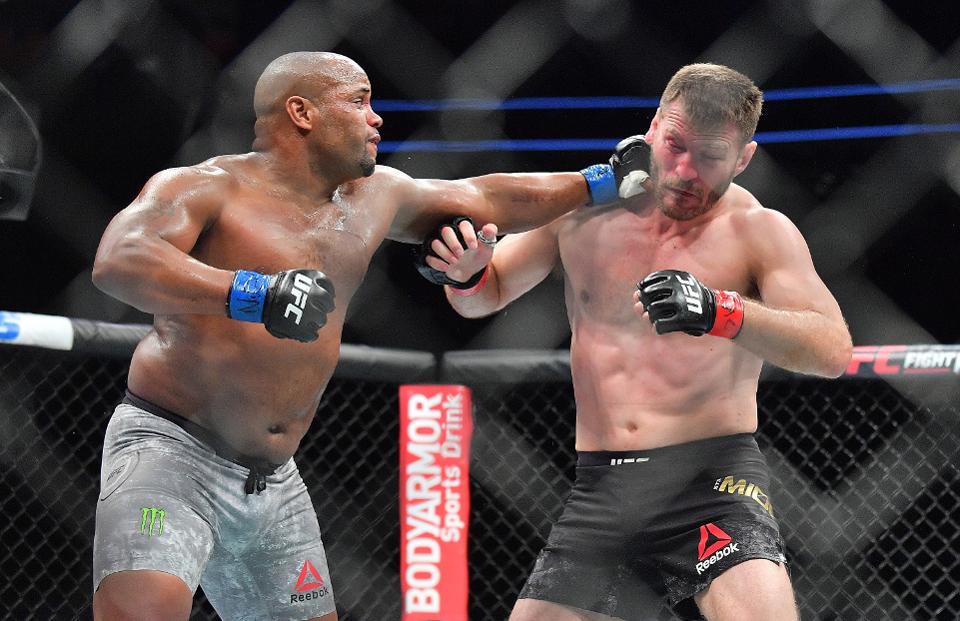 Just last week, EA gave us an early look at the fighter ratings for UFC 4. Not only that, but it’s also been revealed that players can expect a fighter update after every match to reflect the latest event! While we don’t know how much of an impact each event will have to the fighters, we do know that the UFC 4 ratings update will be handled by none other than Daniel “DC” Cormier!

If you’re a UFC or MMA fan, then Daniel Cormier needs no introduction. He’s the former UFC Heavyweight Champ, and former UFC Lightweight Champ. Cormier is only the second fighter in UFC history to hold titles in two weight classes simultaenously. He can add UFC 4 ratings adjustor and “game voice” to his resume as well!

In big real world UFC moments, we’re going to be handing the reins of our ratings over to Daniel Cormier who will decide whose ratings go up, and whose go down. If you want your favorite fighter to be a 5 star fighter, you’re gonna have to take that up with DC. Safe to say he’s pretty excited about this…

In EA SPORTS™ UFC 4, we teamed up with DC to make sure the game is as authentic as possible by mirroring UFC fighter’s up to date stats depending on how they perform in real life fights. There’s no one better to be the expert on UFC 4 fighter ratings than two-time UFC champion, Daniel Cormier.

Don’t forget to check out our first look at Career Mode in UFC 4 right here.

UFC 4 will strike its way out this August 14 on the PS4 and Xbox One.