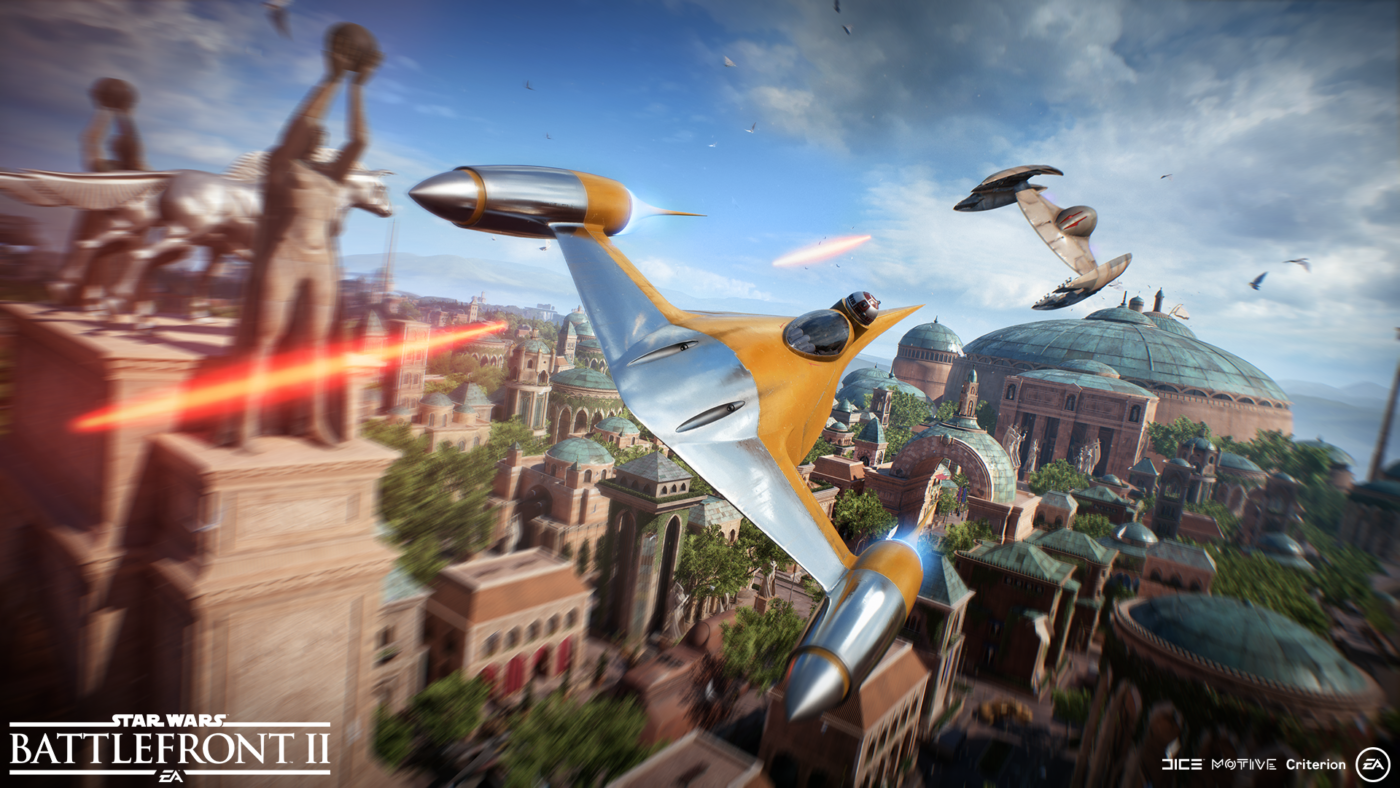 GAME has sent us a statement, which you can read below.

“For a short time this morning a Beta Code was shown on our website through a broken link today priced at 10p. This link has subsequently been fixed. We apologise for any confusion caused. Early access gained through the Beta Code is exclusively available for free for customers that pre-order the game, however we will honour the purchase for those customers that did buy the code only via the broken link.”

No more Star Wars Battlefront II beta codes for sale, then. But you can pre-order to gain access for free.

Considering early access was supposed to be an exclusive pre-order bonus, it’s unusual to see GAME selling access, and I have to wonder if they have permission to do so.

Here’s a screenshot of the offer: 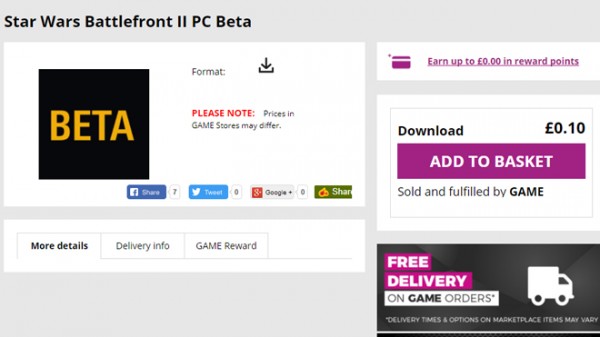 Head here to purchase one for yourself! (Assuming it’s still live!)

If you do get access, do remember that there are the following daily challenges to complete:

Assault Trooper Challenges – Play as an Assault trooper, play as all four trooper classes, and defeat 150 enemies in any mode to earn rewards.

Battle Points and Hero Challenges – Use your Battle Points to become a Hero, play as both a Light and Dark Side Hero, and defeat 20 enemies as a Hero to earn rewards.

If you don’t manage to get an early access code, fear not, for the beta will open up to all players on October 6. It ends on October 9.

Will you be playing in the Star Wars Battlefront II beta?