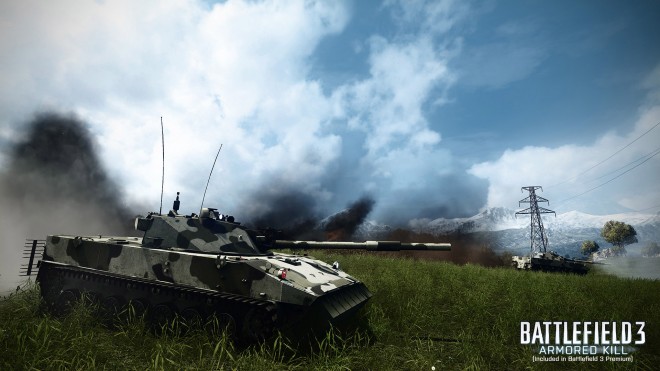 In a surprising turn of events regarding Battlefield 3 PC’s color grading controversy, it appears as though DICE may be sticking to their guns after all. In a follow-up post to the earlier statement below, this particular DICE employee clarified,

After discussing this further with my colleagues, we have decided to not implement this feature. This is the studio’s take on this matter, and I support this decision:

“As a studio, it is extremely important for us at DICE to have a unique identity in our games, not only from a gameplay perspective, but visually as well. While we appreciate that some players might want a slightly different look to the game, we are proud of the visual identity of Battlefield 3 and do not wish to change it.”

I apologize for getting anybody’s hopes up, and if you have any further questions on this subject, I will refer back to the above statement.

Keep in mind that this is perhaps why the initial statement was never officially announced by DICE.

Could gamers currently enjoying Battlefield 3 on the PC finally be getting a chance to see the bright-side of life?

According to a recent post on the MordorHQ forums, DICE employee Mikael Kalms had this to say regarding the highly controversial topic of allowing gamers to tweak Battlefield 3’s color grading on the PC.

There will be a console command for disabling the color grading entirely in the game included with the next PC game client update.

We believe that turning it off gives no major competitive advantage/disadvantage. IRNV scope and a few others which turn the image into greyscale or greenscale don’t work properly without color grading and will look real ugly.

There will be no in-game UI for turning it on/off.

We are unlikely to handle support questions and bug reports regarding stuff that happens when color grading is disabled.

Though there has yet to be an official statement on the update, PC gamers have been requesting such a feature since Battlefield 3’s initial release. Some have even run into troubles with bans due to tampering with game files in an attempt to disable color grading. An earlier statement by DICE read:

To make sure that everyone on the Battlefield plays multiplayer on equal terms, we also want to make sure that the game files have not been compromised for any reason. For us, a changed game file indicates the user is trying to affect the game to get the upper hand in multiplayer, whether that’s by modifying the graphics or making the game otherwise behave in a manner that is not as designed. We will not differentiate between someone who has modified the game for reasons he thinks are benign and a player doing it to cause grief online.

Players tampering with the game files for any reason need to know that this is against DICE and EA policy and is grounds for banning. Everyone else just needs to know that we will always strive to create a fair online gaming environment.

However, it looks like things might change for the better with this upcoming PC game client update.

Let’s hear your hoorah’s for PC gaming in the comments below and hope to hear more details from DICE.

Thanks, Oldboy_GR, for the tip!