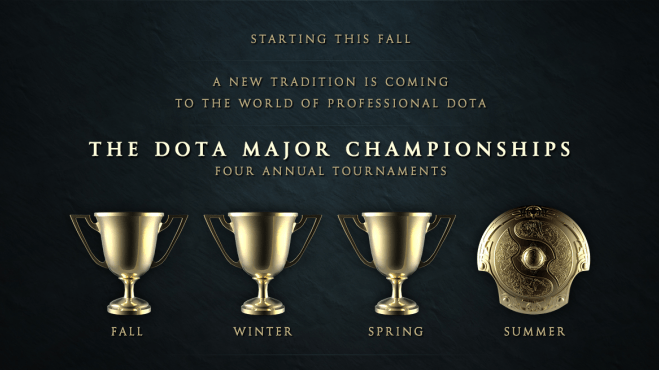 The world of Dota 2 eSports is expanding with Valve’s latest initiative, a series of annual marquee tournaments called the Dota Major Championships.

Top Dota 2 teams will compete at “premier venues around the world,” one of which will likely be their previously established The International event. The three additional tournaments “will be Valve-sponsored events hosted by third-party organizers at different locations around the world.”

As the list of cups indicate, there’ll be one tournament per season, the first taking place this Fall with the highlight event, presumably The International, taking place next Summer. More details to come, says Valve.