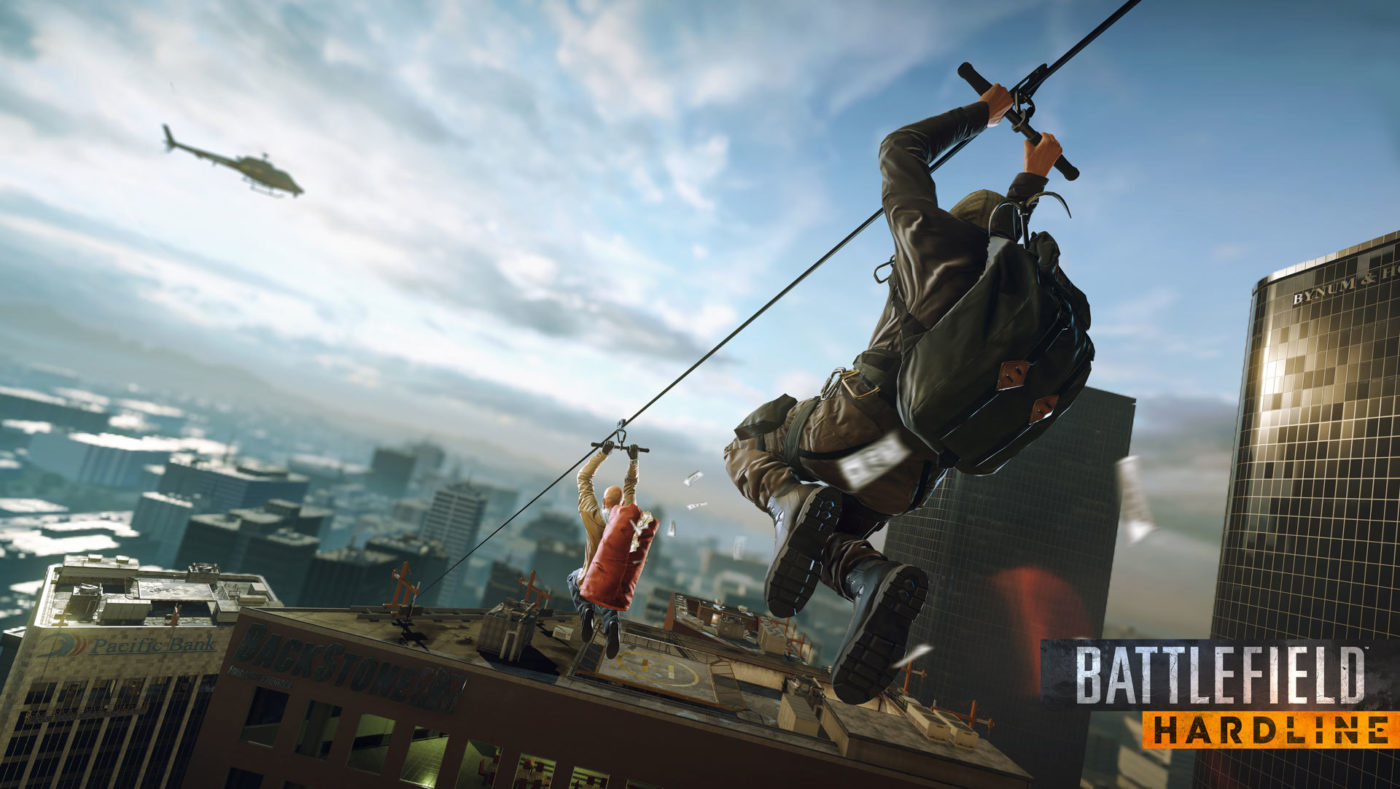 Seven game modes in total will ship with Visceral Games’ Battlefield Hardline when it launches this Spring, five of which are never-before-seen in the Battlefield franchise.

Visceral General Manager Steve Papoutsis confirmed the numbers in a recent interview with Battlefield 4 YouTube personality, JackFrags, where he also stated that nine multiplayer maps will be available on day one.

Fans of the classic Rush game mode, made popular by the Battlefield: Bad Company series, may be disappointed to learn that it will not be a part of that list, unfortunately. Papoutsis confirmed on Twitter earlier this month that Rush will not be returning in Battlefield Hardline.

Thanks to the help of Reddit users Storm_Worm5364 and 3RDRANGER, we’re also starting to build a list of weapons that we’re fairly certain will be playable in Hardline. Here’s what we’ve got so far, in addition to what was seen in the Hardline beta. It is by no means a complete or final list, nor might it be 100% correct, but here it is anyways:

As we mentioned earlier, Visceral is experimenting with asymmetrical, faction-specific unlocks and is also looking into class balance that resembles that of Battlefield: Bad Company 2.

Sad to hear Rush won’t be returning? What do you think is Hardline’s fifth unannounced new game mode?

Battlefield 4’s Biggest Game Update Is Here, Now Rolling Out on PC and Other Platforms