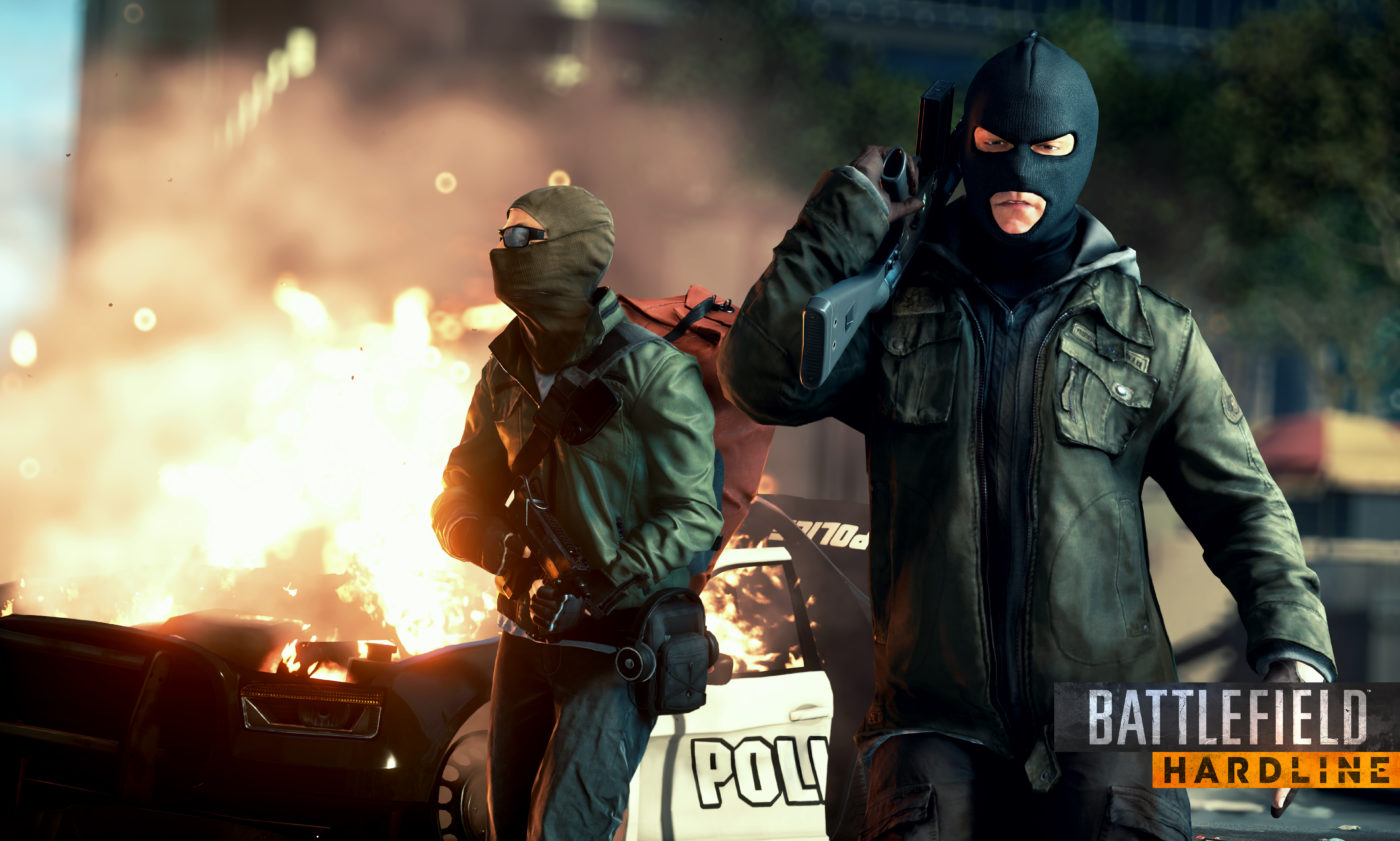 Fuelling some discussion over on the Battlelog forums, Visceral Games Lead Multiplayer Designer on Battlefield Hardline dropped by to describe some of his thoughts on class balance in the studio’s upcoming cops vs. criminals shooter.

Moving away from Battlefield 4‘s more traditional military theme and into the crime-filled world of the criminal underground, Battlefield Hardline takes on a slightly different philosophy to multiplayer class balance. Similar to Battlefield 4, the four-class set-up remains, though the role each plays may differ.

This class is powerful, but balanced now. The Operator’s extensive selection of carbines and assault rifles gives him a wide engagement range and the medical function of the class is very important for teamwork. However, his limited number of gadgets makes him a little bit more accessible to new players and also limits his flexibility, meaning other classes are needed to support him.

The Mechanic started off as a pure vehicle-based role, but vehicles are somewhat less prominent in Hardline, so it evolved over time. Where it is right now is a pretty sweet spot. Being the “gadget guy” means he gets an eclectic collection of useful toys, but he still retains his importance in vehicle-based maps and modes. A great complement to the Operator, as his close-range SMGs can destroy nearby enemies effectively.

The Enforcer is still a bad-ass. Capable close range shotguns and long range battle rifles, along with the ability to provide ammunition to teammates and shield them from damage are powerful abilities. In addition, he’s got the every-popular Breaching Charge which allows him some tactical flexibility and brings a great deal of appeal to the class.

The hard-hitting DMRs and SRs the professional has can be used to secure an objective from a distance, while his rapid-fire sidearm can be used close-in. The camera and LTMs can help the pro survive being flanked and ambushed, and can be used tactically to defend objectives to assist his team. In addition, stealth training lets the pro get up close and personal, getting the drop on unsuspecting enemies.

As Sasser mentions, the list above only includes class-exclusive gadgets. For a full list of all gadgets, weapons, attachments, camos, grenades, and more, be sure to check out some of the Hotwire multiplayer gameplay footage that dropped earlier this month.

What do you think about Battlefield Hardline’s set-up so far? Do you like the new direction class balance is headed in, or are you saving your thoughts for the game’s second beta due out sometime before launch on March 17? Tell us in the comments!