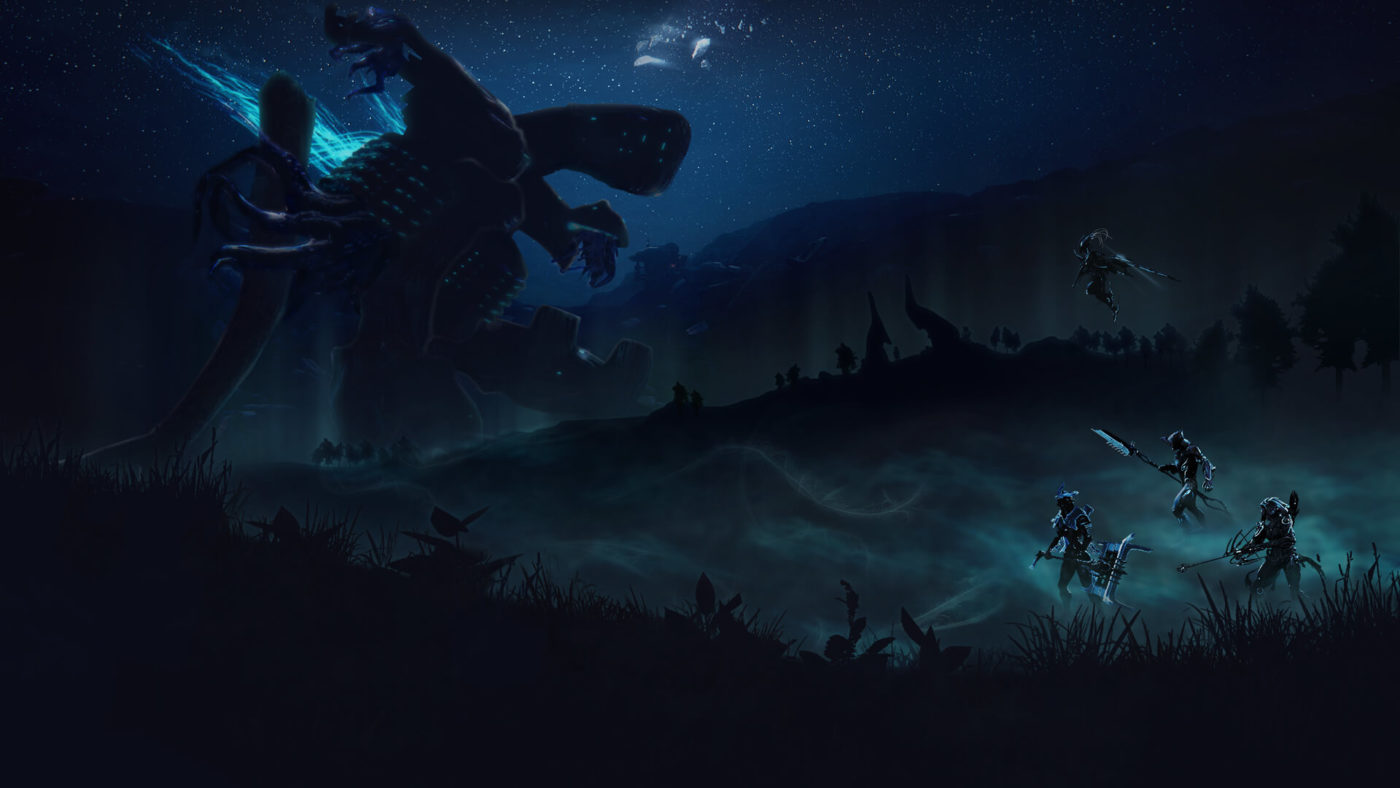 Digital Extremes’ new Warframe expansion called the Plains of Eidolon finally has a console release date! For those not unfamiliar with Plains of Eidolon, it’s the biggest expansion so far for the free-to-play shooter, and it’s coming today, November 14 for both PlayStation 4 and Xbox One!

Here’s what Digital Extremes has to say about the expansion (via the PlayStation Blog):

If you have been playing Warframe over the years, either as a veteran or weekend warrior, you are familiar with traveling from your ship to planets and back to unlock and play missions. The procedurally-generated mission maps have a clear start and finish, with objectives that lead you through fixed and enclosed environments. Today, we’re launching an open-space Landscape called Plains of Eidolon on PlayStation, which enables you, faithful Tenno, the chance to explore an open territory like never before in Warframe.

You can approach the environment any way you want. The Plains offer a continual asymmetrical day-night cycle with different activities in each timeframe. Want to hang out in the settlement town of Cetus with friends and visit the Ostron vendors? Craft your very own bone-crushing melee weapon (which we call a “Zaw”)? Burst straight into combat against new Grineer enemy types by raiding base camps and ambushing roaming squads?

Or are you a proud veteran player, with the experience to take on the ultimate battle against the titanic Teralyst Eidolon, a giant monstrosity that requires a calculated blend of combat skills and systems to beat it?

According to Digital Extremes, Plains of Eidolon will be a massive 2.5×2.5 kilometer open world territory with creatures, enemies, surprises and more.

Not only will the content be free, but there will also be a couple of new Trophies/Achievements for it, too!

For Warframe fans, let us know how the expansion plays. Warframe has been four years out and is still very much alive and well, which speaks volumes about its quality more than anything.

Have you downloaded the Warframe expansion yet? What do you make of it so far?