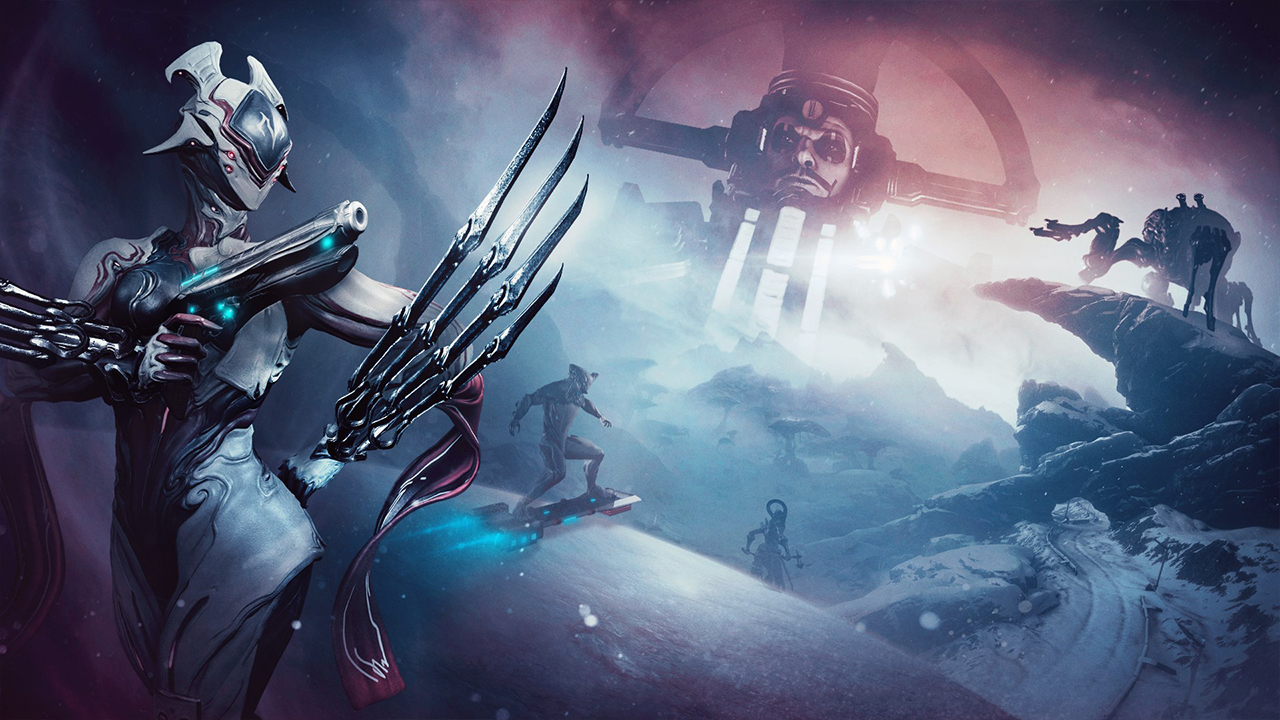 Digital Extremes has debuted some fresh brand-new gameplay for their upcoming Empyrean update and along with the much highlighted railjack gameplay, they have also debuted a pretty cool new social feature called “Squad Link.” Just what is this Warframe Squad Link? Read on for the details.

What Squad Link does is that it lets squad play with each other in real time through an objective that “crosses the barrier” of the game.

From the demonstration during TennoCon 2019, the team showed off this feature, which allowed two squads composed from either the player’s friends list, clan or alliance to link up with one another and share a common objective. The demonstration started off with the team on land responding to a distress call coming from the other squad, whom which were engaged in an all out space battle. Down far below on the surface of the planet the team responding to the call began seeing the battle come into view in the sky as they were tasked to shutdown a disruptor field to help those in space take down the enemy ships.

Sound familiar?  Well it should as the dev team were quick to make the reference to Star Wars’ Battle Of Endor, which saw the main characters in the film in nearly the exact situation. The squad fighting up in space held out long enough for the team below to shutdown the generators powering the ship’s shield, and once that was done it was smooth sailing as they easily took down the opposing threat.

No further details were revealed as to how many squads can be linked at once, but the team did state that these types of linkage can still occur without Squad Link, although it would be very difficult to do so. And in addition, if you were able to get a linkage going you would be missing out on the benefits such as squad resources and rewards.

No release date for this Warframe Squad Link feature has been announced, other than it’ll go live with the big Empyrean update. Needless to say, if you’re a Warframe fan, this is one game feature that should make missions a whole lot more epic in scale.