Taking to the latest Livestream (Devstream #139,) game director Steve Sinclair revealed that Squad link is coming in the next major content drop along with a few details as to what else will be coming with these drops.

“Operation Scarlet Spear is the first rollout of the squad link that we showed last year, which will be multiple missions interweaved together. This is going to be a very interesting event, unlike any other where there is real-time cross-mission squad link play that’s going to be happening. With the Deadlock Protocol, we’ve shown a little bit of the art rework. There’s a quest that’s coming, with a Warframe (Protea) for the Deadlock Protocol, there is a Jackal”, Steve said before being cut-off to be reminded this isn’t the content stream.

As for when we can expect Operation Scarlet Spear? That will be coming sometime next month as revealed during the stream, along with Deadlock Protocol and Protea releasing in April. 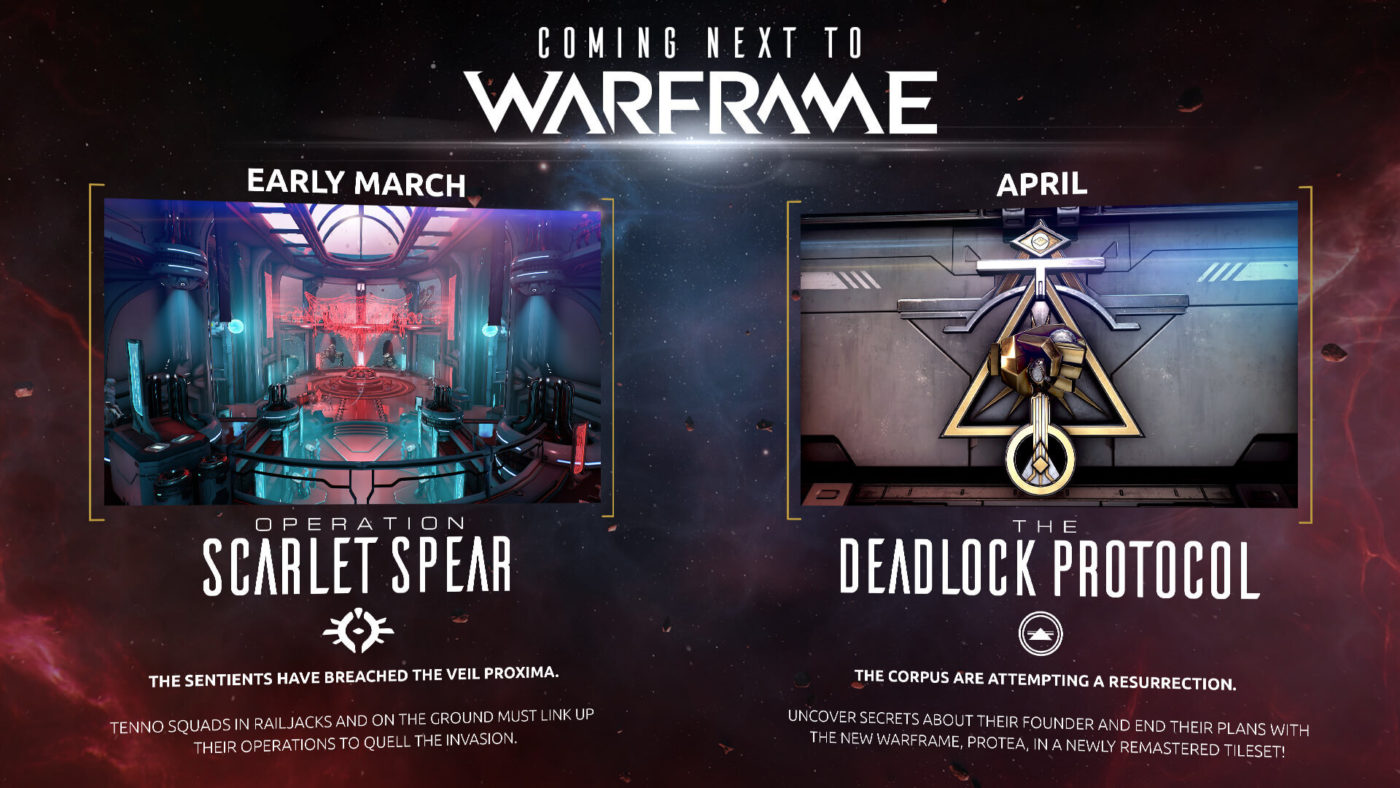 The team went on to show off a dev build of Operation Scarlet Spear, though it was a brief look of the Warframe Squad Link feature which has now been renamed Operation link. With Operation link, players can participate in Ground or Railjack missions working together for a common goal. For Operation Scarlet Spear, the data that is collected from all the missions is being used to learn how to fight off a sentient invasion from the old war. Down below is a screenshot to get an idea of how progression works.

Operation Scarlet Spear will be dropping for Warframe next month along with some major revisions coming to the PC version of the game. We will have the full list of changes up later today.

GDC 2020 Postponed Until Summer Due to Coronavirus