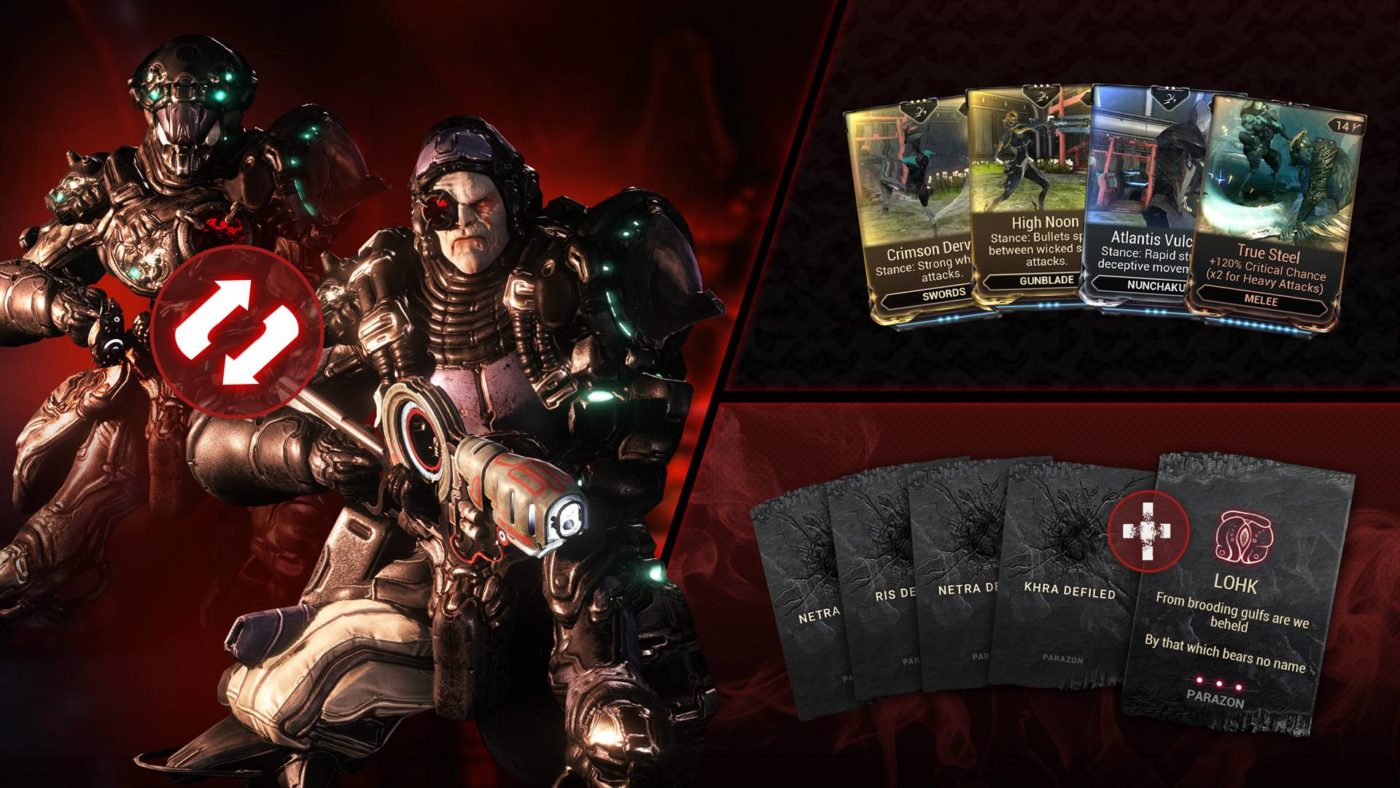 Update: If you’re looking for the Warframe Rising Tide Update that got released this December 12, 2019, click here.

CONVERTED LICH TRADING: If you have a Converted Kuva Lich, you may trade them with another player who may be looking for a specific Kuva Lich Weapon or Ephemera. This system includes the use of a brand new Dojo Room inspired by the early ‘War Room’ design from the King Pin System! Liches can only be traded once and are traded as Rank 1 Liches – you cannot re-trade a Converted Lich past one person!

THE CRIMSON BRANCH: This Clan Dojo room serves the purpose of trading Converted Kuva Liches, and will scale up to future entries in the system with other factions!

BACK-TO-BACK DUPLICATES: Your Kuva Lich will no longer have the same weapon twice in a row. While you may get a duplicated weapon down the road, your Kuva Lich will have a guaranteed different weapon than its immediate predecessor.

RECYCLE YOUR REQUIEM: 4 Defiled Requiem Mods can now be Transmuted into a random, fully charged, Requiem Mod. This gives them some additional use, as well as helping you clean up your Inventory.

These changes take a stab at some balancing in the wake of all the changes and adjusts some Stances based on feedback.

The Critical Chance game has largely allowed Blood Rush to shine for active melee players, and with the ‘Steel’ series of Mods applying at the Base Critical Chance level, it’s led to players feeling they are obsolete. We are significantly buffing these Mods to give players a different option for Critical Chance builds. We want to give a more upfront Critical Chance and hard-hitting Heavy Attacks to builds that don’t rely on maintaining a high combo multiplier.

If we hear news regarding a new update or expansion, we’ll be sure to let people know.