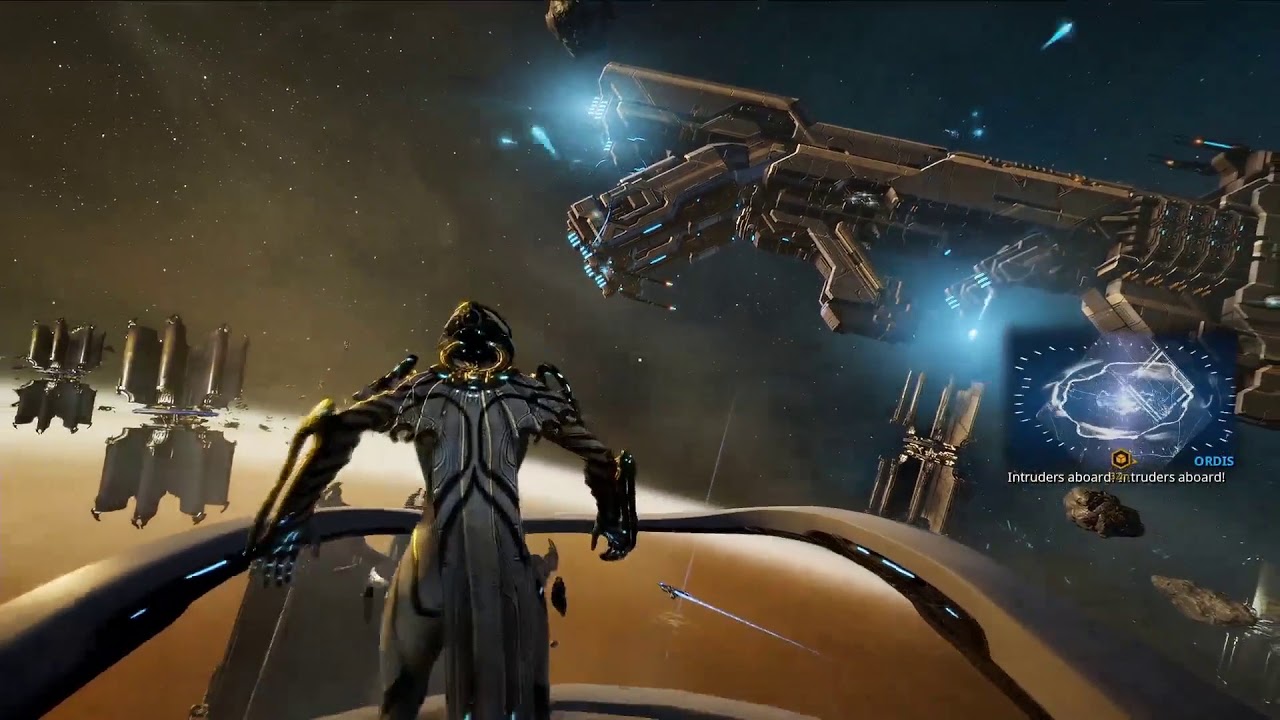 Digital Extremes has released the first Warframe patch of 2020 for consoles and it’s live now! Called the Warframe Empyrean Railjack + Kuva Lich 27.1.0 patch, console gamers will see this as Warframe update 1.82, and there’s a TON of new stuff as well as gameplay changes! Read up on the full Warframe update 1.82 patch notes below. 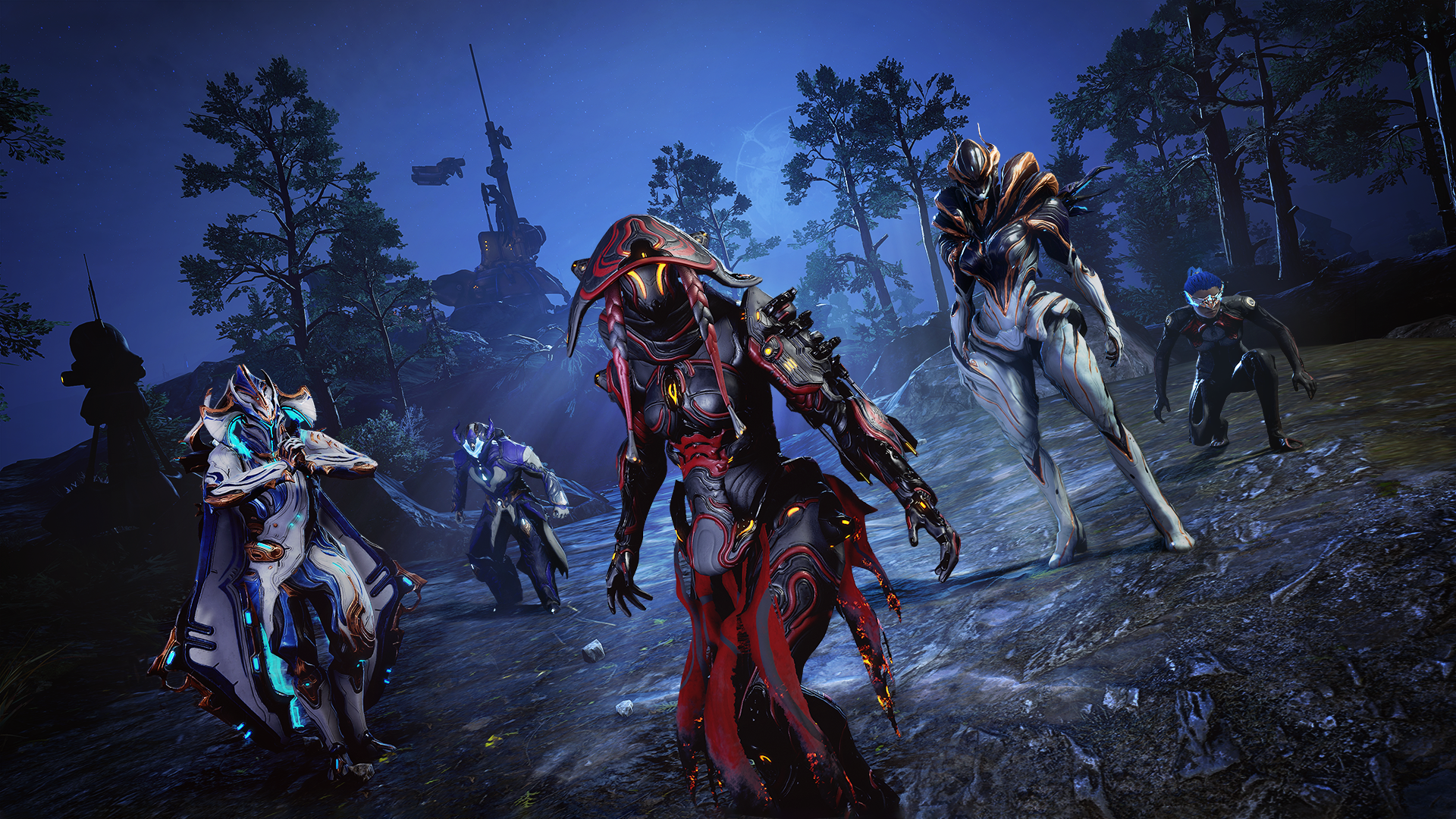 Our first TennoGen bundle of 2020 is here! It features Round 17 items from our talented creators. Find the Bundle in the in-game Market!

Little Duck is no stranger to Exotic goods – an Amp assembler and Toroid master, the strong and the strange are what she makes her business on. Her interest in Anomaly shards allows you to access new Exotic Goods:

Introducing global buffs for all Reactor types found in the wild. Any existing gear you have will simply be adjusted for Avionics capacity, which will automatically be a buff in all cases (note: the Vidar III’s range has been compressed significantly from a 30 -100 range to the new 90 -100 range, but we will not give you lower adjustments if you had a Vidar III Reactor with Avionics capacity values in the 90 -100 range before this change).

With these changes, it’s important to note how we got from Point A to B. When initially setting up the Avionics values of these rewards, we did not forsee the depth of the frustration the ranges caused, but in hindsight we should have. Thanks to your feedback, we are able to confidently make broad and major buffs across the board.

Enemy Fighters in Railjack have too much armor – meaning your Railjack weapons just don’t feel great in the time it takes to kill an enemy. All Fighter Armor values have been halved, with a slight boost in health for non-elites to compensate.

Our intent is to make Railjack weapons more effective on their own. As such, Rhino’s Roar and Saryn’s Toxic Lash no longer unintentionally affect Railjack weapons and Avionics. Warframe abilities are not intended to increase the performance of the Railjack.

All Battle Avionics are now potential drops from Elite fighters in Deep Space. Also, with new permanent markers on Avionics, you’ll now ensure none go unclaimed, because you’ll see them!

Battle Avionics rarity was exacerbated by the units they dropped on – adding drops to Elite fighters should increase your chances of acquiring one. We want to see the effects of these new drops before making additional changes.

The idea of ‘one damage type to rule them all’ is one we want to avoid in Railjack’s early days. We are rebalancing aspects of certain Damage types to ensure there’s balanced choices. The Armor changes in conjunction with this means this is a combined effort of finding the right place for all damage types, not just one leader. Please bear with us as we navigate this particular space – with your help, hopefully everyone will get to put their favourites from their Arsenal to use!

We are removing the option to buy the Rush Repair Drone and leaving it only as a reward earned at the end of mission (no longer an in-world drop due to security concerns). We are doing this based on feedback that as a purchasing option it feels too unfair of an advantage. While it technically abides by our rule of ‘Pay for Time’, it bypasses a huge segment of the Railjack resource value. You can still pay to rush Repairs once you’ve contributed resources, but you can no longer outright bypass the entire experience by purchasing the item from the market. We will continue to use Rush Repair Drones as a reward – just not as a Market item.

You may wonder why we didn’t reduce the costs of certain items and instead increased the drop chance of resources. The fact is that there is no graceful way to change the resource costs of items in progress, or these specific items that have been put into production. In the end it boils down to changing a whole host of individualized database entries vs. making the resources needed to build those items easier to acquire. In the end, the decision was made to go for the latter, although the end goal is to be effectively the same. Further balancing will occur as people continue to play the update, so make sure you continue to leave your feedback.

The birth of the very first Kuva Lich on PS4 came just 3 months ago on (November 19th, 2019)! A copious amount of Additions, Changes, and Fixes have been made since; each one of them touching the surface of feedback, but not fully reaching all the way into the depths. Today, that changes!

If you watched Devstream #136, the 2019 Player Survey showed us that out of the 27,000+ responses, the Kuva Lich system was the 2019 addition that was enjoyed the least. Many players voiced that the Kuva Lich system got progressively less fun the more time and energy was devoted to it. While finding the line between repetition and progress is one Warframe has struggled with since it’s first day, Liches highlighted some issues we aim to address while walking that line.

Let’s get to the meaty changes shall we?

1. The Kuva Larvling Who Lived
Starting from the very beginning of Kuva Lich conception brings us to Kuva Larvlings. Kuva Larvlings will now play a key role in determining your future relationship with your Kuva Lich.

As an added benefit to completing the mission even if you choose NOT to kill the Kuva Larvling, a downed Kuva Larvling will grant 100 Kuva on End of Mission.

2. Breaking Your Back for Knowledge
The first time my Kuva Lich cracked my back like celery I knew I’d have to settle the score. But, over time- and 100 back-cracks and deaths later- Parazon Requiem Attempts started to feel overly negative. To alleviate some of that back pain, we’ve prioritized knowledge over chiropractic methods:

3. Valence FUSION
This was first introduced in 26.0.6 on PC as Valence Transfer, which was an update that was not included in the original launch of Empyrean on PS4. With that in mind, here is a bit of history behind it! It has now been retitled Valence Fusion, and was designed to address owning duplicate Kuva weapons with different unique innate damage bonuses. Giving you the ability to replace a Kuva weapons innate damage bonus (plus investments like Forma, Focus Lens etc) with one from another Kuva weapon was a good start, but we can push this even further so now our PS4 Tenno are being introduced to this system in its updated version!

Your Kuva weapon duplicates now offer a gradual progression towards a “perfect” Kuva weapon, which would reflect a 60% damage value, if you choose to pursue this path.

We’re also looking at other places we could potentially use this mechanic (Railjack, etc)!

As you can see, we’ve cracked a few eggs to make this omelette! We look forward to your feedback on these Kuva Lich changes!

*Clarification on ‘Abandoning Liches’: We have removed the prototype for this for now, because rather than not fixing the core loop and just letting a Lich be banished, we intend to focus on the core loop first.

*Comment on Murmur hunting – There are some questions about Murmur hunting that are outside the scope of this hotfix, but we will be reviewing in the coming weeks once the above changes are settled in.

KUVA NUKOR (variant)
A highly-optimized Nukor that allows for the weapon’s microwave field to hit up to four additional targets.

KUVA BRAMMA (new)
This Grineer bow delivers vengeance in the form of cluster bomb-tipped arrows that can be detonated mid-air or on impact.

Converted Liches have been criticized for their lack of endurance and firepower. They don’t use their abilities, and leave a weak impression.

*Drusus has a tale to tell! Visit the new Ivara Leverian to learn more and find her Prex card! You can find the Leverian in the Market or Codex when viewing Ivara! 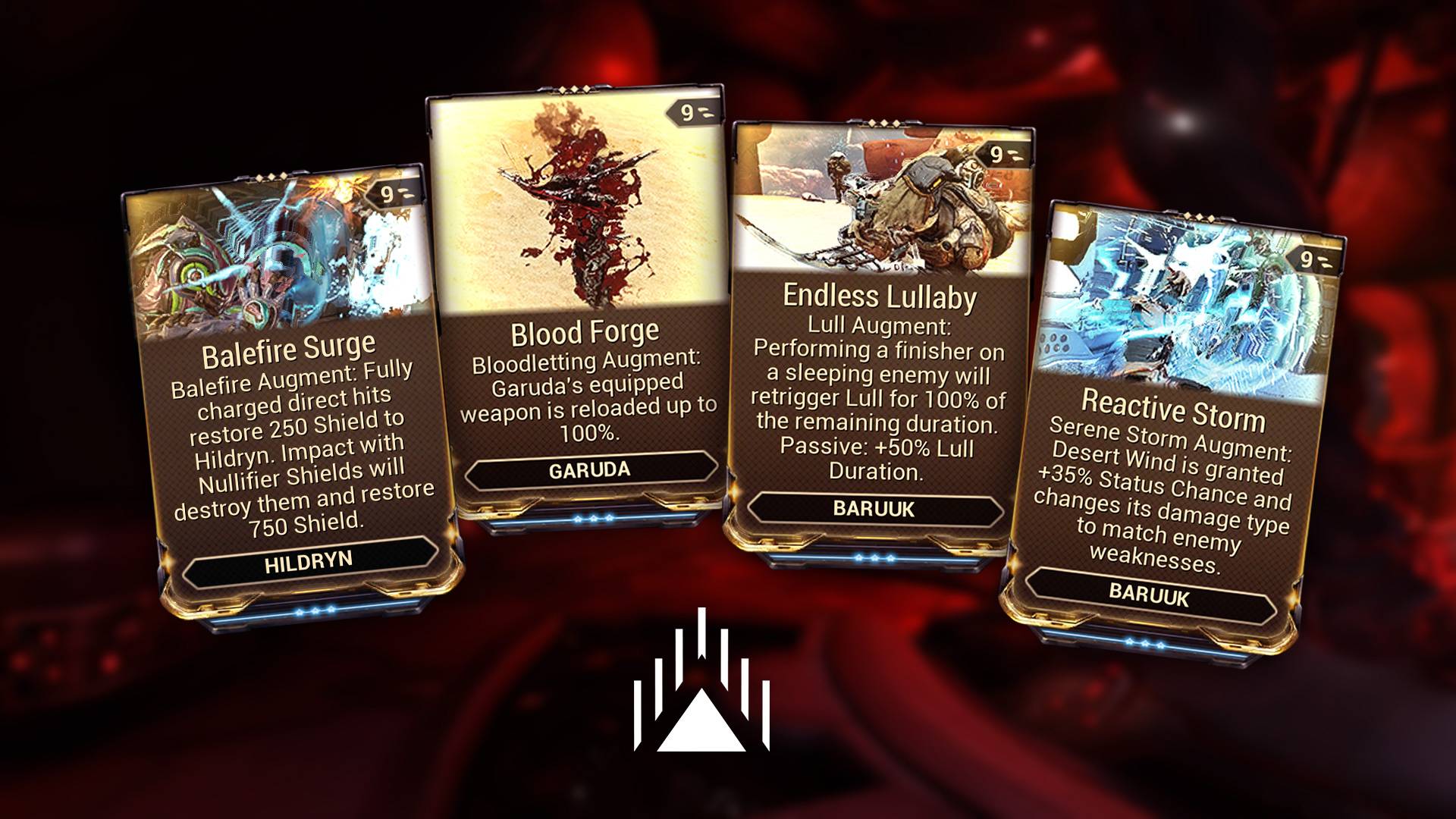 Baruuk – Lull Augment: Endless Lullaby
Performing a finisher on a sleeping enemy will retrigger Lull for 100% of the remaining duration. Passive: +50% Lull Duration.

Yep, it’s a big patch alright. Once we get wind of new content and events, we’ll let our readers know.