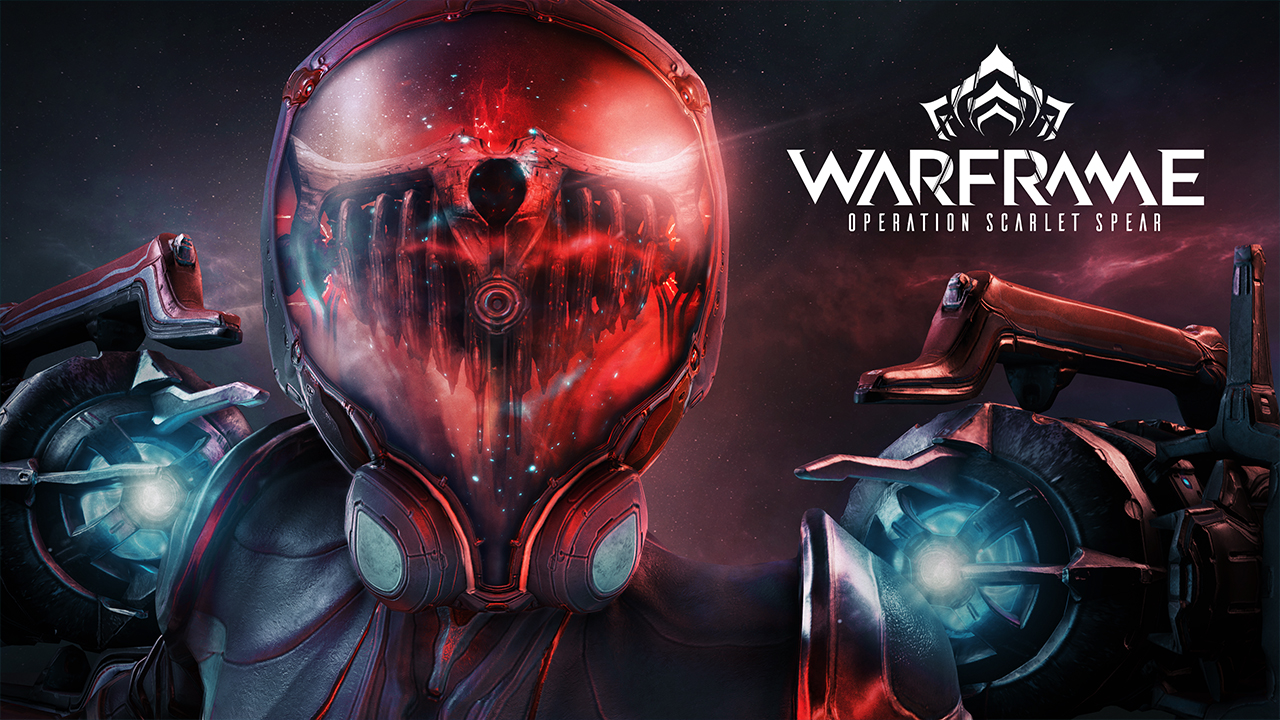 As expected from yesterday’s announcement, the new Warframe patch is out on consoles (PS4, Xbox One), and introduces the big Operation Scarlet Spear content. Digital Extremes calls this the Warframe 27.3.9 update, while console gamers will see this as Warframe update 1.84.

While PC players have been able to experience the new content for more than a week now, consoles are getting platform-specific fixes as well. We’ve listed the entire Warframe update 1.84 patch notes below.

Titania has had a history of clipping with Syadanas due to her wingspan features, and when designing her Gigelorum Prime Syandana it became apparent that it wasn’t going to sit right on her features. Considering it can look awesome on other Warframes, we started work on the shorter Gigelor Prime Syandana that will position nicely with Titania Prime’s features! We’ve also made some slight collision and offset tweaks to have the Gigelorum Prime Syandana sit nicer between Titania’s wings.

As announced in the Status thread, while we did grab PC’s Update 27.3.8, the Round 18 TennoGen items that launched with it will not be in this update for PS4. We are however in the beginning stages of transferring a curated list of items from Round 18 – transfers can take some time so we are unable to give you a clear timeline for launch, but we will share more information once the transfer process is finalized.

As a reminder from yesterday’s Status thread post, Operation: Scarlet Spear will begin later today! Since this is our first work-from-home console launch, the Operation: Scarlet Spear event itself will begin sometime after the update has deployed. To help address issues quickly if present, we want to give our QA troops hunkered down at home the ability to jump right into the event with the community. Once everyone is in a position to do so on our end, we will launch the Operation. Once it is live we will inform you across the usual Warframe channels and post the dedicated Operation thread with all you need to know to start the collective fight against this new Sentient threat! We’re extremely grateful for your patience as we work out the kinks of our new work setup so that we can bring you Operation: Scarlet Spear and more – thank you Tenno!

Introducing Operation: Scarlet Spear – a brand new event that requires the ultimate effort from the Tenno. The fight against the Sentient Threat has reached new heights – and the Tenno will be using the new “Operation Link” aka OpLink! Ground teams and Space teams will be connected realtime using OpLink – working together to deter the Sentients!

Eligible Tenno will be presented with a brand new Cinematic detailing the state of the world as THE NEW WAR is waged.

During your voyages into the unknown you will stumble across new Sentient enemies – be prepared!

Once again your favorite cross-armed lady, Little Duck, has taken her interest of Exotic Goods even further to aid you in Operation Scarlet Spear.

NOVA ATOMICA SKIN
A crucible of reactive energy harnessed within a streamlined facade.

NEW SENTIENT THEMED DOJO DECORATIONS
If Biomasses, Biofluid and Bones are your vibe then strap yourself in for an abundance of new Sentient themed Dojo Decorations!

NEW ARBITRATIONS MODS (Max Rank)
Add these new Mods to your Arsenal to spice up your life! These Mods can be purchased from the Arbitrations Honors store in Relays.

Aerial Ace (Rifle)
On Kill: Refresh Double Jump up to 6x while Airborne.

NEW WARFRAME DISABLE AUGMENTS (Max Rank)
Not everyone desires the Passive attributes that Zephyr, Nezha, and Titania bring, but still want to use them in battle. With these new Augments you can now rid yourself of their attributes and bring them to a more grounded version. Find these in their respective Syndicate Offerings!

As you may already know, in Warframe Revised we added The New War Chapters section of the Codex that allows you to shortcut to the Chimera Prologue and the Erra Quest (Sacrifice Quest completion required).

For those who have not logged in since before Warframe Revised, you will be presented with a welcome screen that now includes a direct shortcut to The New War Chapters to get you up to speed before you play Operation Scarlet Spear.

We’ve made a few changes to The New War Chapters section of the Codex:

Ensure you’re ready for the next chapter in The New War!

Instead of ending in a knockdown or ragdoll, accumulating 5+ Impact Effects in this update will result in a “big stagger” with smaller staggers leading up to it, which has a random chance to activate a Parazon Finisher if the enemy is under the Health threshold. Each Impact Status adds 10% chance for the Parazon Finisher to be available.

We are making changes to Magus Lockdown due to it being virtually one of the best CC and Damage combinations in the game. In some cases you can clear waves of Elite Sanctuary Onslaught without even using a Warframe or Weapon, and simply spam Magus Lockdown to victory. This goes well beyond the intended use of it and we are changing it to a CC only Arcane – true to its name – Magus Lockdown!

Note that Scarlet Spear will being sometime today, so don’t be surprised if you don’t see it right away after downloading this update.