Digital Extremes has released the Warframe update 2.08 March 16 patch today, and this one adds the Nightwave: Nora’s Mix Volume 1 across all platforms! Check out the full Warframe March 16 update patch notes below.

**NOTE: Nightwave: Nora’s Mix Vol.1 will officially begin later today, so that we can synchronize the start time across all platforms!

We have entered the era of Nora’s Mix. Aptly named, Nora has brought with her a mix of unique rewards spanning the old and new. With a fresh selection of Acts, both new and experienced Tenno can earn the new Nora’s Mix Vol. 1 Cred in style.

For this edition of Nora’s Mix, a total of 22 new Daily, Weekly, and Elite Weekly Acts have been added to give you new ways to earn Cred! Complete them to earn never-before-seen Customizations including the new Glacia Syandana, Liset Domestik Drone, and more listed below.

Liquidation
Sell any item in your Inventory for Credits.

Two for One
Pierce and kill 2 or more enemies in a single Bow shot.

Death from Above
Kill 10 enemies with ground slams.

Swatter
Kill 3 Drones or Ospreys with your Melee Weapon.

Topping Off the Tank
Successfully defend an Excavator without allowing it to run out of power.

The Personal Touch
Place 1 decoration in your Orbiter.

Augmentation
Install an Augment Mod on your Warframe.

A Firm Shake
Shake the hand of a fellow Tenno using the Handshake Emote.

Builder’s Touch
Claim an item from your Foundry.

Medic
Revive a fellow Tenno or a Companion.

Stay on top
Kill 20 enemies using a Necramech while hovering.

Night and Day
Collect 15 Vome or Fass Residue in the Cambion Drift.

Loyalty
Gain 5,000 Standing with any one Syndicate faction.

The Old Ways
Complete 1 mission with only a single pistol and a glaive equipped.

Antiquarian
Open one of each era/tier of Relic (Lith, Meso, Neo, Axi).

The Price of Freedom
Free one Captured Solaris using a Granum Crown.

The Many Made Whole
Convert 10 Riven Slivers into a Riven Mod.

Rise of the Machine
Kill 300 enemies using a Necramech without getting destroyed.

Dual Swords Stavika Skin
One of the very first dual swords designed exclusively for Tenno use, thought to be commissioned by the House of Stavika.

Ivara In Action Glyph
Show off your stealth look with this Glyph for your profile!

‘Combat Reload’ Augment Mod for Tigris
On headshot kill, or if 5+ pellets hit the head, increase reload speed by +120% for 3s (at max).

‘Range Advantage’ Augment Mod for Akjagara
+300% damage if no enemies are within 10m (at max).

Liset Domestik Drone
A Tenno engineered cleaning drone designed in the elegant style of the Liset.

Plus a hand-picked selection of rewards from previous Nightwave acts!

And evergreen rewards you know and love:

For patrons of Nora’s previous Acts, duplicate protection will be maintained for rewards that you’ve already unlocked. Identical to Nora’s Choice, Tenno can expect to be compensated with Nora’s Mix Vol. 1 Creds instead of the previous unlocked reward! 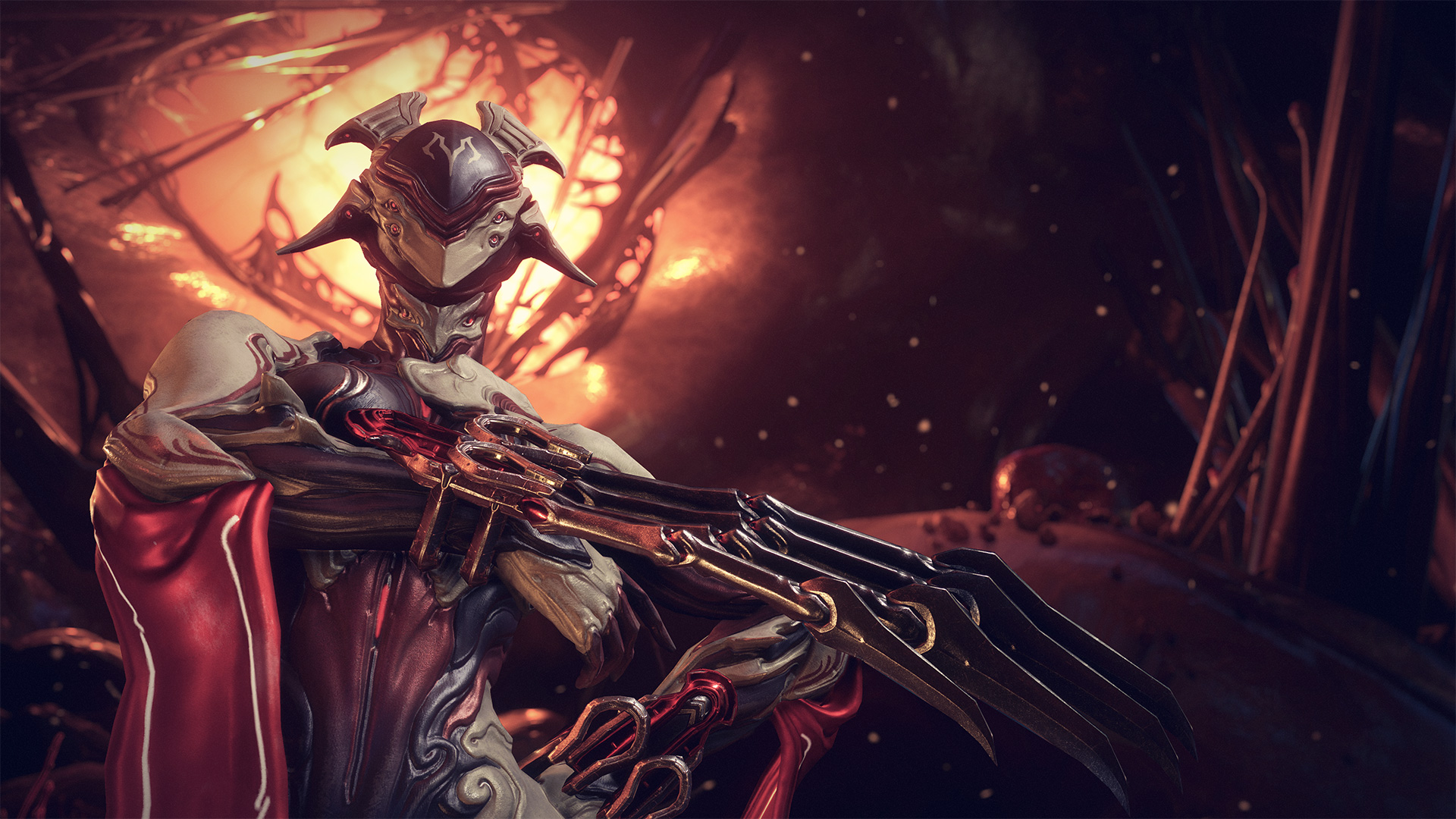 The crimson maiden of death has been streamlined for more satisfying butchery! With a focus on adding more maneuverability and deadliness to the queen of gore, the following changes have been made:

Passive
Killing enemies (including assists) now increases damage by 5% up to 100% and drains by 1% every 2 seconds. Kills stall the drain for 5 seconds. This is reflected in a new UI icon in the bottom-right corner of your screen. 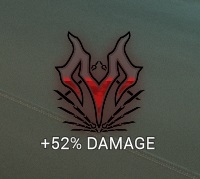 WARFRAME AUGMENT BUFFS
As mentioned in our last Devstream, we set out to buff a selection of Augments that were underused according to our statistics. Our goal is to bring these Augments up to speed, and align them with our more popular Augments. The buffs below are merely additions onto what already exists in the game. This won’t be our only batch, so expect to see more Augment changes in the future!

Ash: Smoke Shadow:
Before: Conceals allies within 15m for 8s.
New: Added +150% Critical Hit Chance buff while the player is in stealth.

Baruuk: Endless Lullaby
Before: Performing a finisher on a sleeping enemy would retrigger Lull for 100% of the remaining duration.
New: In addition to finishers, Lull’s refill duration now triggers when a sleeping enemy is directly killed (does not trigger on assists). Can now only be triggered once per 3 seconds.

Excalibur: Furious Javelin
Before: Each enemy hit would increase Excalibur’s Melee Damage by 10% for 16s
New: Melee damage is now increased to 15% at maximum Rank.

Garuda: Dread Ward
Before: Become unkillable for 5 seconds when Dread Mirror kills a target by ripping its life force.
New: The invulnerability duration has been increased to 8 seconds. Dread Ward also has new visual feedback when casted.

Chroma: Guided Effigy
Before: Cast and hold to make Effigy move to your aim point. Deals 2000 damage per second to enemies in its path and roars on arrival stunning nearby enemies.
New: Now deals double the damage and restores 5 Energy for each enemy in its path. Also improved the responsiveness of Effigy when turning/moving.

Hydroid: Curative Undertow
Before: Allies can stand in the pool to regain 30% health every 1.5 seconds, increasing the energy drain on Hydroid per ally.
New: The energy drain to heal allies has been removed, and the Augment’s description has been updated to indicate that Hydroid will restore 10% Health (this was always an effect, it was just not indicated in the description).

Hydroid: Tidal Impunity
Before: Clears Status Effects and grants 12 seconds of Status Immunity for yourself and allies that come in contact with Tidal Surge.
New: Reduced Tidal Surge’s Energy cost from 25 to 15.

Calling all Dojo crafters! We have added two new rooms and new Dojo Decorations inspired by the Grineer Kuva Fortress and Orokin Tower tilesets for you to let your creativity fly.
Additions:

That’s about it for the patch. Once a new title update or new content drop is announced, we’ll let our readers know. Stay tuned by bookmarking our Warframe game hub.