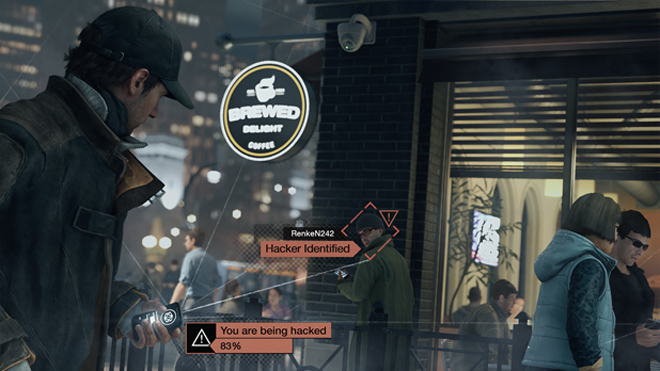 Ubisoft has been awfully quiet about Watch Dogs multiplayer, so much that they even demoed it behind closed doors at this years E3 without even the invitees knowing that it was a multiplayer showing.

In the latest blog post on the official Ubisoft Blog, the viewers watched as the main character, Aiden, was wandering around doing what appeared to be some single-player activities. Within ten minutes of the demo, Aiden received an alert on his phone, saying that he was being hacked. 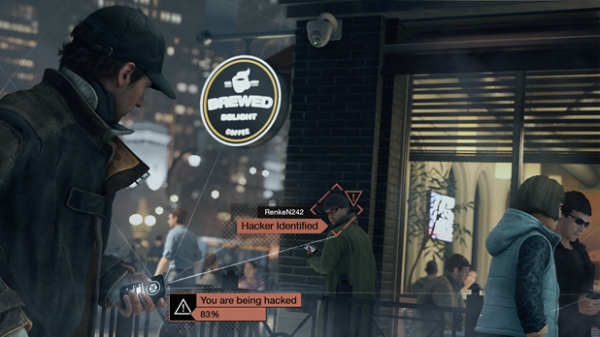 “With time running out, Aiden hacks a camera to scan a wider range, and he spots a suspicious-looking NPC crouching in a nearby alley. Aiden sets off to stop him, a chase ensues, and then a firefight. In this particular demo, Aiden ends up shooting the hacker, thus stopping his malicious virus install.

And then the lights go up.

The lights, in this case, are from another room in our behind-closed-doors demo at E3 2013. Animation director Colin Graham, who was playing the game for us, points to his co-worker, also playing the game, now visible through a previously darkened window. That was no NPC, after all. This is Watch Dogs multiplayer in action.”

You may be wondering to yourself if this means we get custom characters. Here’s the beauty of the multiplayer for Watch Dogs: Everyone is Aiden (the main character), but we won’t see each other. Instead, we will, in fact, appear as ordinary NPC’s from the game. We’ll be able to hack one another, or “grief,” which will basically prevent the other player from stopping a crime, and even do missions with one another. Luckily though, the feature is disabled during story and side-missions, so you don’t have to worry about people ruining those aspects of the game for you, and even if you still don’t believe that there’s an option to turn it off completely.

Hopefully well have more details (no promises) later on this week as our very own David Veselka will be wondering the Ubisoft booths tomorrow at E3.