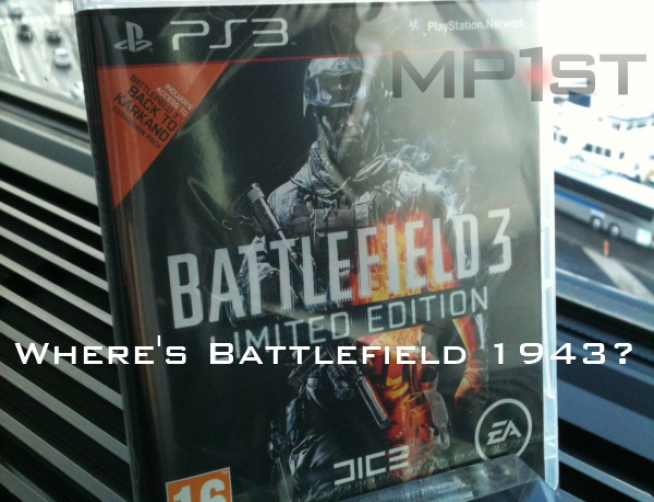 Back at E3 this year, EA announced during the Sony Conference that the PS3 version of Battlefield 3 will ship with a free copy of Battlefield 1943. Since then, there hasn’t been much talk about this exclusive deal; however, Sony did snag a one-week DLC head start. A few days ago, Karl Magnus Troedsson teased us with a picture of one of the first PS3 retail copies of Battlefield 3. As you can see above, there’s no reference to Battlefield 1943 on the box. I also checked on EA’s Origin shop (not the PC digital one) and every major retailer’s website, and BF1943 wasn’t mentioned anywhere. I played a lot of 1943 since it came out in 2009, and the game holds up to this day. I was looking forward for an influx of new players. The only quibble I had with the downloadable title was the lack of weapon variety, but for the price of admission, $9.99, it is definitely a bargain and one of the best downloadable multiplayer experiences offered on PSN and Xbox Live. Battlefield 1943 features one of the classic maps of the Battlefield franchise in Wake Island, which will be one of the Back in Karkand’s maps. 1943 also features ‘Air Superiority’ mode where you engage in airplanes dogfights.

Don’t forget to read BF3 – Have your Say in Back to Karkand, Origin Preload Now Available? And more 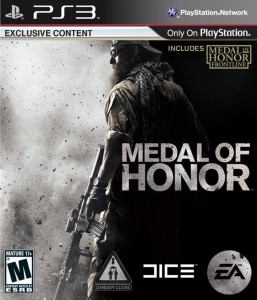