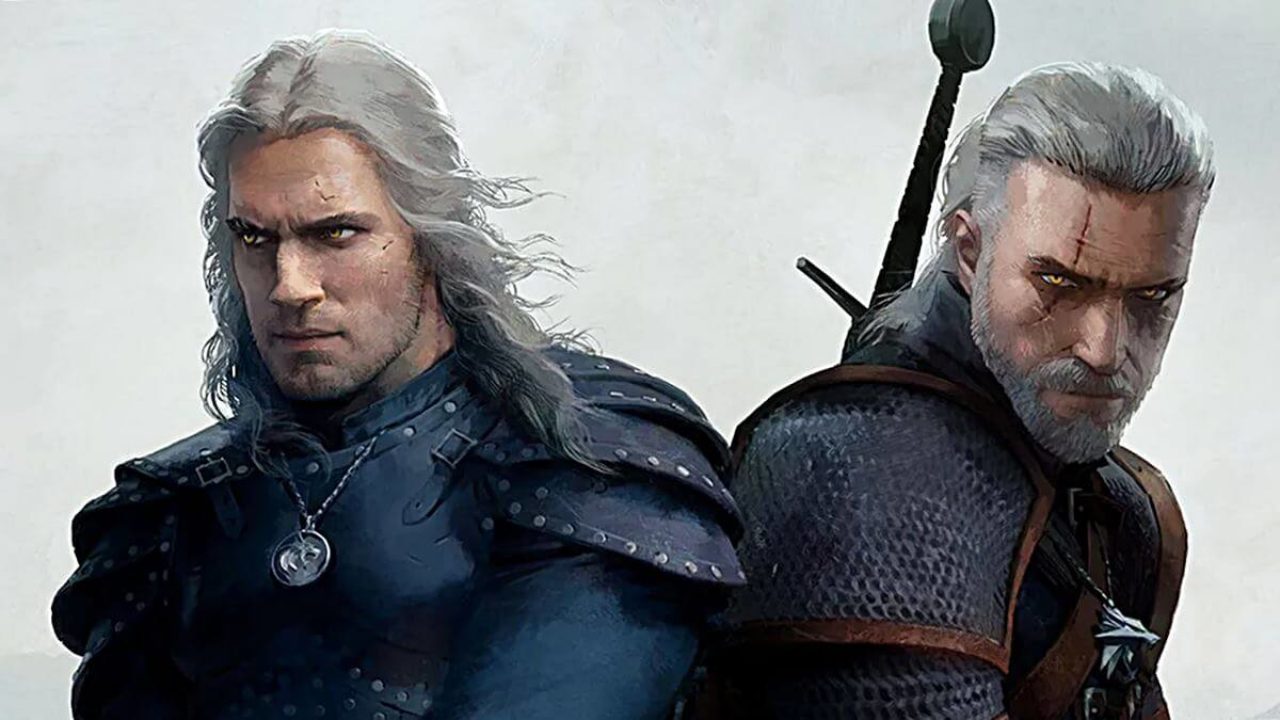 There’s a lot in store for fans of Geralt of Rivia and the world of the Continent, as the WitcherCon schedule has been revealed with The Witcher Season 2, Henry Cavill, and more coming this July 9!

Check out the full highlights from this image announcing the schedule. 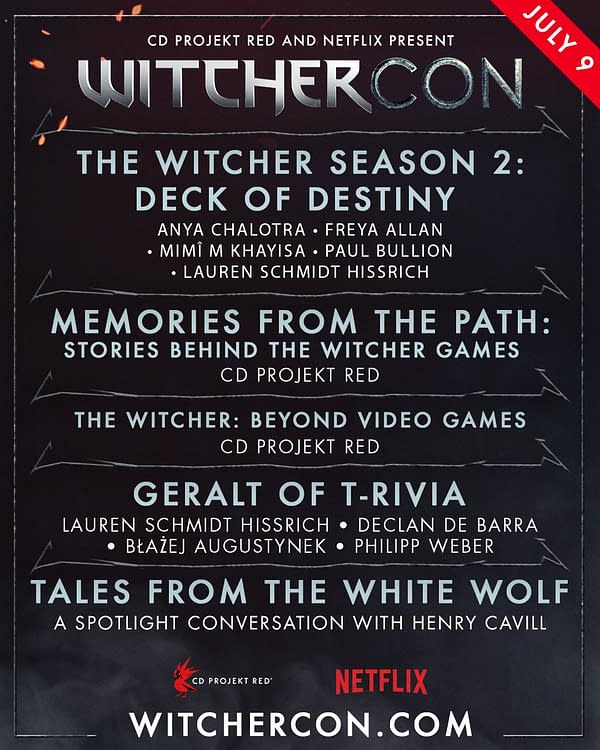 Here’s the rest of the details of what the digital event celebration by Netflix and CD Projekt Red is offering via press release.

In Memories from the Path: Stories Behind The Witcher Games,  developers and key figures from the creation of The Witcher series of games discuss how they bring stories to life in digital worlds, while also reminiscing about favorite moments — and forgotten relics — from the games.
In Monster Slayer:Live the Life of a Witcher, the team at Spokko will help gamers prepare to become a witcher themselves by showing off what their new location-based AR RPG is all about.
And The Witcher: Beyond Video Games will contain insight into the creative process behind items from the expanded Witcher universe, including comic books and the upcoming board game — The Witcher: Old World.
All of this will be accompanied by much more content from both CD PROJEKT RED and Netflix, as well as multiple musical performances throughout from composer Marcin Przybyłowicz and folk metal band Percival — who both worked on the award-winning Original Score for The Witcher 3: Wild Hunt.

WitcherCon had a short teaser released promoting the event, which you can view here if you missed it.
Tags: cd projekt red Netflix The Witcher WitcherCon
Previous Post