The War Heroes DLC skin pack is now out as well on all platforms.

Developer notes on the new changes below. 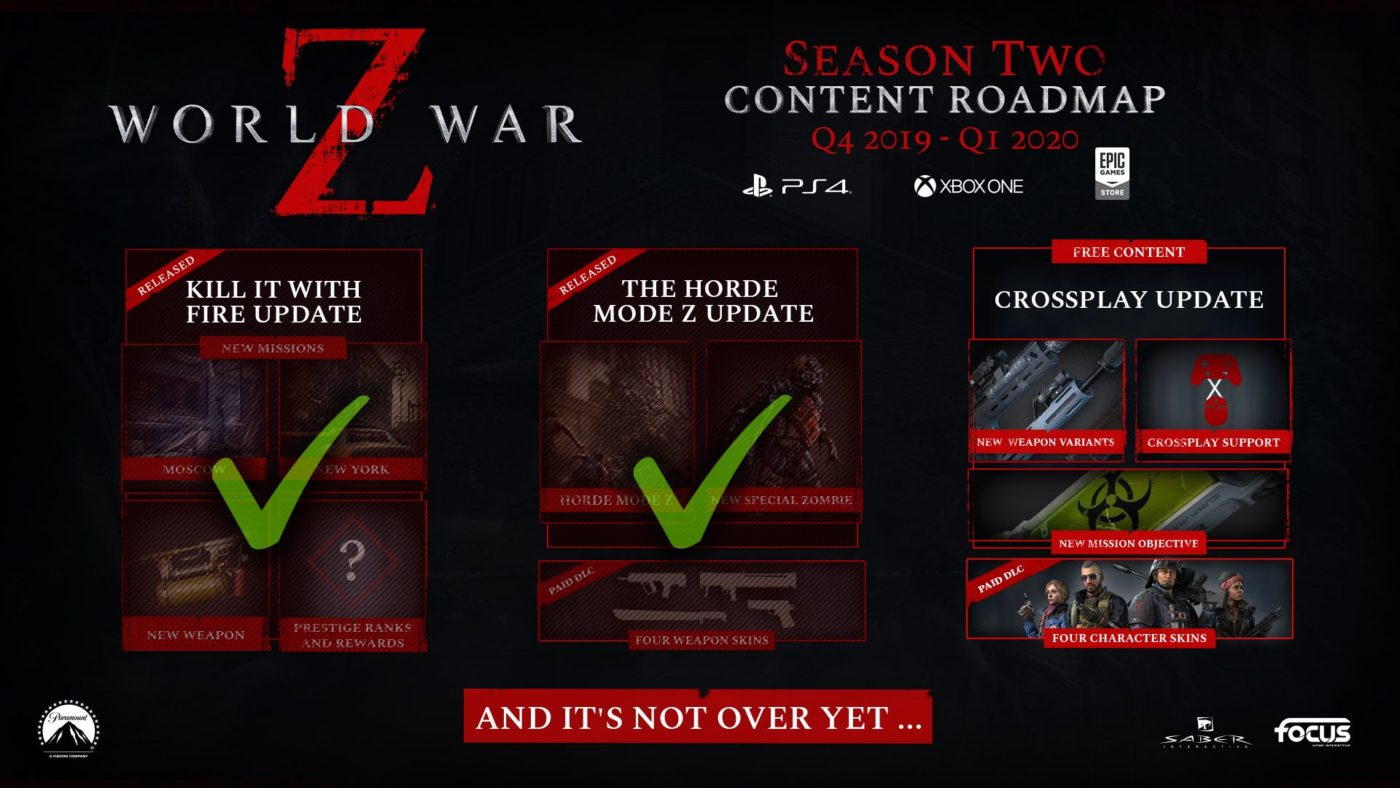 A new mission objective has also been added. In every mission, a Virus Sample canister will spawn in various locations, which the player must loot and bring to the end of the mission. They can also be looted from a Bomber if it’s taken down correctly. The longer you hold on to the Virus Sample, the more negative effects it will apply to you, so make sure to hurry!

Horde Mode Z has received a host of balancing tweaks based on community feedback. More xp and currency rewards, fewer special zombies in normal mode, and a long list of further changes visible below.

Jump into Horde Mode Z, Missions, or Multiplayer and enjoy the five new weapon variants with their unique perks as well, such as the thumper grenade launcher’s incendiary explosives, or the fully automatic machine pistol!

Saber adds that future content is planned in the form of a new location, three new missions and characters. More will be shared soon.