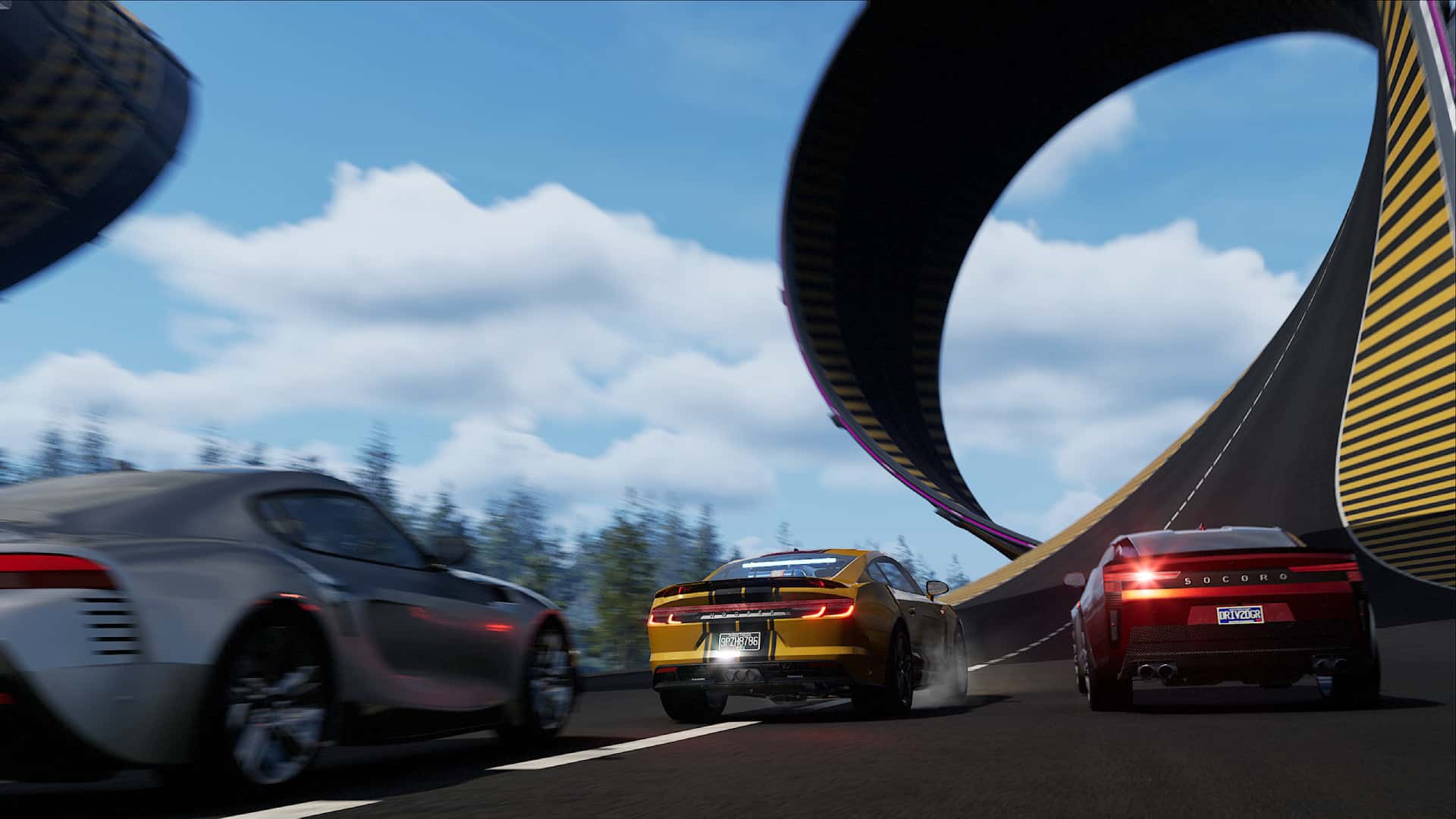 During today’s THQ Nordic Digital Showcase event, the company announced a new game titled “Wreckreation.” This is more than just a racing game however, as it lets gamers build and alter racing tracks while you (and others) are playing it!

Check out the trailer alongside the official game details!

Wreckreation is the home of your very own MixWorld, a 400 square kilometers big racing realm that is yours to create, shape – and wreck. Developed by Three Fields Entertainment, a team consisting of Burnout and Need for Speed series creators, Wreckreation was designed to be the ultimate open-world sandbox experience for driving and racing fans alike. A complete world of your own design or designed together with your friends online. In Wreckreation you can continually strive to outrace, out-stunt or even out-crash yourself and the rest of the world on courses and tracks designed by you or your friends. But yours will probably be better anyway.
Wreckreation is set to race out on the PS4, PS5, Xbox One, Xbox Series X|S and PC with no formal release date revealed just yet.
Tags: Three Fields Entertainment wreckreation
Previous Post