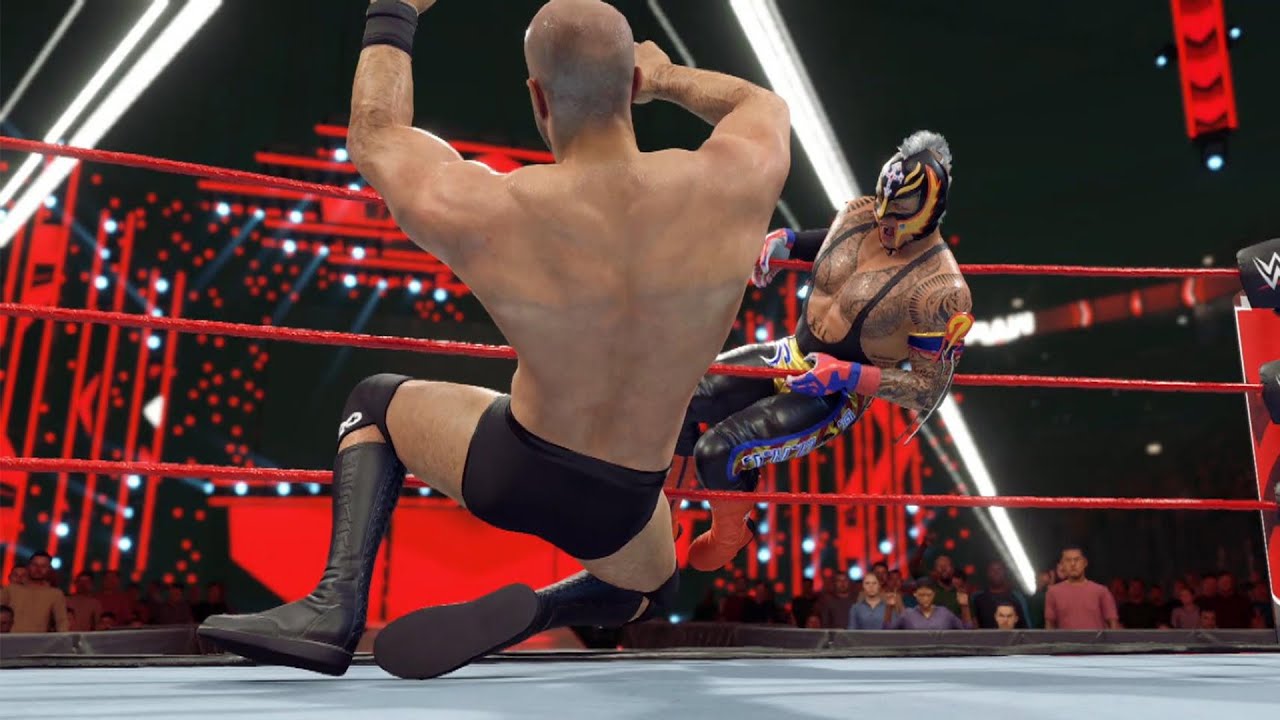 Ahead of its release later this month, all WWE 2K22 trophies have been revealed online. As expected, there are tons of things for gamers to achieve. There are 55 trophies in total, and they cover many of the game’s main modes. You get trophies for Showcase, MyRISE, MYGM, and more. You even get an interesting trophy if you can beat Roman Reigns on Legendary mode. You can see the full trophy list below thanks to Exophase. 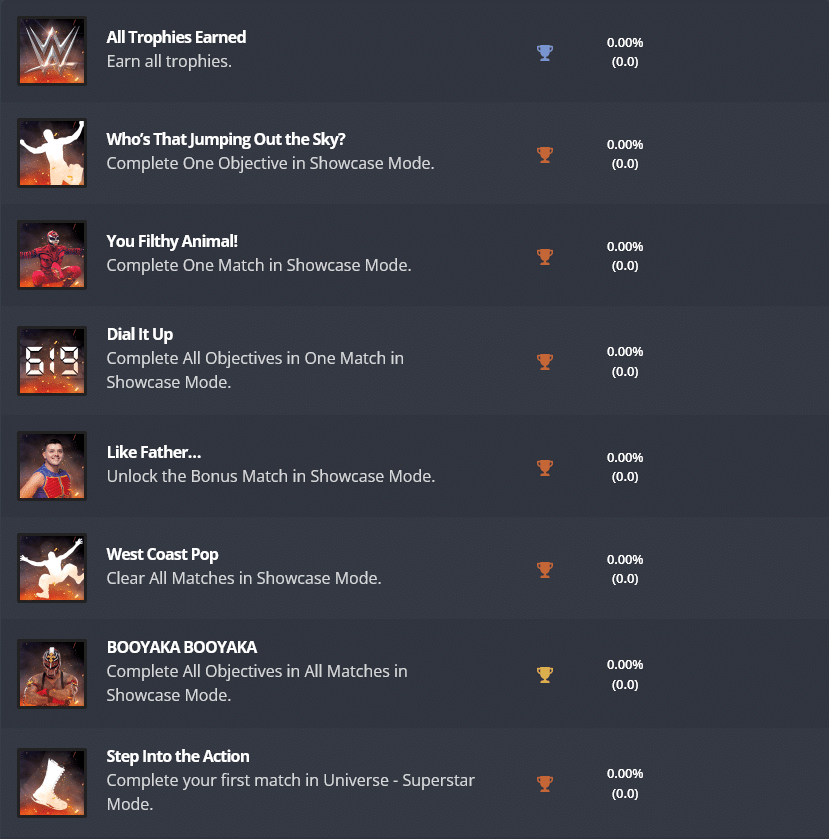 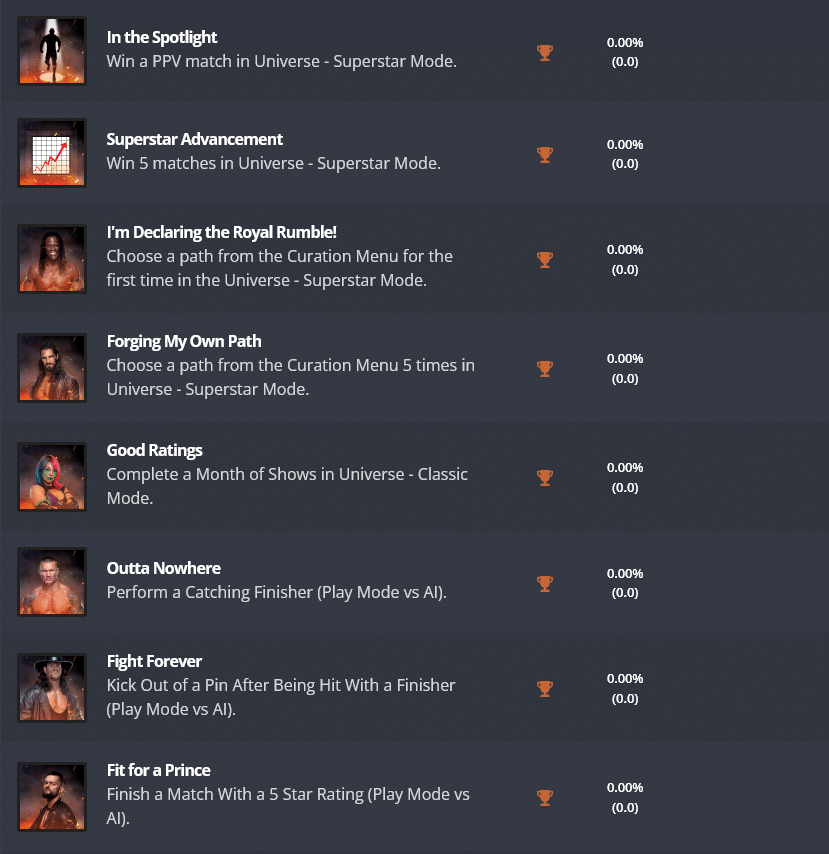 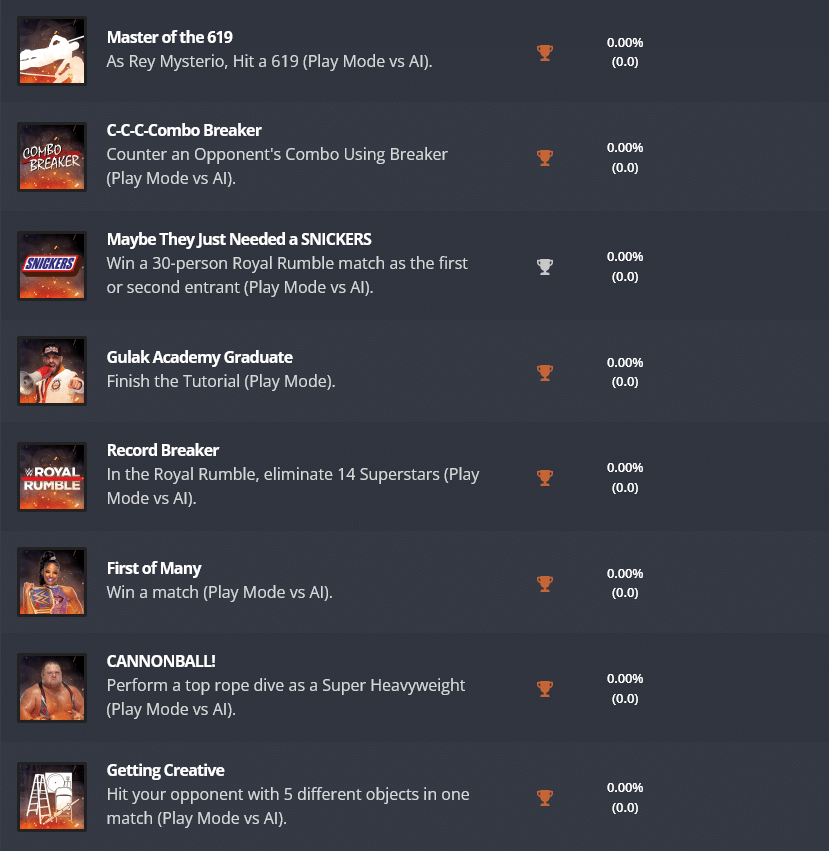 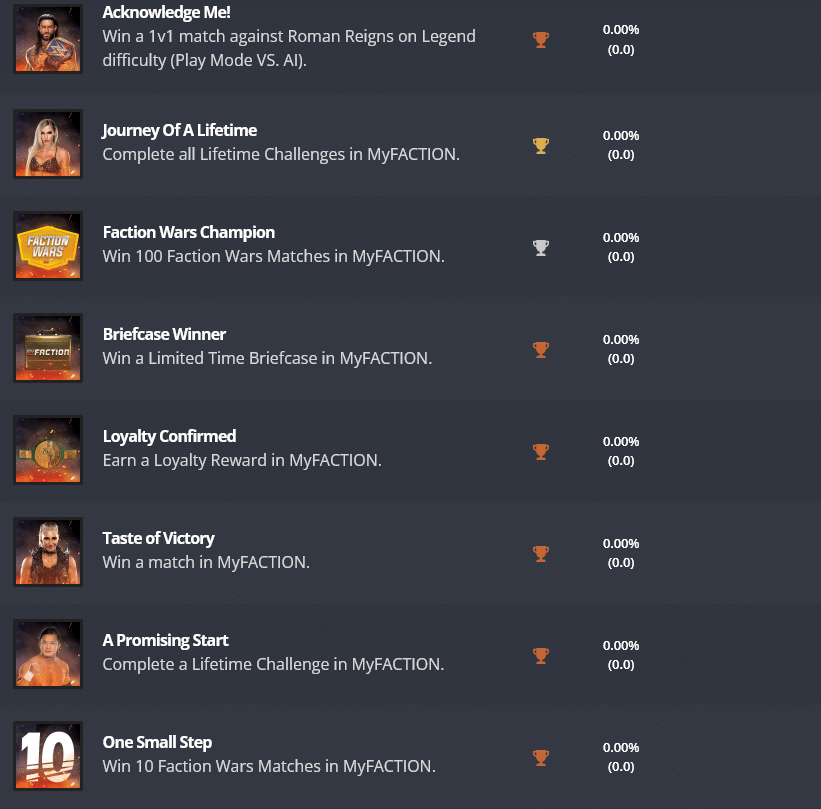 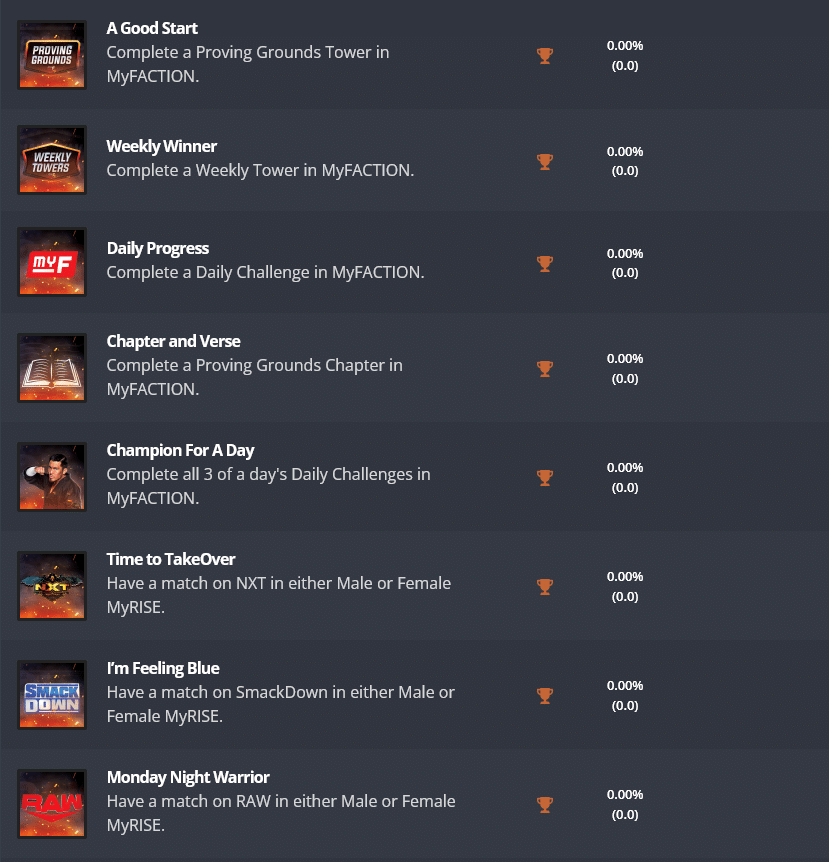 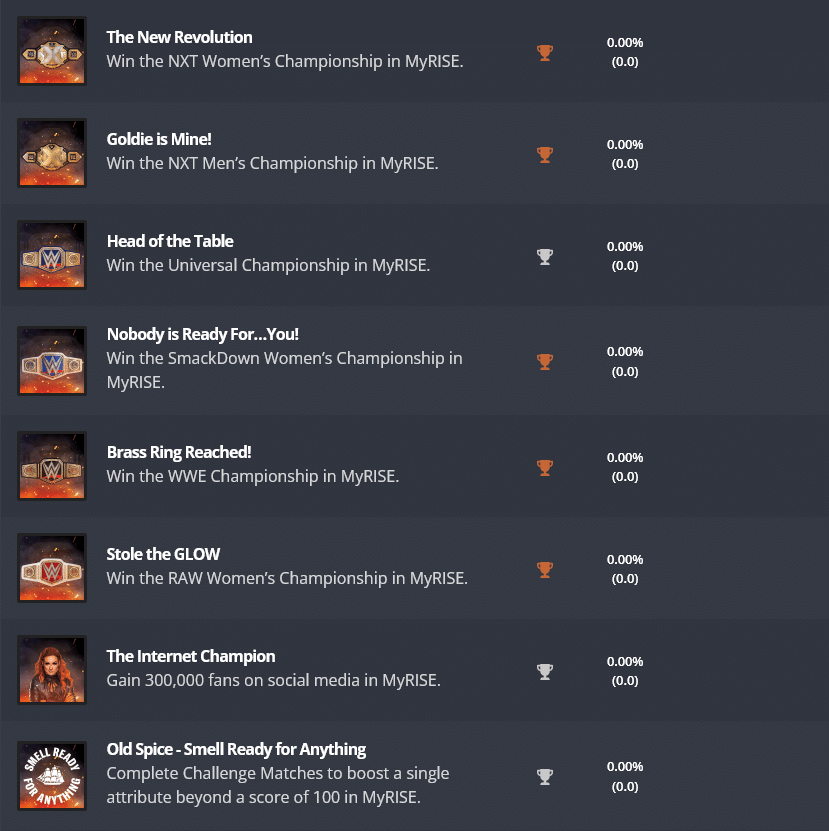 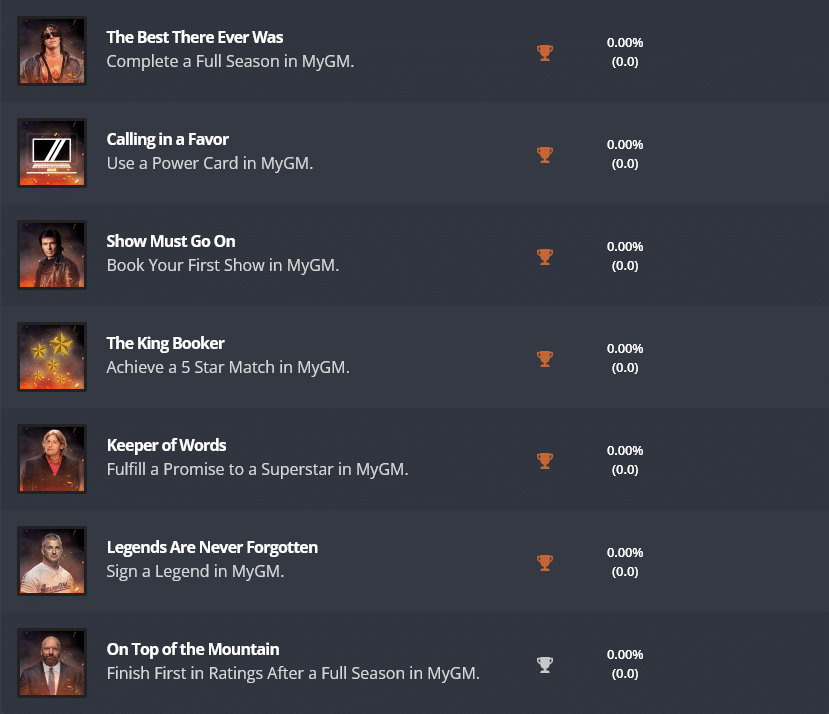 WWE 2K22 releases on March 11, 2022 for the PC, PS5, Xbox Series X/S, PS4, and Xbox One platforms. The full roster has been revealed this week, and it features tons of old and new wrestlers. This is the first mainline WWE game since WWE 2K20 released in 2019.

In case you missed it, 2K recently announced Machine Gun Kelly’s inclusion in the game as both soundtrack producer and playable character, and you can read all about it here.