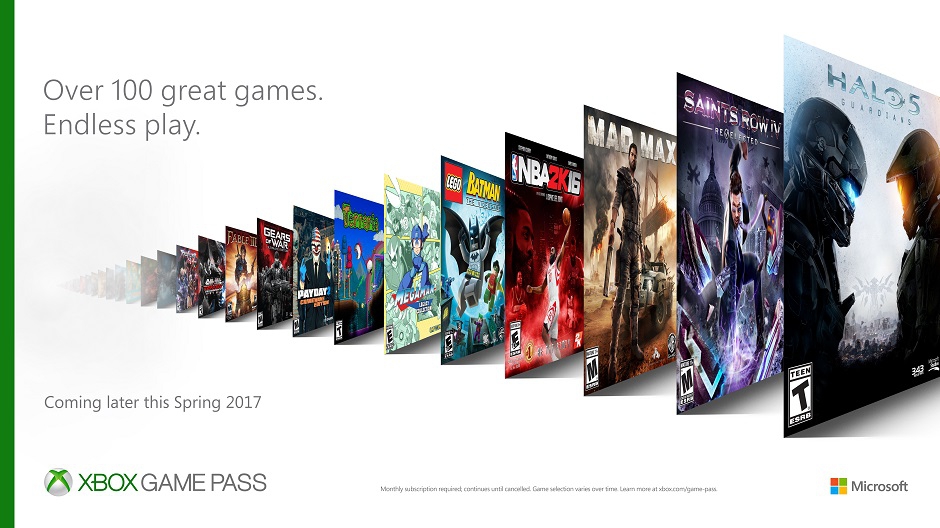 Have you signed up for Microsoft’s Xbox Game Pass? If not, then this might entice you to pony up the dough.

According to Microsoft, every Xbox exclusive game from Microsoft’s first-party studios will hit the Xbox Game Pass the same day as their global release date. One prime example is Rare’s pirate adventure game Sea of Thieves which will launch on March 20 on retail, digital download, and on the Xbox Game Pass program.

With Xbox Game Pass you get unlimited access to over 100 great Xbox One and Xbox 360 games on Xbox One for one low monthly price. And now, you’ll be able to play highly-anticipated new exclusive Xbox One games like Sea of Thieves, State of Decay 2, and Crackdown 3 with your Xbox Game Pass subscription the day they’re released. Start your 14-day free Xbox Game Pass trial today: http://www.xbox.com/game-pass or directly from your Xbox One console.

This is definitely good news for Xbox One gamers since they can sample the latest games unlike before wherein only old games were available in the Xbox Game Pass.