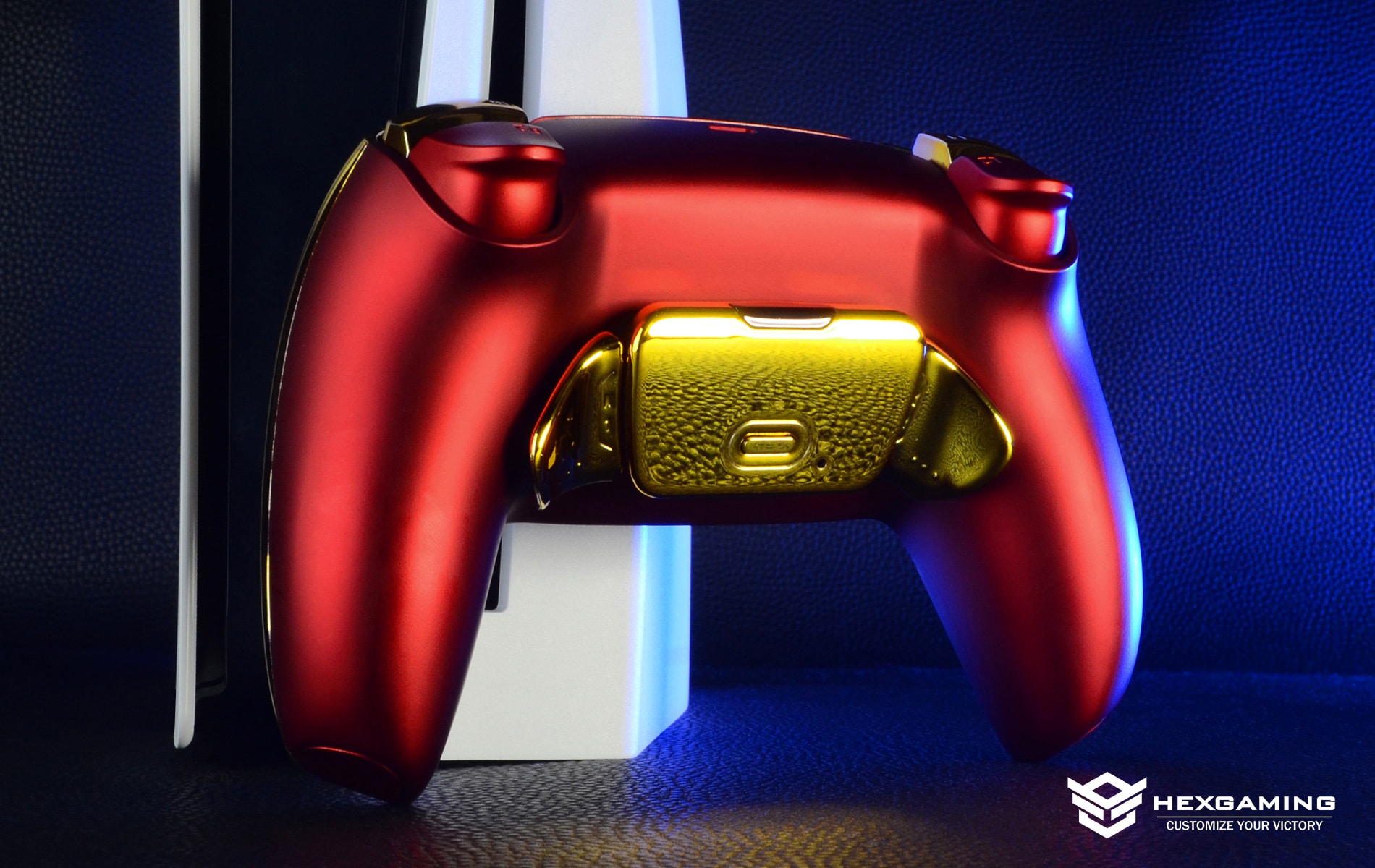 If you’re a shooter fan, and you play on consoles, chances are, you’ve already bought a custom controller that featured back buttons/paddles for the PS4 and/or Xbox One. Heck, it’s become so widespread that not only did Microsoft release their own version of it with the Elite Controller for Xbox, but Sony even launched the official back button attachment for the PS4!

Now, if you’re an Xbox Series gamer, you can just use your old Elite controller on your new console, and game on. Unfortunately though, that’s not the case with the PS5 and its new controller, the DualSense. Not only won’t the official back button attachment not fit or work with the DualSense, but custom controllers on the PS5 aren’t exactly easy to obtain — at least until now.

Enter HexGaming, and their “Rival” PS5 controller that not only offers back buttons, but also trigger stops to make shooting faster! First thing you have to ask yourself even before considering getting one is: are you a multiplayer shooter fan? If the answer to that is no, then this controller might not add any value to your gaming sessions. However, for those that play a ton of online multiplayer shooters (like me), there’s a lot to love about the HexGaming PS5 Rival controller even if it has a rather steep $290 price tag. 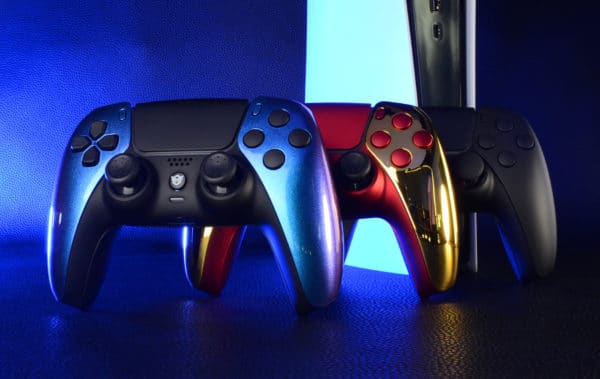 Given the HexGaming PS5 Rival controller is based on the original DualSense, it’s no surprise that the thing looks and feels sturdy. There is no worry of any cheap material being used at all, If you’ve laid hands on a DualSense controller and liked how it felt, you should feel at home with the HexGaming PS5 controller.

While the feel might be the same, the weight isn’t. With the added back buttons, the HexGaming PS5 controller feels a wee bit heavier than your standard DualSense, which is understandable.

With custom controllers, the biggest complaint most gamers have is how durable it is, which is a logical concern give its price. I mean, no one wants to buy a new one every few months or even a new one every year, since, well, it is a very expensive peripheral. While I’ve only had the HexGaming PS5 Rival controller for a few weeks, I have subjected it to non-stop use, and so far, it seems to be sturdy enough that I might (keyword here is “might”) not need a new custom controller for at least a few years.

If this is indeed as sturdy as it feels now, then multiplayer shooter fans are in a good place.

For those curious about the warranty, there is a 90-day (three months) available for gamers once they purchase it, and if they share their purchase on social media (tagging the official HexGaming account), they will get an extended warranty of 180 days (six months), which isn’t bad.

The key features of the HexGaming Rival controller for PS5 are (via the press release):

The biggest draw here are obviously the back buttons, which are easy to set up, and requires no key, magnets or any other item. Simply follow the instructions, keep an eye out on the back attachment blinking lights and that’s it. It’s very easy to set up and fast.

Outside of the back buttons which is the biggest addition to the controller (and is what people are paying for essentially), the triggers are also optimized for multiplayer shooters. The trigger stops have been adjusted so the L2, R2 buttons require just a slight button press to fire (given R2 is usually the default button to fire in most shooters), as opposed to the original DualSense that requires a lot more pressure to fire your weapon in games (yes, I know you can turn off the adaptive triggers for the DualSense, but even so, the trigger stops for the Rival are better for firing weapons).

This same trigger sensitivity are applied to the L1 and R1 buttons as well, so if you prefer to fire quick in shooters, or be able to use equipment, abilities and whatnot with a quick button press, then this should be perfect for you.

In addition to the hair triggers and back buttons, the analog sticks are also given a much-needed height adjustment. The unit comes with a set of interchangeable thumbsticks in a plastic container, so you can mix and match the height to your heart’s content. I definitely prefer the higher sticks when playing shooters, as opposed to the DualSense’s. It’s just easier to move your aiming reticle, and in some cases, it helps in accidental R3/L3 pressing (which results in an unintended melee attack in most shooters). 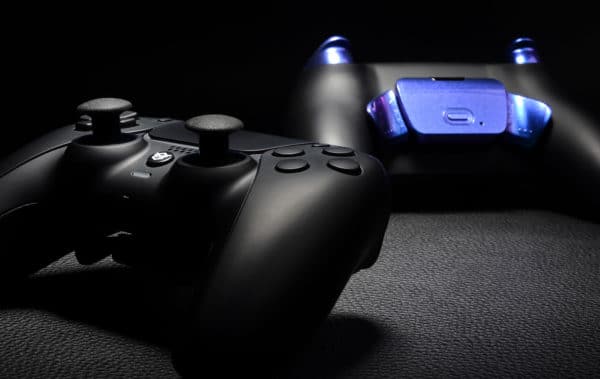 While the R2 and L2 triggers are easier to press (and in turn go ADS and fire weapons), this comes with a cost. One of the DualSense’s new features are the adaptive triggers, that adds context-sensitive pressure to the triggers (ie. makes firing a shotgun feel different from firing a handgun). With the shortened triggers on the Rival controller, this isn’t really possible. So, say, a game like Ratchet & Clank Rift Apart which fires different kinds of bullets depending on how hard you squeeze, that’s not really possible with the Rival controller as far as I’m aware.

The HexGaming PS5 Rival controller was made for shooters. Heck, even it’s marketing focus on “competitive gameplay,” “forged for eSports’ and the like, which means the company knows why gamers would want to spring for a $290 controller.

It’s as simple as this: if you cannot play online multiplayer shooters without back buttons (like me), then you’ll probably want to give the Rival controller a look since it’s the only game in town (as far as we’re aware). If you haven’t tried playing multiplayer shooters with back buttons before, you might want to, as it will give you a huge advantage in online games without cheating!

However, if you find yourself not really minding how well you perform in online shooters or rarely play the at all, then the PS5 Rival controller provides essentially zero value for you — outside of the higher analog sticks and different color combinations.

The big question of “is the price tag worth it?” will be subjective on whether you play online multiplayer shooters or not, and if you care enough to improve your game to warrant the price tag. If the answer is yes (I don’t blame you), then know that the Rival PS5 controller feels sturdier than its predecessors  we won’t name which ones) which might make that $290 price tag a bit easier to swallow — at least until Sony releases an official back button attachment for the PS5.

For the moment, the HexGaming Rival PS5 controller is the only game in town for custom, competitive controllers on the PS5, and it’s up to you to decide whether this is one hex you want to cast or not.

HexGaming PS5 Rival controller provided by manufacturer. Controller is out now for $289.99 and can be ordered via the official HexGaming website.