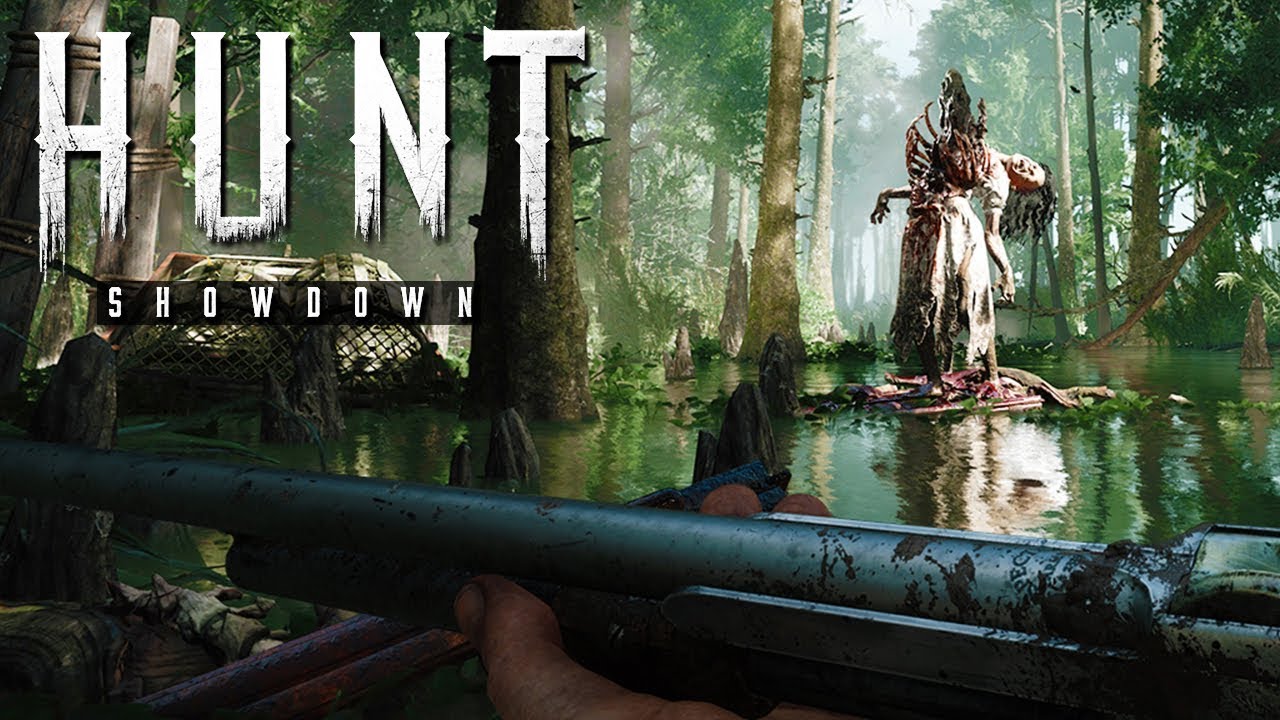 On paper, Crytek’s Hunt: Showdown should be right up my alley. A mix of PvE and PvP monster-hunting FPS with persistent leveling, gorgeous visuals and a robot series of upgrade paths. For this to work at its best it requires teamwork and communication. Unfortunately, the reality is hampered by whether or not you’re playing with friends because with randoms it plays like the video game equivalent of applying for a job that requires experience but since no one will hire you, you can’t get the required experience. 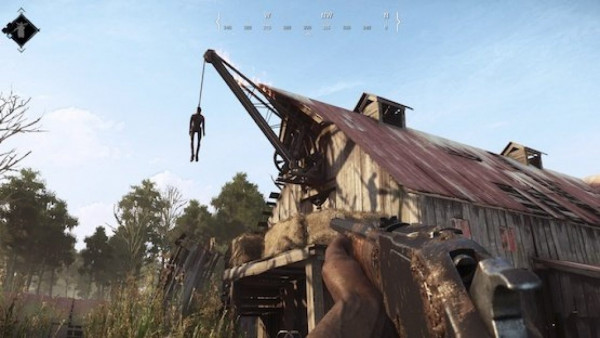 Killing Is My Business…

Hunt: Showdown is set in the 1890s, you’re tasked with hunting down and banishing various monsters from the world. At the start, you are given some options of hunters with preset load-outs that can be changed as you level up and acquire the in-game currencies to purchase new weapons, perks, and consumables.

At the start of the match, you are spawned at one of the maps starting locations and must make your away across it to find clues that will lead you to the location of the monsters you’re hunting. Once you have found three clues you can approach and kill the monster and then banish it. Once banished you collect the bounty and have to make your way to one of the map’s extraction points. Sounds simple enough.

Making matters far more challenging is that there are other player teams attempting to do the same thing and they can halt your progress by killing you at any point during the match. Sometimes death at the hands of other players will come swiftly if you happen to cross paths before finding all of the clues, other times it could come while fighting the monster you’re hunting. Once the banishing begins all of the players are notified and enemy hunters have a finite amount of time to converge on the area highlighted on the map. In one instance I was able to kill the enemy player while they were trying to extract with the bounty so I collected it from their corpse and my team escaped with the spoils. 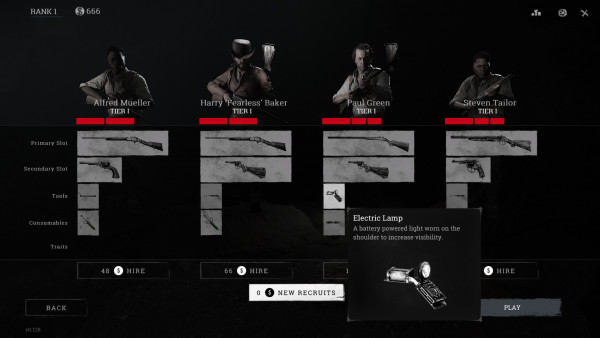 The only notifications you have of enemy locations prior to when the banishing starts is through the sound of their gunshots. In this case, a good pair of headphones helps immeasurably. These audio cues can either pull you to them or send you the other way to avoid confrontation and head to one of the other clue areas highlighted on the screen by holding down the R1 button and employing “Dark Sight” which turns the screen black and white save for some glowing blue areas in the distance.

Making your way to these clues will take you through all manner of structures and environments. Along the way, there are NPC enemies to contend with ranging for your standard, slow-moving zombies called “Grunts” to a Hive, which is a misshapen woman who sends swarms of poisonous bees at you, to Meatheads that are super tough tank-like enemies that will rush you a powerful melee attack. Different enemies can cause different kinds of status damage such as the aforementioned poison, as well as bleed and burn. Different perks can be equipped prior to the start of the match that mitigates the damage by these status effects. 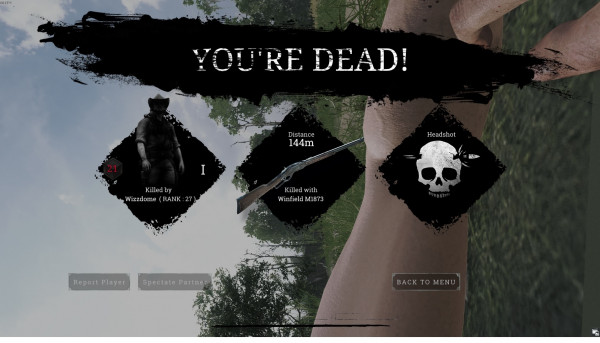 Once the match is over you’re awarded points and currency, win or lose, for a litany of things you have done during the match including finding clues and killing enemy players or reviving a downed teammate. You can use this currency to buy better weapons, consumables, perks, and abilities as well as new Hunters. Abilities and perks include using less stamina when sprinting, getting a health boost from finding clues, and a lot more. In theory, perks seem to work best with a coordinated, balanced team so each player can have certain strengths and abilities and weapons. And if you have such a team, Hunt: Showdown is a blast.

Put Me In, Coach

Unfortunately for me, I rarely had that experience due to my limited time to be able to play at night and literally no friends that wanted this game. So within days I was out-leveled by other players in the community and found out through many, many attempts to team up with randoms, they don’t really want to play with players at lower levels. This can and will be very frustrating because one night I spent literally an hour trying to matchmake only to get two players and have them quit the lobby almost instantly. I mean, I get it. They don’t know me and probably don’t want to have to carry me, despite me being able to pull my weight even at a low level, low skill. And I get that this is “me” thing.

Hunt: Showdown is a very good game with a lot of neat features that can offer months of replayability to unlock everything.  However, I can only really recommend if you have friends to play with because in 2020, finding randoms worth playing with is about as common as finding a unicorn in Manhattan.

(If you’re fortunate enough to find or have people to play with, add a point to my final score)